The live streaming TV landscape has gotten a lot more complicated in the past year. 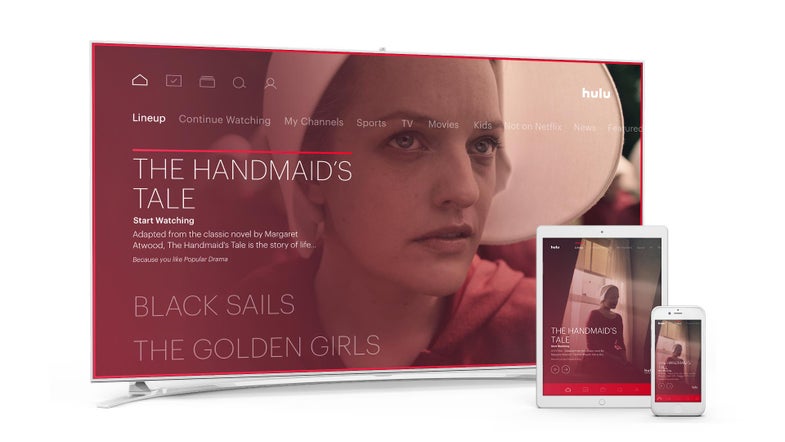 Hulu first started teasing its plans for a premium Live TV streaming service exactly one year ago. Today, the program is going into public beta with a $40 per month subscription plan that includes more than 50 live TV channels (the exact number can vary because local affiliate access varies by region), as well as the content found in it’s typical $8.99 streaming subscription service.

The company hasn’t been secretive about its process, and has been announcing content partnerships along the way. Since the initial announcement, however, the live TV streaming service landscape has changed quite a bit in just one year. New services like Google’s YouTube TV and AT&T’s DIRECTV NOW popped up and existing services like Dish Network’s Sling TV and Playstation Vue have tweaked their offerings to match the current trend of “skinny bundles,” which allow users to get more customized content packages at lower subscription prices.

The list of channels included with Hulu’s $40 streaming package feels very familiar. The selection is similar to what you’ll find in a standard cable package or one of there other live TV streaming services, including channels like CNN, ESPN, TNT, TBS, and the big broadcast networks. The only option by way of a-la-carte channels is a premium Showtime add-on for $9 per month. Hulu says that options for other premium channel add-ons (they weren’t specific about which ones) would be coming down the road.

You’ll noticed that Hulu Live TV is missing Viacom channels like MTV, which is the result of an exclusivity deal with DIRECTV, so the lack of MTV and Comedy Central might hurt a bit.

In a way, the $40 all-in package has the feel of a cable subscription more than some of the more customizable options like Sling TV or Playstation Vue, which offers several tiers depending on which channels you want to watch.

Many of the other streaming TV services, including YouTube TV and DirecTV Now start at the standard $35 rate, which is slightly cheaper than Hulu’s new offering. Hulu, however, also includes its typical streaming service, which usually costs $8.99 on its own. If you want the commercial free option with Hulu’s streaming content, it still costs the extra $4.

Sling offers a much cheaper $20 per month package, but it’s light on channels unless you augment it with a la carte offerings. Otherwise, the pricing across the board is fairly standard.

The standard Hulu streaming plan comes with DVR service that can record up to 50 hours of content with two simultaneous recordings. For an extra $14.99 per month, you can upgrade the DVR service to a capacity of 200 hours with unlimited simultaneous recordings. While the standard DVR package should be fine for those switching from traditional cable, it pales in comparison to Google’s YouTube TV offering, which offers unlimited cloud-based DVR storage as part of its standard $35 subscription.

At launch, Hulu’s service will work with Apple TV, iOS, Android, Chromecast, and Xbox One (Roku, Amazon Fire TV, and Samsung smart TV compatibility is in the works). This puts Hulu in the middle of the pack in terms of compatibility, on par with Playstation Vue (which add obvious Playstation support) and Directv Now for the moment. Sling TV offers more options and YouTube TV offers considerably fewer.

In order to accommodate the new features, the app has gotten a facelift. It supports up to six different profiles and offers content recommendations based on user preferences and watching habits. The app integrates live content, recorded content, and streaming content, so if you search for a show or movie, it will check all three options.

Live sports is one of the main things that still draws people to live TV and Hulu supplements the typical suite of sports channels (CBS Sports, ESPN, Fox Sports, NBC Sports) with regional sports networks where available. Hulu can also track sports teams from major league and automatically record that team’s games when available. Of course, pro sports tend to have tons of broadcast restrictions, but if you’re a fan of a team based in your local market, it could be very handy.

YouTube TV offers 12 sports channels with its standard $35 package, but it’s currently limited in terms of regional availability. It does, however, lack TNT and TBS, which host some of the biggest MLB and NBA games of the year.

The $40 Hulu Live TV subscription includes up to two simultaneous streams, but you can upgrade to unlimited in-house streams and three outside streams for $15 per month. If you get both the upgraded HDR and the simultaneous stream upgrade, Hulu offers a discount, bringing the total package cost to $60 and saving $10. The $15 upgrade seems a little steep, but the limit of two simultaneous streams isn’t unusually low. YouTube TV offers 3, while Sling TV only offers one with its basic $20 Orange package and up to three with the more expensive Blue package. PlayStation Vue, however, offers five, so if you have a big family, that may be a consideration.

So, which one should you pick?

Right now, there’s a convergence going on with almost all of these services. The decision about which one is right for you likely comes down to a few specific factors, like compatibility with your set top box, or the availability of content in your own area. Most of the major players are now in the live streaming TV game, so that will hopefully mean each service will now be out to prove their worth and carve out their specific niche in the market with added features and expanded functionality.

On paper, Hulu’s $40 Live TV subscription seems like the best option—at least on paper—for users looking to “cut the cord” on cable and replace it with a single digital subscription. It’s nice to have the option to bail out of DVR and live broadcast content and dive into Hulu’s library of streaming content.