The Note20, bean-shaped earbuds, and all the other products Samsung just announced

Plus, a new foldable and a big emphasis on "mystic" colors. 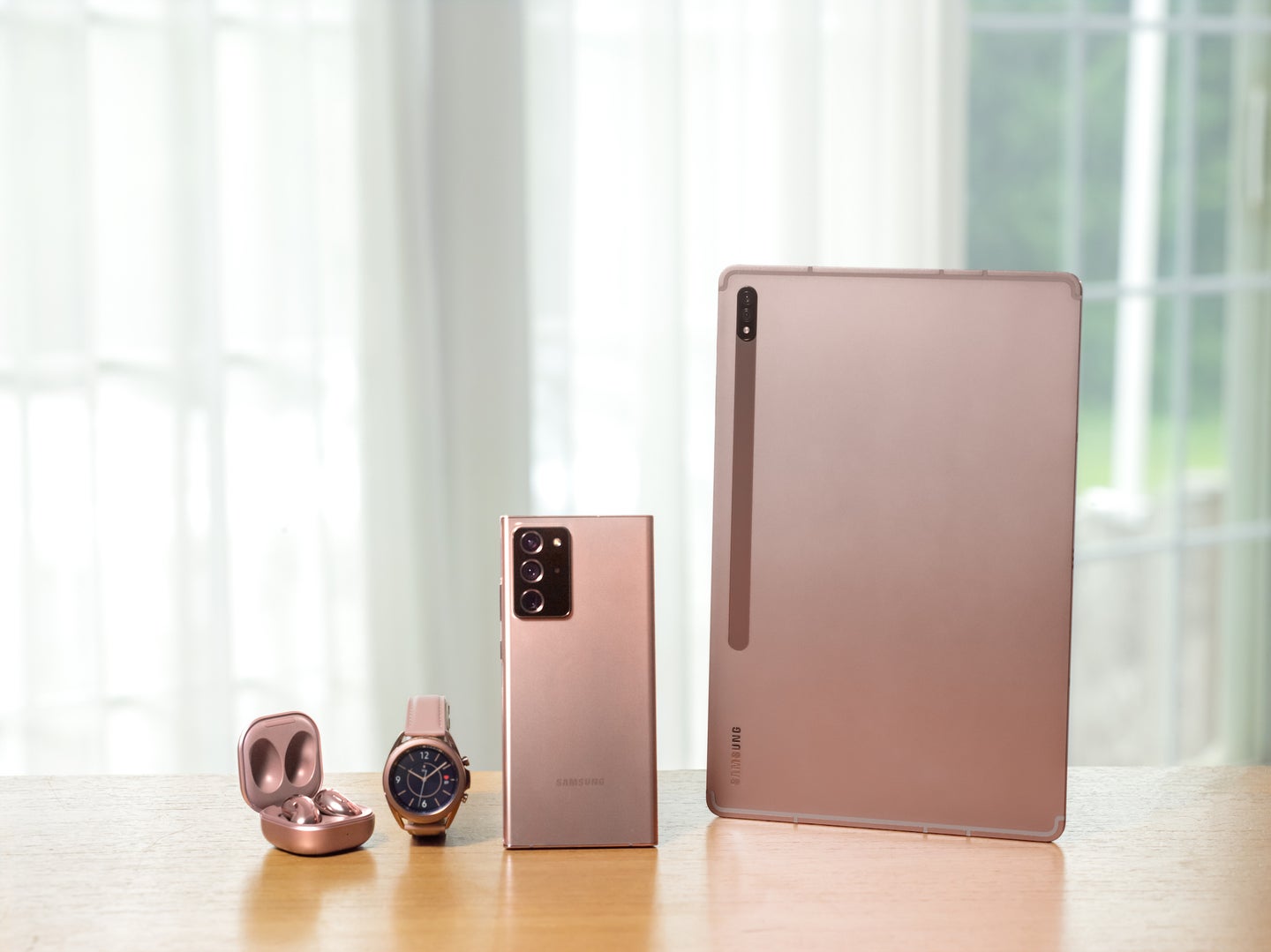 Samsung announced a slew of new phones, wearables, and tablets in an event streamed from South Korea this morning. The presentation, called Unpacked, included plenty of talk about the new normal that the coronavirus pandemic has led to, and featured video of remote Samsung fans applauding in the background. In brief, it was a typical tech product unveiling during strange times.

The event’s headliners were two smartphone additions to the company’s Note line. The Note devices are different from most other mainstream handsets in that they feature a stylus for drawing or taking notes on the screen. That gizmo is called the S Pen, and it slides into a slot on the phone. Samsung says they’ve reduced the latency—the delay between drawing a line and when it appears on the screen—to a matter of 9 milliseconds, so users can hopefully get their thoughts down smoothly.

Last year’s Note was called the Note10, but the new model will jump to 20 to match the Galaxy S20, which was revealed back in February.

The new Note20 and Note20 Ultra boast screens that are 6.7 and 6.9 inches across, respectively. Their refresh rate is a very fast 120 hertz (that means the screen can refresh 120 per second), leading to what Samsung boasts is “buttery smoothness.”

The Note phones, which are a favorite for gamers, will now integrate with some Xbox games. Clip the phone onto an Xbox controller, and suddenly it becomes a portable gaming station.

Fair warning, these are expensive flagship devices: The Note20 with 5G will cost $999, and Note20 Ultra with 5G will go for $1,299. They’re available on August 21 but can be preordered starting tomorrow.

Most visually striking are Samsung’s new wireless earbuds, which come in a clamshell-like case that opens like a ring box. They’re shiny, shaped like sleek kidney beans or polished pebbles, and made to fit in a person’s ears without any sticks protruding out like Apple’s AirPods. The company says that the buds can play for six hours on a charge. Like other products in the category wireless earbud category, the case doubles as a power bank. The headphones boast three mics and a voice-pickup unit—and they also have active noise cancelling. They’ll start at $169 and will be available on August 6.

Samsung also unveiled a new version of their smartwatch, which comes either 41mm or 45mm in size. Like Apple, Samsung is focusing on the health-monitoring features of this wearable. It can take blood pressure (they recommend calibrating it with a real blood pressure device), track blood-oxygen levels, and record an electrocardiogram, or ECG. (That’s a feature that Apple added to its watch back in 2018.) But as is the case with most wearables from tech companies that offer biometrics, it’s wise to take the readings with a grain of salt and not substitute them for real medical checkups. The company notes that the blood pressure and ECG metrics will only work for people using them in South Korea right now.

The two watches start at $399 or $429 (for the versions without an LTE connection) and will be available on August 6 as well.

The company also debuted two new tablets: the Tab S7 and S7+. The bigger of the two, the S7+, is 12.4 inches across. Like the Note20, these tablets can be used with a stylus, which in this case clips onto the outside, and also have a 120 Hz screen-refresh rate. A 5G version is available for both for $200 more than a Wi-Fi-only version.

Last and hopefully not creased comes the latest in Samsung’s folding touch-screen phones. The Fold2 opens like a book, like the previous-gen Fold product. (They also make a folding flip phone.) The screen on the front of the new Fold2 is 6.2 inches diagonally. Cracking the device open reveals a second 7.6-inch screen inside. The company has a rocky history with foldables—making a screen that can bend shut without cracking is tricky, and the results tend to be expensive. We’ll have to wait to see what the reviewers think of this one in the fall; the company says that further info will be announced next month.