It even accepts interchangeable lenses. 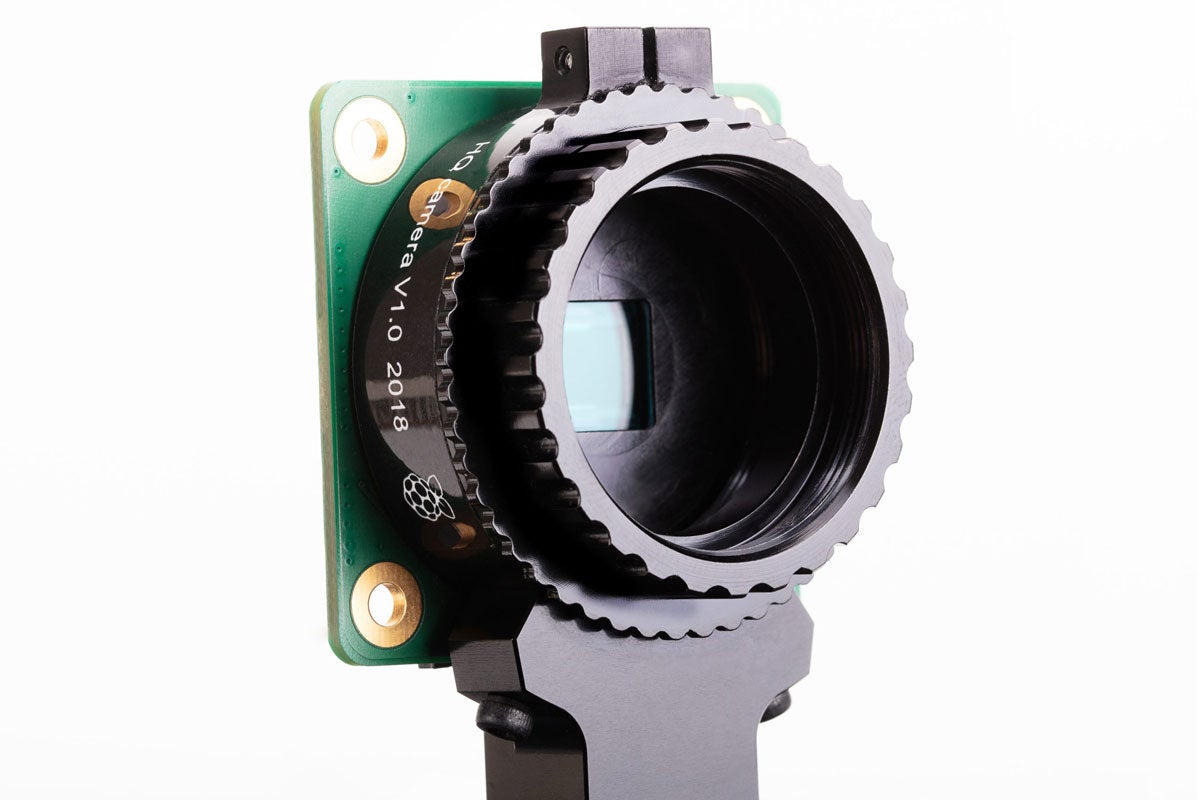 Even if you don’t fancy yourself a coder or maker, Raspberry Pi’s tiny, dirt cheap computers offer a great entry point into that world. Just $35 will get you the essential guts for a fully working computer (you supply the mouse, keyboard, monitor, and power supply). Now, the company has announced a high-quality camera module that works with its pint-sized computers. It has a 12-megapixel resolution, a mount for interchangeable lenses, and an enticing $50 price tag.

As the price suggests, this isn’t meant for frankensteining your own DSLR, but rather for cool DIY projects. The Official Raspberry Pi Camera Guide (which is available as a free PDF), offers up ideas like building your own security system, setting up a camera trap that automatically captures images of animals as they walk by in the wild, or programming epic time lapses you can export as high-res movies. The projects take varying amounts of experience and know-how, but there’s a vast network of Raspberry Pi experts with tips to share out there on the web, which is part of what makes it such a popular platform for makers in the first place.

The new Raspberry Pi High Quality Camera replaces the old Camera Module that debuted back in 2013 and represents a serious upgrade in terms of image quality. It’s built around a Sony IMX477 image sensor, which is intended for cameras like camcorders, and is roughly the size of the sensors you’d find in a smartphone camera. So, it won’t blow your DSLR out of the water, but its 12-megapixel resolution should be plenty for most applications, unless you’re hoping to make large prints.

The most interesting part, however, is the interchangeable camera mount sitting in front of the sensor. It accepts C and CS-mount lenses, which are typically small and useful for things like security cameras that don’t need absurdly high resolution.

Raspberry Pi currently offers a pair of native lenses for the camera, including a 6mm lens for $25 and a 16mm lens for $50. If you’re familiar with lens terminology, those small focal length numbers suggest extremely wide-angle lenses—6mm typically falls well into fisheye territory. But, because the sensor is relatively small, it lessens the wide-angle effect rather considerably.

While you can pick up plenty of old C-mount lenses on the secondary market, you can also pick up lens adapters to convert the camera to work with modern glass. So, if you wanted to get an adapter and stick a $2,000 professional zoom lens on there, you could. It would probably earn you lots of likes on Instagram. Just know that, because of the sensor’s relatively small size, images from any attached lens will look roughly 5.6-times more zoomed in than they would on a full-frame DSLR. So, that relatively typical 200mm zoom lens will suddenly feel like a small telescope.

Compared to the old camera module, results from the new hardware look vastly improved. And with this low of a price point, it seems like a great way to get into camera hardware hacking without having to literally hack apart old pieces of gear.