In the war over Internet privacy, money has apparently won a major battle. Microsoft engineers initially wanted a feature in... 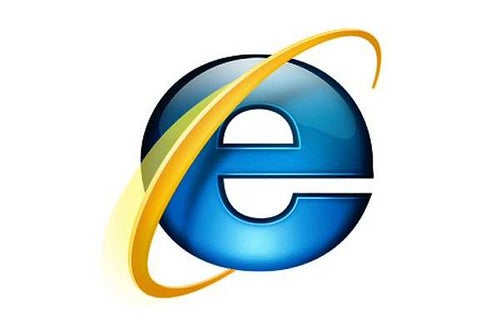 In the war over Internet privacy, money has apparently won a major battle.

Microsoft engineers initially wanted a feature in Internet Explorer 8 to limit the powers of third-party tracking cookies by default, the Wall Street Journal reports today. But executives, concerned with the ramifications for online advertisers, won out–and the world’s leading browser was designed to share users’ private information with advertisers.

The company’s original plans for IE8’s privacy features would have led the industry both in terms of technical features and in privacy’s importance, but the end result was a 180-degree turn, the WSJ says: most users now don’t even know such privacy settings are available, and they’re turned off by default. It’s an interesting case study in the fight between privacy and advertising revenue, which increasingly depends on the delivery of custom-tailored messages based on users’ browsing habits.

As Microsoft points out, users can change their settings to browse in private, and can choose whether to accept third-party cookies that are more likely to track overall browsing habits. But it’s not a permanent fix–users must deliberately switch on these settings every time they start up the software, the WSJ says.

Internet Explorer once had 95 percent of browser marketshre, but it has steadily lost ground to competitors like Mozilla’s Firefox and even Google’s Chrome. It still holds about 60 percent of the market — and an old, particularly frustrating version, IE6, still has 20 percent on its own.

Engineers had hoped to stanch those losses by offering aggressive new privacy features, the WSJ reports. But money talks. During the design process, one Microsoft executive in particular was “taken aback” that engineers would not want to accept input from advertisers, the WSJ says, especially since Microsoft had just purchased Web-ad firm aQuantive.

Brian McAndrews, a senior vice president at Microsoft previously with aQuantive, worried the privacy plans would “dramatically reduce the effectiveness of online advertising by curbing the data that could be collected about consumers,” the WSJ writes.

Microsoft, for its part, says there’s no such thing as perfect privacy: “Because some of the technologies that can be used for tracking are also essential today for basic functionality, there is no ‘Just give me perfect privacy’ feature,” the company writes on its IE blog.

(In a bit of irony, to read the blog post, you’ll need to create an account with MSDN Blogs, giving Microsoft your full name and other details.)

The WSJ ran a test and found the 50 most popular U.S. websites, including four run by Microsoft, install an average of 64 pieces of tracking technology each.

Now, IE is far from the only browser to allow third-party cookies to track your habits. All browsers, including IE8, allow you to turn cookies off, but many Internet users have no idea how to do it. Only one — Apple’s Safari — comes pre-set to deny third-party cookies in the interest of privacy.

Microsoft says users can adjust their IE settings to browse in private mode, so this information isn’t collected. “Users are in control of several privacy protection features in IE, and how automatically they function,” the firm says. You can learn how to do it on Microsoft’s IE blog.

The Wall Street Journal story has much, much more.