The Man Who Designs Soft Robotic Suits For Superhuman Stamina 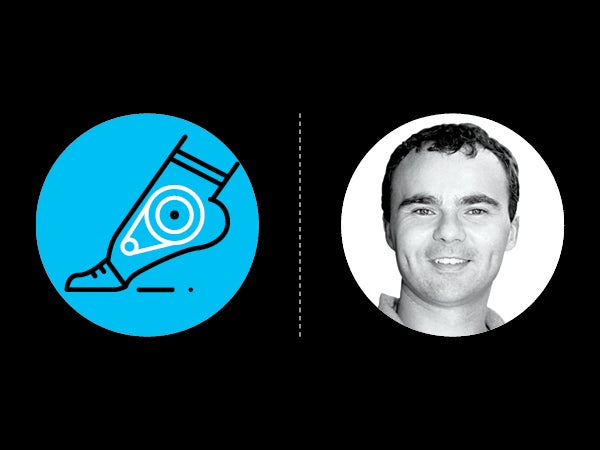 So he pursued robotics and began building exoskeletons himself. But the metal frames of the bulky suits never perfectly aligned with the body.

“You can’t move in a totally natural way,” Walsh says. And there’s no point in feeling like Iron Man if you have to move like the Tin Man. So he bought sewing machines, recruited apparel designers, and began fabricating soft robotic suits.

Recently, Walsh and his team demonstrated a nylon-and-spandex suit that straps onto your legs to make walking easier. The force comes from a series of cables and pulleys driven by battery-​powered motors worn at the waist.

Walsh says the suit is so comfortable that some testers forget they’re wearing it. When his team evaluated it on seven people carrying loads equivalent to 30 percent of their body weight, it reduced the amount of energy required to walk by about 7 percent, on average.

That might not sound like much, but it’s an enormous boon for soldiers who often have to carry heavy equipment and traverse long distances quickly. He hopes to reach the 25 percent threshold soon.

Next, Walsh wants to build suits that can be slipped under clothing for civilians with mobility issues. Most people, after all, don’t need superhuman abilities. “You just want to give them a little tap,” Walsh says.