And yet most American drivers want to do it themselves 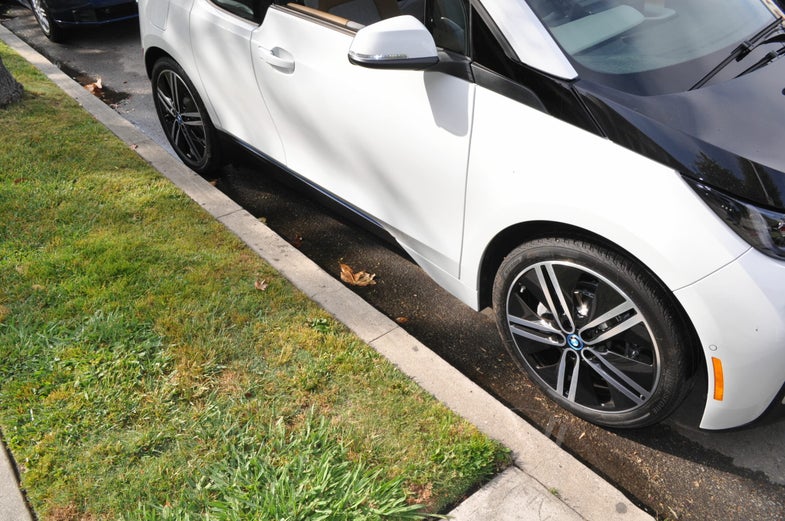 We’ve all eyeballed a parking space at the curb and decided to go for it, despite the fact that it’s a bit too small for our car, or maybe traffic is heavy and might rush our perfect parallel parking job. According to a new study by AAA and the Automobile Club of Southern California’s Automotive Research Center, we think we can nail that parking challenge. Almost 80% of drivers in the study said they were confident in their parallel parking abilities, and only about 25% said they’d trust a self-parking system to help them.

But guess what? We’re terrible judges of our parallel parking skills.

The study used vehicles with self-parking systems and vehicles equipped with just the standard back-up camera to see how drivers did with each. It turned out drivers using the park-assist vehicles had 81% fewer curb strikes — that’s an 81% reduction in that horrible scraping sound of rims against concrete. The self-parking systems were able to settle into the spot using about half as many maneuvers, so they weren’t spending five minutes doing the front-and-back shimmy to work themselves into place, even though the humans had backup cameras to help them in the comparison vehicles. And the self-parking systems were able to get the vehicles 37% closer to the curb.

This last point is where we humans might actually be a touch better. AAA recommends parking 6-8 inches from the curb, which frankly we aren’t consistently good at either. But manufacturers have programmed the cars to snug right up to the curb — as little as a half inch away in some cases — which can damage tires and rims. And we human drivers can do that just fine without any robotic help, thank you.