‘Inspirator’ App Will Recommend You A Bentley Based On Your Face 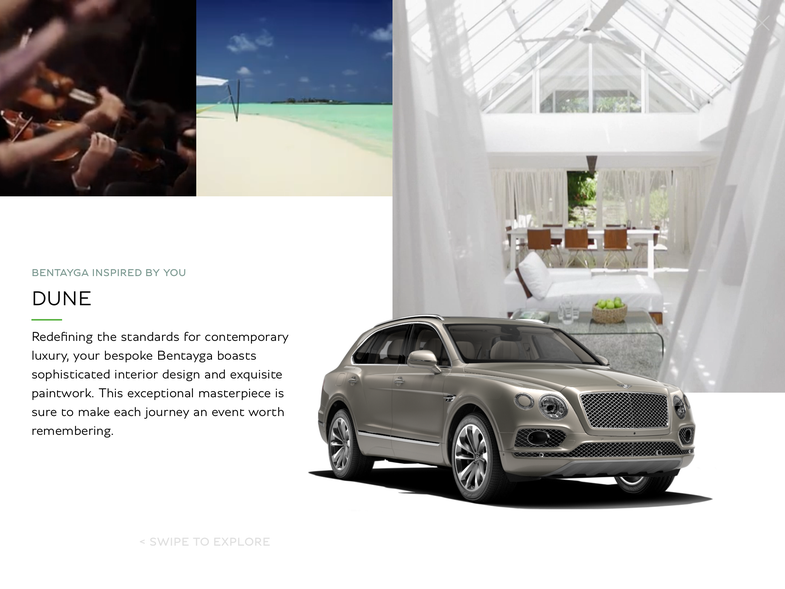 Bentley released its iOS app, Bentley Inspirator as a way to make choosing your very expensive car a little easier. Sometimes people can be paralyzed by choice. But if you’re in the market for a Bentley Bentayga, suffer no more: Your minute changes in facial expressions are enough for the company to suggest the perfect car for you. While I’m not sure I’ll ever be in the market for a Bentley, the app is free, so I gave it a try.

Inspirator, which is not currently available on Android or Windows devices, starts out by showing you a series of videos, narrated by a man with a soothing accent and lovely voice. I’m not entirely sure what he was saying, but it involved words like “inspiration” and “extraordinary.” The videos transitioned between linen blowing in the breeze on a beach (which I apparently had a slight reaction to, meaning my Bentley should have a “Linen and Beluga split” hide interior), to a shot of wine barrels in a dark stone basement (and my facial response to that means I love the color Piano Black). 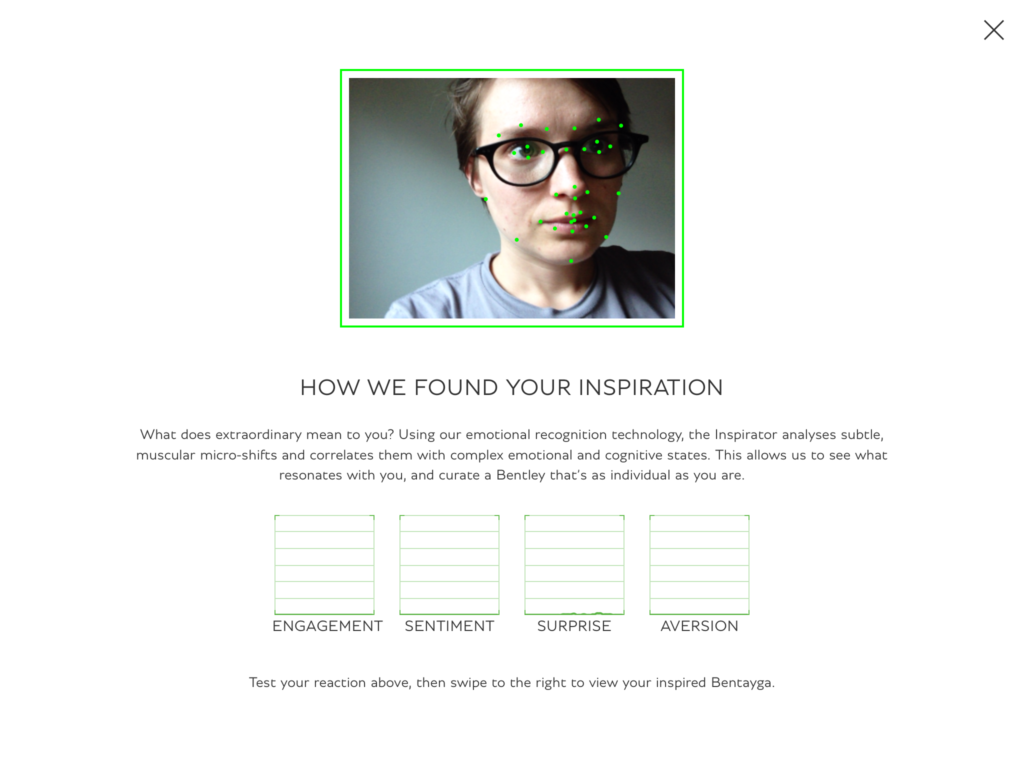 How does it work? Well, it accesses your device’s camera to monitor your expressions as the videos play. If you move slightly out of frame (or in my case, if you move at all), it will pause the video until you re-align yourself. At the end of the process, the app explains that it analyses “subtle, muscular micro-shifts and correlates them with complex emotional and cognitive states.” This sounds really complicated.

The act of using the app on an iPad is awkward, to say the least. Because of the landscape orientation of the videos, it was necessary to hold it on its side, putting the device’s camera at an incredibly awkward angle. I ended up watching as I angled the tablet and leaned toward the camera. The other snag is that the videos the app showed me were mostly calming, pleasant scenes that didn’t elicit any particularly extreme emotional/facial response. Though, perhaps my micro-shifts were in full swing.

Because the only car currently available on the app is the Bentayga, the customization inspired by your face is mostly manifest in leather colors, the wheel shape, a few interior details, and the paint job. Overall, I can’t say I came away thinking this shiny beige vehicle was the car for me. We can imagine a future where emotion-tracking apps will be genuinely awesome and useful, but for now, this is more like a gimmicky marketing ploy.