Multicultural cooking classes offer up something tasty on Zoom

How one culinary school is elevating immigrant kitchens and experiences during the pandemic. 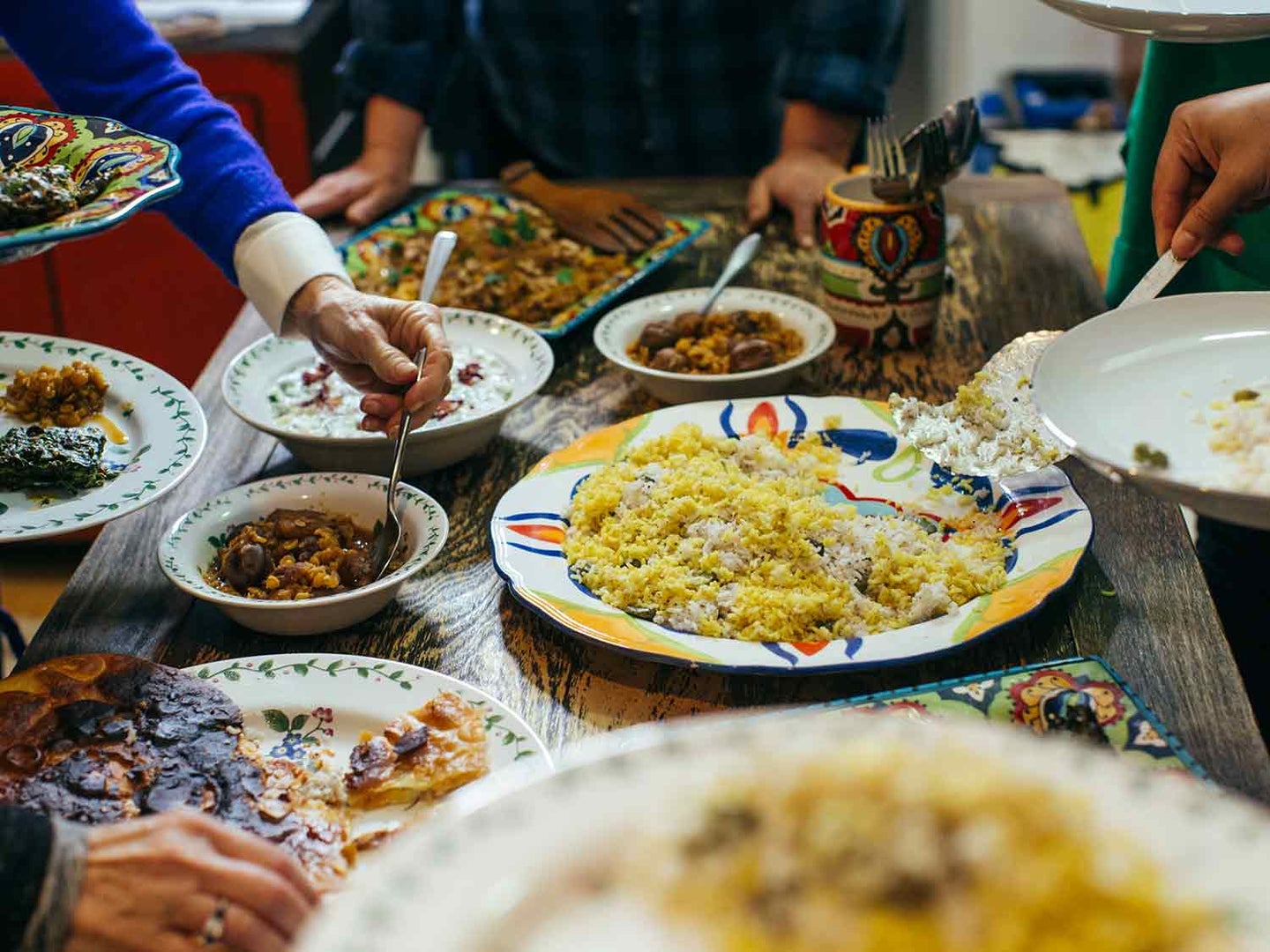 Sunday afternoon on the internet, League of Kitchens instructor extraordinaire Mab Abbasgholizadeh was teaching us how to make baghali ghatogh—a Persian dish of beans, eggs, and dill—over Zoom. Problem is, we all had different kinds of beans. Instead of the dried favas listed in the recipe shared by the multicultural cooking school, my six classmates and I were making do with an array of great northerns and cannelinis, each cooking at their own rate. (What is cooking this year if not a minefield of substitutions?) Mab, undeterred, asked us to present our beans to our laptop cameras and give them a squeeze. “Yours are almost there,” she said to one student while squinting at her screen. “These will need some more time.” It was surprisingly intimate, us squeezing our beans for Mab’s approval, separated by hundreds of miles yet simultaneously inhabiting the same virtual kitchen. I could only grin.

Like every other cooking school in 2020, the League of Kitchens had to reinvent its business model to survive. Unlike every other cooking school, the League’s online classes are so cleverly designed that they’re actually worthy substitutes for the real thing, and in some cases, improvements on the old form. You couldn’t ask for a better gift to give a food lover, especially one you want to connect with over great distances. In the Before Times, classes were only available in New York City; now, founder Lisa Gross notes, friends and family in disparate cities are coming together in a virtual kitchen.

This is a tall order, considering the League’s original mandate: You show up at the home of an immigrant auntie and cook with her—in her kitchen, with her pots and macramé trivets, listening to her stories—for five or six hours. You and a small group of classmates get to truly know her, and each other, as you make and break bread. For those who never got to study at their own grandparents’ apron strings, it is a benediction, and with astonishing breadth: The League includes culinary ambassadors from India, Uzbekistan, Greece, Japan, and Nepal, to name a few.

At the beginning of the coronavirus lockdown, Gross, herself an immigrant’s daughter, took virtual classes from seven different online cooking schools to get a sense of the competition and how she could improve the old formula. League of Kitchens’ online classes ($60 for a two-and-a-half-hour class) are small, and students are asked to keep their cameras on and to share questions verbally, rather than through a chat window. A staff member sits in, directing the video feed with wide shots of the instructor and close-ups of cooking prep. The last 15 minutes of class are devoted to a virtual dinner party, where students eat together on camera, kibitzing about their meals, and chatting with the instructor.

“There really is a sense of interaction,” Gross says. “You’re live-coached from start to finish through new dishes that may be too complicated to do on your own.” It’s one thing to peel potatoes and press ma’amoul into molds under the steady, in-person guidance of an experienced cook. It’s another to be responsible for the entire meal yourself, with Wi-Fi as your only link to that wellspring of knowledge. But what the latter lacks in physical connection, it makes up for in personal empowerment. Mab gives us the strength to go it alone.