How the ‘curb-cut effect’ makes the world easier to navigate. 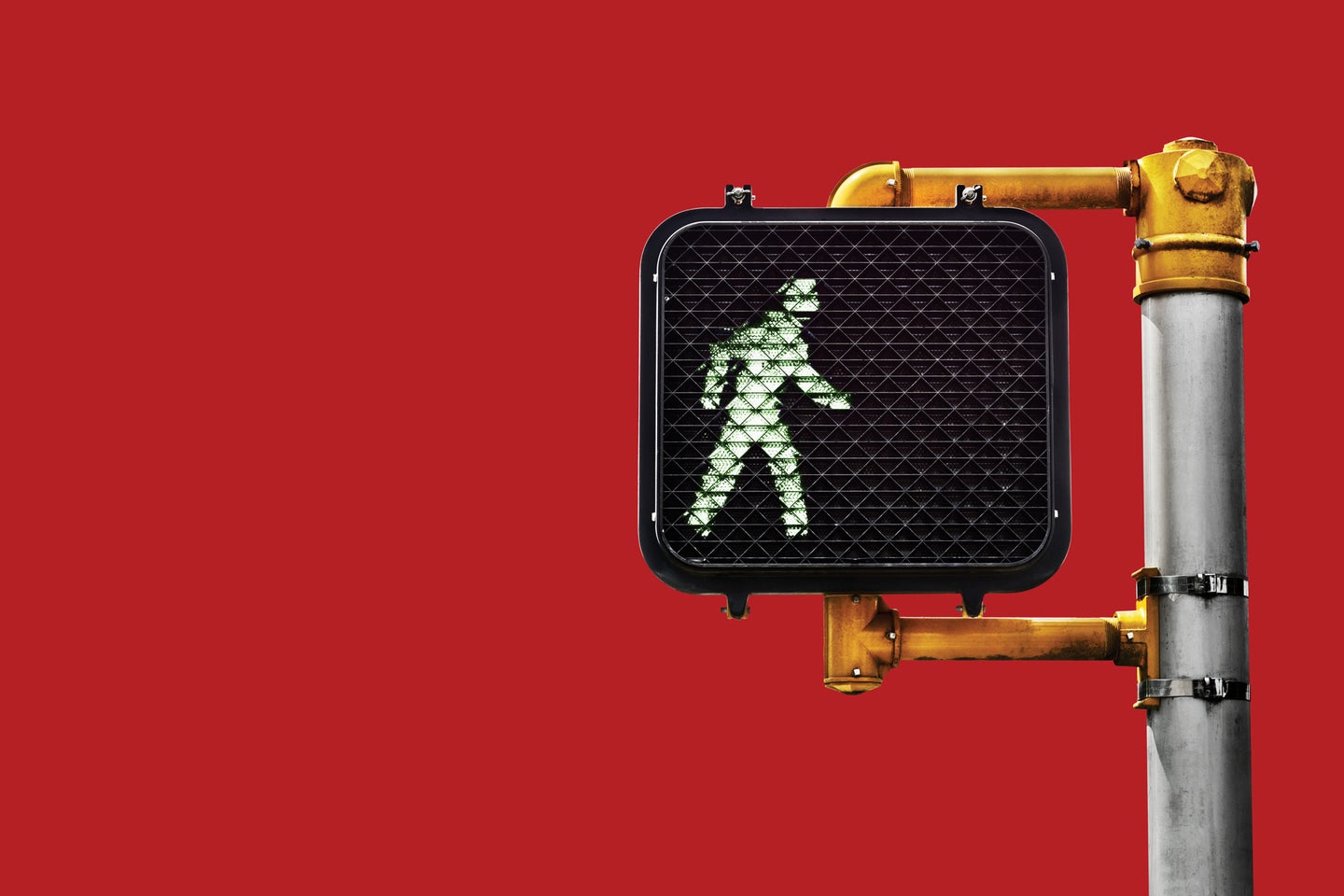 In the 1940s, hundreds of thousands of World War II veterans returned home with disabilities. Frustrated by the difficulties they faced, Jack Fisher of Kalamazoo, Michigan, petitioned his city commission to install an experimental curb cut—a gentle slope that brings the end of a sidewalk down to meet the level of the street—at the corners of several blocks downtown. A few months into the pilot project, Fisher reported that even residents without wheelchairs were enjoying the impact of the little ramps: Older adults leaning on canes, parents pushing strollers, and kids pulling wagons benefited from the human-made hills, too.

Today, these shallow slants are an essential feature of the pedestrian landscape across the United States. They’ve also spurred a titular design concept: the “curb-cut effect,” which refers to the fact that supporting marginalized groups of people often ends up helping much larger swaths of society. Whether it’s applied to accessible design, investments in social welfare, or pioneering legislation, study after study shows the effect has the power to uplift us all.

The human brain processes images faster than letters, likely because alphabets and other writing systems have only been part of our lives for a few millennia. That’s why the pictogram—a symbol standing in for a word or phrase—is a common tool for helping people with intellectual disabilities. But they can also ease the way for any sighted traveler. People can recognize an image in as little as 13 milliseconds, compared to around 300 milliseconds for a word. Now many of us take for granted that we’ll be able to quickly identify the nearest emergency exit or bathroom in a mall, or determine when it’s safe to cross a busy street, anywhere—even if we don’t speak the local language.

Reading machines: Getting the message

In 1976, technologist Ray Kurzweil released a device for the blind and visually impaired that converted images into text it then read aloud—he called it, simply, “the reading machine.” That gadget combined several new tools his eponymous company devised, including one of the first text-to-speech synthesizers, which evolved into an essential part of virtual assistants like Amazon Alexa and Google Assistant; smart speakers with those voices are now in roughly one-quarter of US homes. The machine also featured an important component of computer vision called optical character recognition, which, by detecting street signs and house numbers, is helping build the maps that self-driving cars use to navigate the world.

Traditional doorknobs often end up keeping people out. Rounded ones, for example, can be hard for those with arthritis to grasp—and not everyone has hands with which to do the grasping. As of 1990, when the Americans with Disabilities Act became law, doors in public areas must require less than five pounds of force—and only one hand—to open. That often means installing automatic options or broader, lever-style handles that folks can operate without twisting their wrist (or lifting a finger, as an elbow or hip will often do the trick). These regulations increased and eased access for the one in seven Americans with a mobility disability. But they’ve also been a boon to older adults, young children, and people with their hands full. Touch-free ways to enter or exit a building can help keep germs from spreading, too.

Sears launched the first TV with a built-in decoder that allowed deaf and hard-of-hearing viewers to read along with their favorite programs in 1980. Previously, only open captions—which producers burn directly onto video and appear no matter what—were available. In the 1990s, text became increasingly ubiquitous as DVDs and, later, streaming services embedded the ability to switch the words on at will. A 2006 survey found that only around 20 percent of the people using subtitles had auditory impairments. Today, most people who switch on captions are watching sports in loud bars, making sure the kids stay asleep, learning new languages, or just trying to parse the thick Irish accents on Derry Girls.

[Related: The office will never be the same]

In 1979, in an effort to reduce traffic on the office mainframe, IBM installed computer terminals in the homes of five employees, helping to usher in the era of remote work. The development of increasingly small and inexpensive personal computers made the end of the office seem attainable. By 1983, some 2,000 IBMers were logging on from home; in 2009, 40 percent of the firm’s 386,000 employees worked remotely. The extra flexibility can make it easier to pick children up or take elderly relatives to doctor appointments. For those with injuries and physical disabilities, having a home office can remove many hurdles to a simple commute and productive workday. COVID-19 has shown just how many can get the job done in their sweatpants: In the spring of 2020, at least one-third of all employed Americans were WFH, with some companies eyeing long-term arrangements to reduce office overhead and lower disease transmission risk.

There are more than 150 design elements that can make offices and public facilities better suited to the specific needs of people with auditory impairments. Those suggested tweaks come thanks to research by the DeafSpace Project, a universal design effort from architect Hansel Bauman and Gallaudet University, the world’s only higher education institution specifically for the deaf and hard of hearing. One aim is to eliminate distracting ambient noises, which can make it difficult for people to use their limited auditory abilities or perceive vibrations, and can even distort the sounds coming from hearing aids. To achieve this, designers can incorporate dampening materials such as rubber or mossy plants into structures and décor to reduce echo. By keeping conversations and other aural disturbances from traveling and bouncing around the room, these tactics also make it easier for all sorts of students and workers to focus.

The US has 4 million miles of roads, but as of 2018 had only 550 protected bike lanes, which physically separate traffic streams using barriers such as plastic buffers or secondary curbs. Activists argue every street should work this way. When pedalers are shielded from cars, they’re 28 percent less likely to get hurt during a trip. Several local surveys, including one of San Francisco Bay Area commuters, indicate that drivers like it better, too: They feel safer when bikers have their own space, and pedestrians find they have fewer wheels to contend with on the sidewalk when cyclists aren’t forced off the road. According to a 2019 study in the Journal of Transport & Health, protected lanes may even help lower the overall rate of traffic accidents—perhaps, the researchers posited, because the narrowed space makes motorists cruise more carefully.

Architects and business owners initially promoted family-style restrooms—which typically feature a single toilet instead of many stalls—for people requiring more space, including those with physical disabilities or kids in tow. By the early 2010s, it became clear these commodes could also benefit the 1.4 million or more transgender individuals in America. In a 2016 survey by the National Center for Transgender Equality, the majority of respondents reported avoiding public restrooms for fear of being denied access, verbally harassed, or physically assaulted; many recounted painful instances where other patrons perceived them as being in the wrong space. As all-gender toilets have begun to proliferate in certain spaces like college campuses, it’s become clear that they can afford everyone more privacy.