Inside Chipotle’s two-year process of reinventing its queso

It involved a lot of tasting and chemistry to get the creaminess just right. 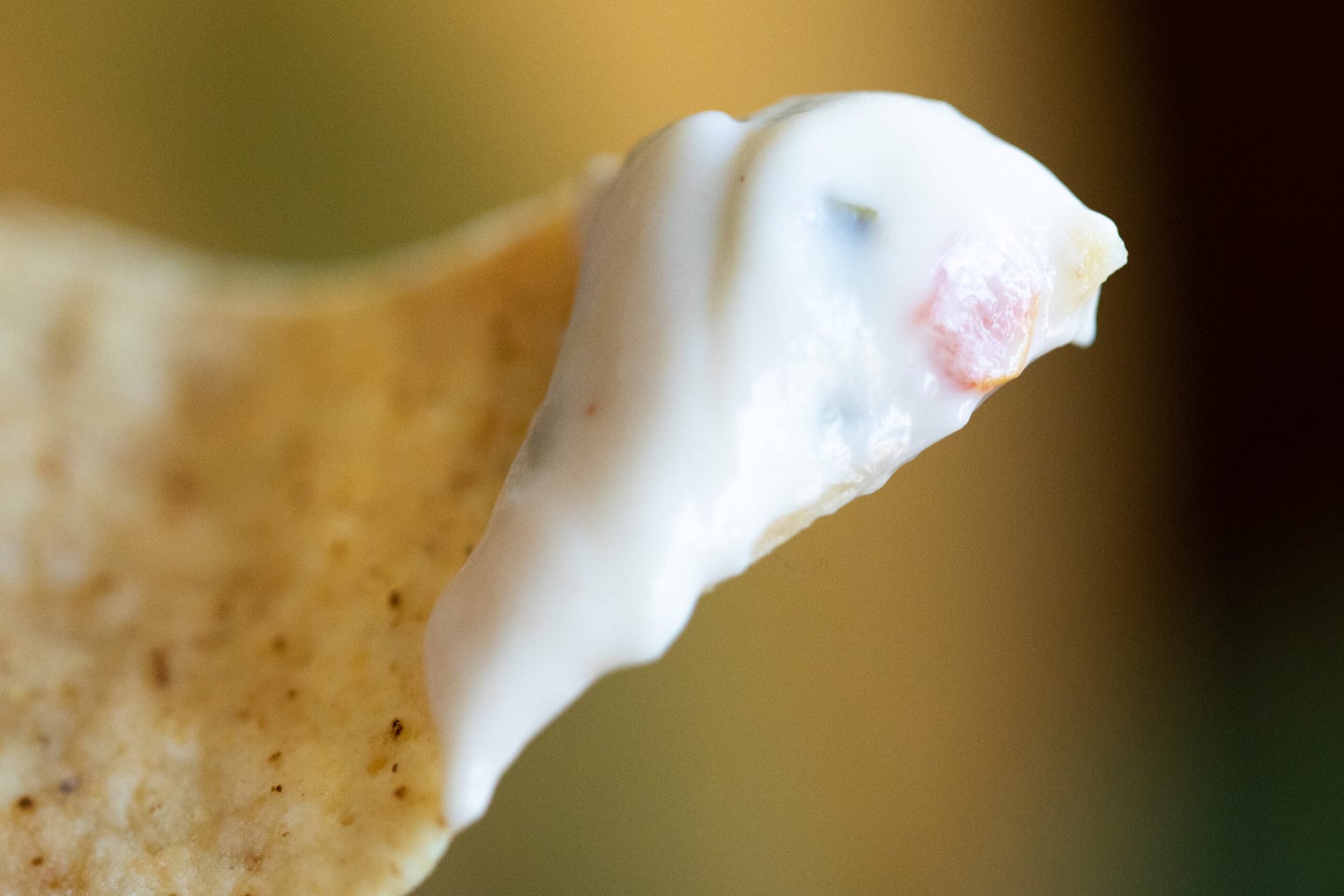 Some restaurant chains burn through new menu items at a fevered pace. The never-ending parade of novelty offerings—right now, KFC will sell you a fried chicken sandwich between two donuts—and splashy limited-time offers entice customers with variety. For some fast casual restaurants like Five Guys and Chipotle, however, the menu’s consistency is part of the draw. Practiced Chipotle patrons recite their order with the rhythm and efficiency that only comes from repetition. It builds loyalty, but it also makes changing the menu a monumental challenge if the company wants to avoid public blow back.

Just last week, the company made the national switch over to its new Queso Blanco. It’s Chipotle’s third official attempt to create a creamy cheese sauce; the makeover process began when Nevielle Panthaky took over as vice president of culinary and menu development roughly two years ago. “When I started with the organization, I was asked what I thought about the queso,” Panthaky tells me over the phone. “As a consumer, a culinarian, and someone who has been in the industry for a long time, I felt it had opportunity.” The previous version, which the company called Original Queso included roughly 23 different ingredients and had a grainy texture after it cooled down on the drive home. It was a result of the company’s efforts to avoid emulsifying agents like sodium hexametaphosphate and maltodextrine, which don’t have proven negative health effects but don’t fit the company’s general efforts to emphasize fresh foods.

The new Queso Blanco cuts the total number of ingredients down to just 13. Without a dedicated emulsifer, however, that left Panthaky and his team with the looming issue of smoothness.

The solution came from chemistry. For more than a year, the company worked with its cheesemakers to understand the problem and get the meltiest ingredients sorted. “You have to treat cheese like a living organism,” Panthaky says. “The enzymes are activated. The protein strands are evolving. We had about a dozen different iterations of products with different ages of cheese, different types of cheese, and different blends.” The company eventually landed on monterey jack and white cheddar, but they also tried other options, including cream cheese, provolone, and even mozzarella.

The final product draws some inspiration from another classic sauce. “It’s similar to how a beurre blanc is made when you emulsify a protein with a liquid,” Panthaky says. “The protein helps stabilize the water with the fat,” making the queso more dippable and creamier.

While smoothness is essential, the product also has to taste good—Panthaky’s team experimented with more than four dozen individual recipes. But with an organization that includes 2,600 restaurants, that process had multiple layers First, the company put potential recipes through subjective tests like the Bostwick Consistometer. A small hopper in a lab held the cheese sauce at a specific temperature as a researcher lifted a small flap to let the concoction ooze slowly down the scale. The distance traveled in 30 seconds represented the recipe’s score and gave the team an idea of how well the queso would coat a chip.

Once the product was essentially finalized—the culinary team signed off on its taste and the logistics teams ensured that the supply chain could support its roll-out—Chipotle conducted limited tests in its Newport Beach store close to HQ. From there, the product went out to a total of eight restaurants around Southern California. After that, the scale jumped considerably to three markets with a total of 200 to300 restaurants. (For the Queso Blanco, those included San Diego, Dallas, and Detroit.) Then it was finally ready for its national roll out.

According to Panthaky, the recipe shouldn’t adapt much over the course of those in-store tests. “It didn’t change color or ingredients,” he says. “It’s things like adding a little extra time on the stove top during preparation.” The queso is never frozen, so it arrives at each restaurant in bags that employees prepare on-site. Chipotle tests each manufactured batch with similar techniques it uses during the development process, including things like the Bostwick test to ensure consistency.

Even once it’s delivered and prepared, the cheese acts like a living organism. Leave it sitting over heat long enough and it will form a layer of skin on the top. “To alleviate that, you’d have to add a bunch of ingredients, and we just won’t,” Panthaky says. “We train our crew members to stir the queso every time a bowl or a burrito goes past them.”

Chipotle can’t say exactly what’s coming down the road for its next product, but the company did say in a recent earnings call that it plans to release roughly two new menu options a year. If you want an early look at what’s coming, maybe plan a trip to the Newport Beach test store. Your Queso Blanco should stay fresh the whole way.