The best ways to steal signs in baseball

Major League Baseball has a lot more than trash cans to worry about. 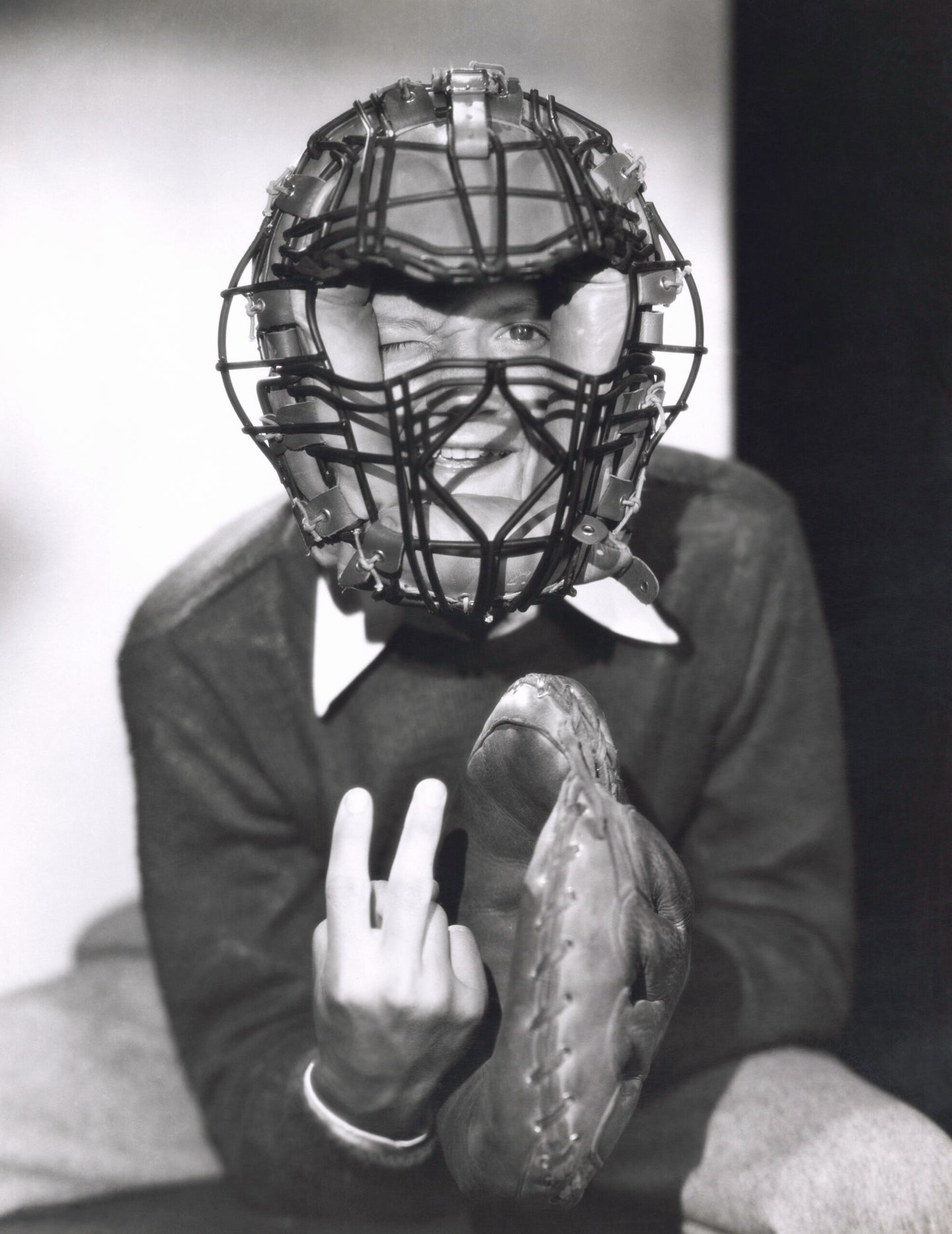 No that isn't a cuss sign. For decades, catchers and pitchers have used a coded system to communicate at the plate. But what happens when the opposite team cracks it?. Deposit Photos
SHARE

It’s as if the Astros wanted to get caught. During the 2017 MLB season, Houston set up a live monitor outside of its dugout, where players would watch to see what kind of pitch the opposing catcher was calling for with cryptic hand gestures. Then they would signal to their batter by banging on a nearby trash can. One or two bangs usually meant off-speed pitches intended to catch hitters by surprise. No bang hinted at a fastball.

The Astros went on to win the 2017 World Series, but rumors of their underhanded tactics spread throughout the league, and last November, reporters at The Athletic exposed their methods. Twitter sleuths quickly identified mysterious noises in clips of the team hitting. MLB officials investigated, releasing a report this month that detailed Houston’s “banging scheme.”

Cheating in baseball is basically as old as baseball itself. Past pitch-tipping allegations include a moving awning on a nearby apartment, a telescope in the outfield, and flashing lights for batters. MLB rules draw a fine line—using players on the field to steal signs is OK, using tech off the grass is not—but there are always a number of competitors willing to test those boundaries.

Of course, the bolder the experiment, the greater the risks. Three team managers connected with the Houston sign-stealing scandal have now been dismissed, and the Boston Red Sox, the 2018 World Series champions, are also under investigation. More recently, rumors have spread that multiple Astros wore miniature buzzers at the plate, though no damning evidence has surfaced. What is clear is that MLB is up against a major reckoning. “There’s a belief that is treated by players and staff as fact: That illegal sign stealing, particularly through advanced technology, is everywhere,” Athletic reporters Ken Rosenthal and Evan Drellich wrote back in November. New gadgets and computers will give the cheaters of tomorrow the power to predict opponents’ moves, conceal communications, and threaten norms across pro sports. We spoke to a few engineers, mathematicians, and codebreakers to get a preview.

“I think baseball is super boring,” says former NASA engineer Mark Rober. Still, he found a way to turn it into an AI test dummy and eventually, an app. With Steal Predictor, anyone can enter signs and outcomes into a machine-learning program. The algorithm then quickly identifies common patterns to decode messages on the field.

While Rober says it’s “patently false” that MLB teams have used his app, he has heard of Little League teams banning the use of phones after its spread. He’s also spent more time thinking about the sport and discussing the Astros’ scheme with fans.

“Audio [signals are] a terrible choice,” he says. “There are a billion ways to do this way more covertly.”

John Rickert, a mathematician at the Rose-Hulman Institute of Technology and proud member of the Society for American Baseball Research, came to the same conclusion. He says he’d use heads-up displays: smart glasses that convey messages to the batter without anyone else seeing (or hearing) a thing. That’s not too far off from the Bluetooth-packing sunnies and display-enabled lenses already available on the market.

“It’s the ages-old process of hiding not just the message, but the fact there is a message,” Chenette, a cryptographer, explains. “This goes back to ancient times. There are wonderful stories, like, maybe a general would tattoo a slave’s head with directions for their army and grow some hair over it.” The heavily regulated world of baseball could channel that concept. For instance, a team might embed a cipher in the pixels of its scoreboard to tell a batter what pitch to expect.

That obviously would be a big-time scheme. For smaller stunts, players could use the clothes on their backs to gain an edge during games. Jess Jur leads a team at North Carolina State University that integrates tech into everyday garments. While he says next-level contacts are still years off, he could see a trickster planting a buzzer inside a belt buckle, where the metal would mask any detection. Jur also works on iron-on electronics, thin layers made up mostly of plastic that look a lot like a sewed-on logo.

“All you need is the least amount of power that would allow it to be operated for a three-hour game,” the materials scientist says. “Not that I’m promoting any of this … it’s pretty lowbrow.” He’d rather see his innovations and field be used to gauge player performance, particularly during spring training. Tiny muscle trackers or sweat sensors could prevent more injuries and help an athlete reach their potential. That, Jur says, is a better investment toward ensuring victory.

But each step forward with wearables will be met with fresh concerns about how teams might spy on rivals with them. “I think [the Astros scandal] is like the canary in the coal mine,” Rober says. “How do you deal with this in pro sports?”

On the flip side of the issue are teams looking to preserve the suspense around their pitches. Last year, after hearing what they thought were premeditated whistles during the playoffs, the Washington Nationals began using a rotating series of code systems to keep onlookers guessing. Just in case.

Samir Dutta has the scoop on how that works. In 2018 he and two other MIT students authored a data-heavy breakdown of catcher/pitcher exchanges for a grad-level computer-security class. First they created a five-sign code, with a certain one corresponding to the real call (based on the hitter’s jersey number and the number of balls thrown in the at-bat). According to their calculations, it would take a neural network more than 16,000 at-bats to catch on to the system. The trio got an A for their work. Unfortunately, the MIT baseball team didn’t adopt their approach, though the players did start rotating their combos more often. Selling pro teams might prove even more difficult: Catchers and pitchers don’t have the capacity to do math in a game, and the improvised signing could cause miscommunications. Besides, players and coaches switch sides often, and a code would only be good until word got out.

The league has also put some thought into warding off sign stealers. It’s already experimented with special watches that allow catchers to communicate more discreetly. Other options reportedly include a wearable random-number generator that would tell the pitcher which of their catcher’s signs to pay attention to. Hidden lights in the pitcher’s mound could serve a similar purpose. Each of these proposals come with their own drawbacks, and players have so far chafed against making high-pressure situations more complex with extra gear and maneuvers. But as anyone who’s ever downloaded an encrypted app like Signal knows, sometimes the only option is to fight tech with tech and hope for the best.