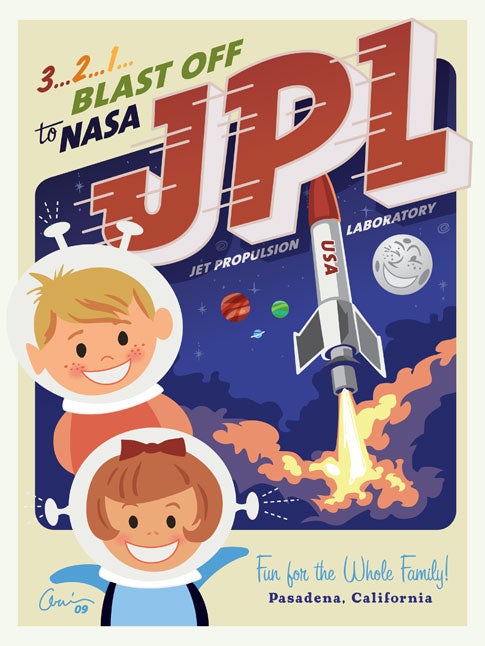 For the truly curious traveler, we’ve collected eight one-of-a-kind research facilities guaranteed to impress and entertain like no ordinary tourist attraction can. On this list you’ll find labs where you can ride a miner’s cage half a mile underground to see a 6,000-ton neutrino detector, watch artificial earthquakes topple bridges, and converse with the world’s smartest apes. It’s a good idea to call ahead and ask permission for a tour at many of these facilities, but some are just plain open to the public. Even better, all eight destinations are in the U.S., making it convenient and affordable to visit the one nearest you for a day or pack up the Prius and road-trip to a few. Skip the tourist traps, and start exploring!

If you can’t go to Mars (and you probably can’t), JPL may be the next best thing. This historic lab is the hub for the nation’s latest Red Planet research. You’ll see the Space Flight Operations Facility, where scientists monitor current missions, a Space Simulator for virtual testing, and a Marscape, where prototype rovers practice maneuvers. JPL offers a free, two-day open house every May, but private tours (also free) can be arranged year-round if booked in advance.

Info: jpl.nasa.gov/pso/pt.cfm
Geek highlight: Lie down and get run over by a mini Martian buggy!

Weekend With the Bear Essentials

If you’ve survived a few family reunions, then lounging with a bunch of black bears in the woods will be a cinch. That’s just one of the items on the agenda during the four-day Black Bear Field Study Course offered 10 times from May through August. For $1,500, you’ll become part of the longest and most in-depth bear study ever conducted, tallying up data on social organization, communication and other facets of the clan. Although there are more than 50 bears in the area, about a dozen are collared for intensive study. This year, seven mothers will also have cubs. A class size of eight guarantees proximity not only to the bears but to the institute’s principal biologist and tour leader, Lynn Rogers, widely known as the Jane Goodall of black bears and star of the documentary The Man Who Walks with Bears. 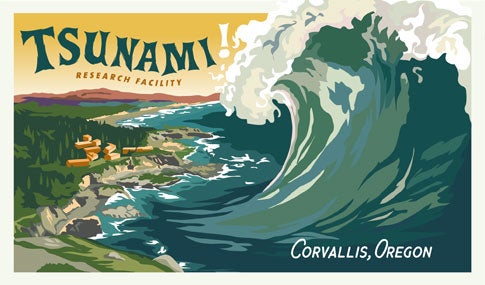 Don’t try to catch this wave

Destination: Tsunami Research Facility, Oregon State University – Corvallis, Ore.
Here, you’ll get to see the country’s largest wave basin (160 by 87 by 5 feet), along with a 342-foot-long wave flume (sorry, no surfing) and a piston wave generator. All are designed to simulate the effects of tsunamis striking harbors, land and man-made structures. A scaled model of an offshore oil-rig platform was recently built inside the lab and hit with waves, yielding data that will enable engineers to build stronger, more stable rigs. The facility offers tours, open houses, workshops and viewings of actual experiments.

Never seen a “shake table” shake? Visit these labs to witness the massive platforms, equipped with hydraulic actuators, simulate the force of the world’s most devastating earthquakes. Structural engineers test everything from bridges to million-pound parking garages, sometimes shaking structures for two months at a time.

Info: nees.ucsd.edu, nees.buffalo.edu, nees.unr.edu
Geek highlight: See platforms at the Reno site quake the daylights out of a three-span bridge. 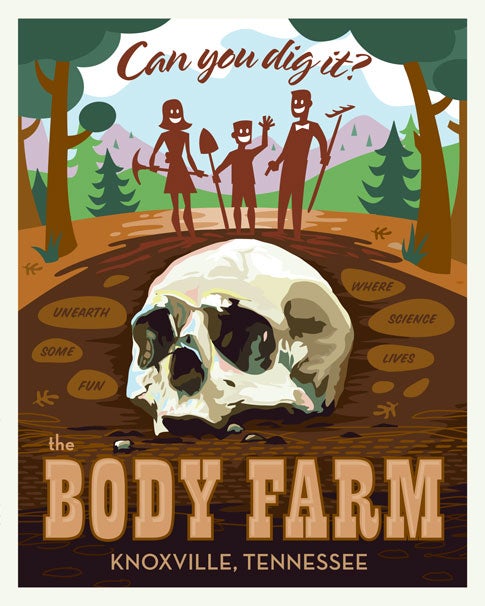 Time Travel for the Down-to-Earth Set

Ever wonder what happens to your body after you die? Forensic-anthropology labs at the University of Tennessee, Texas State University and Western Carolina University are the places to find out. These facilities feature “graveyards” ranging from a garage-size plot in North Carolina to an eventual 26-acre site in Texas, where scientists study donated bodies as they decay. You can’t tour the actual “de-comp” yards, but you can learn about the recovery of remains at crime scenes and disasters such as 9/11. 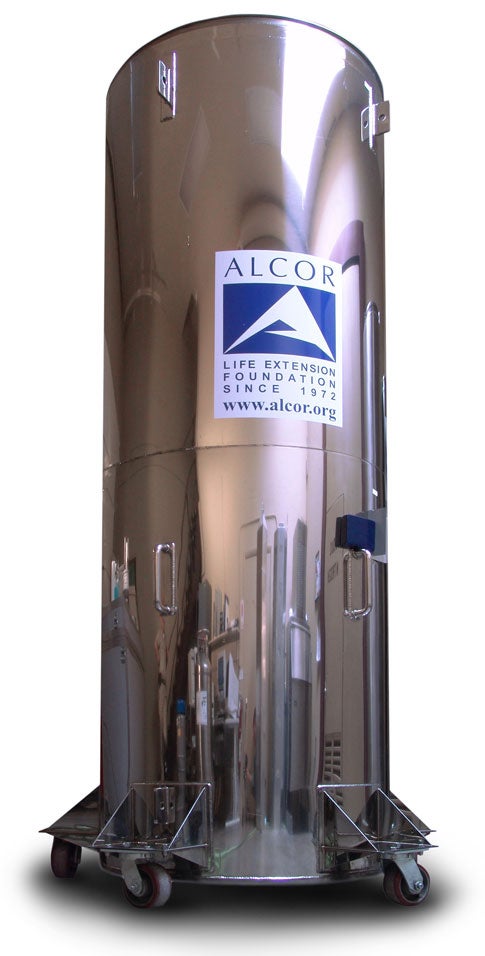 Cool Ones for the Summertime

Tour the Nation’s Only Frozen Cemetery

Cryonics is the controversial science of using ultra-cold temperatures to preserve your body, or just your head, until technology advances enough to restore it to good health. Although no cryonics patients have ever been revived (hence the controversy), Alcor has preserved 84 customers, including Baseball Hall of Famer Ted Williams, and nearly 900 others have committed to the process. Once a member is declared legally dead, the “vitrification” begins. Chemicals replace 60 percent of the water in cells and are rapidly cooled. On your free tour, you’ll see the operating room and cool-down bay — but no bodies, sorry. Preregistration (for the tour, silly) is required. 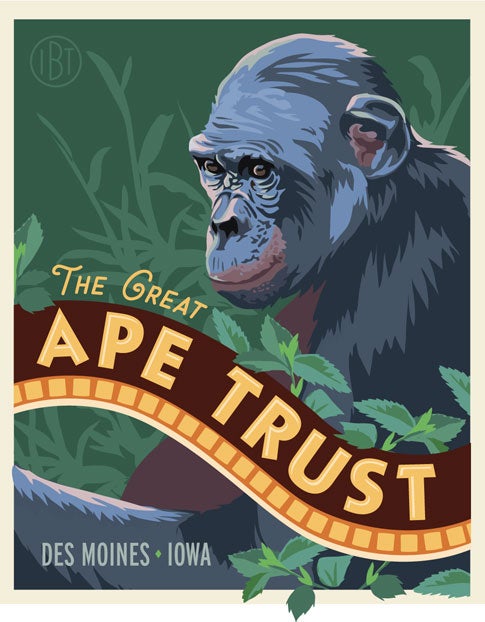 These primates are not for sale

Spend the Day Conversing With the World’s Smartest Apes

Apes in Iowa? There are actually 13 of them (seven bonobos and six orangutans, with plans to add a clan of gorillas) that live in this 230-acre preserve, and you can get to know them by name. It’s the largest great-ape research facility in North America devoted to studying ape intelligence. Visit and see for yourself how bonobos can recognize nearly 400 abstract symbols, called lexigrams, on a touchscreen. Some apes can even comprehend spoken words. To tour the reserve and meet the apes, you must be a Great Ape Trust member ($50 for individuals, $100 for families). This also entitles you to special lectures.

Ride a miner’s cage nearly 2,400 feet underground to tour the nation’s foremost particle-physics lab. See the 6,000-ton tracking device that collects elusive subatomic particles broadcast from Fermilab, 457 miles away (the trip takes 2.5 thousandths of a second), and smashes them against atoms. Scientists study the collisions for rare atomic transformations. It’s all located in a former iron mine, where few cosmic rays can penetrate, thus creating an ideal environment in which to search for dark matter. Daily tours cost $10.

Info: hep.umn.edu/soudan/brochure.html
Geek highlight: Join the search for WIMPs (weakly interacting massive particles), which, if found, could unlock the secrets of the universe.