TVs to upgrade your watching experience

Quality picture for all your entertainment. 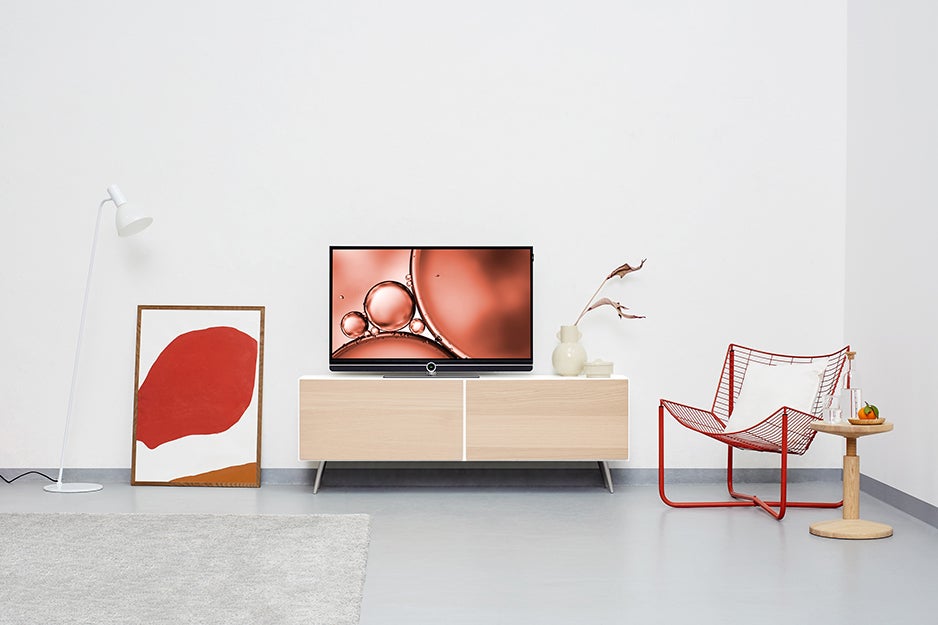 Just a few short decades ago, we were sitting around watching ALF on our big, fat tube TVs. Now, however, we live in the age of streaming wars. Giant entertainment corporations are pumping out more gritty dramas, quirky comedies, and sci-fi epics than we could possibly watch. But, if you truly want to enjoy this glorious glut of entertainment, you need a TV that can take advantage of the contrasty, colorful streams. Unfortunately, upgrading can be confusing. So, before you take the plunge on a new panel, check out these tried-and-true options that suit almost any need. Then, fire up your favorite app, seamless a bellyful of Thai food, and let the waves of content wash over you.

TV names are completely bananas with endless strings of nonsensical letters and numbers that make telling them apart seem impossible. If you’re looking for a great-looking, reliable TV, Sony makes an extremely solid option. It checks all the boxes you actually want like High Dynamic Range—or HDR—tech for improved color, and 4K resolution to make the most of high-quality streams. It runs on the Android TV platform instead of kludging together its own proprietary software, and a powerful processor inside helps upscale content that’s not quite ready for 4K on its own. So, if you’re clinging to that DVD of The Fifth Element you’ve had since college, it will still look pretty good.

If you want to squeeze every bit of image quality you possibly can out of your watching experience, go with an OLED. Rather than relying on an array of lights behind the screen to illuminate the picture, each pixel in an OLED essentially lights up independently. As a result, the black areas of the picture are inky and dramatic.

LG’s OLED displays use AI to analyze the picture on the screen and tweak its settings to optimize the picture in real-time. It’s compatible with the most popular HDR formats and has AirPlay built-in so you can sling content directly from your phone to the big screen without an extra box.

Rather than trusting TV manufacturers to keep their software and apps updated, you can buy a set with Roku’s excellent streaming platform built right in. TCL’s Roku TVs will get you lots of screen real estate for a small price tag and save you even more cash because they don’t require an external streaming box. Despite their low price, you still get HDR color and 4K resolution. It won’t compete with a high-end flagship, but it’s a ton of TV for the price you pay.

You could spend more than a luxury SUV on a TV if you want, but after a certain point, the extra cash isn’t worth it. Sony’s Master Series sets have everything you could want out of a top-tier TV. The OLED display goes up to 77-inches and boasts compatibility with the popular image certifications like IMAX Enhanced, HDR 10, and Dolby Vision HDR. It has a powerful dedicated processor inside to recognize objects as they appear on the screen and adjust to make them look their best. So, when the old lady dies in Pixar’s Up, you can totally play it off as crying about the picture’s beauty instead of the emotional toll that the movie takes on its viewers. But hey, look at all those colors!

When a TV is on, it’s a magic portal to fantastical lands full of drama and wonder. When it’s off, it’s a giant black rectangle that ruins the look of your entire room. Samsung’s Ambient Mode, however, turns the screen into a smart display that can show you artwork, photos, or passive information about your media library. Turn it on and you get everything you’d expect from a high-end display including ultra-HD resolution and Samsung’s renowned QLED color performance. Maybe use it to display a Banksy art piece so when your pals come over you can say, “Oh, that? Yeah, that’s my Banksy. It’s pretty cool,” and they’ll be impressed with your sophisticated tastes. Then throw on Rick and Morty and laugh at the fart jokes. Life is about balance.