Fireworks scare us—that’s why we love them

Our brains enjoy fear, but only in small, controlled doses. 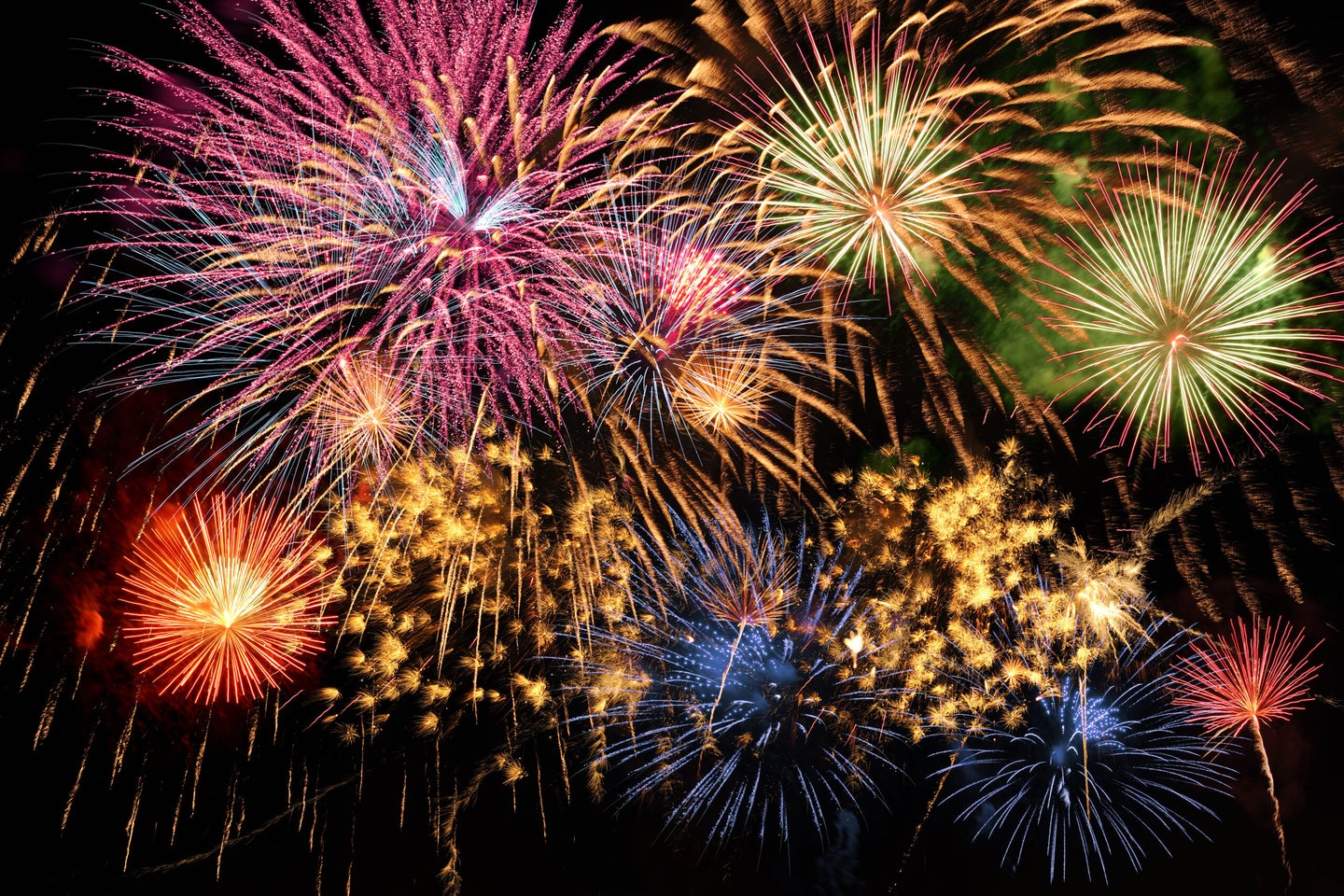 On holidays like New Years Eve and the Fourth of July, skies will be ablaze with exploding art. Our souls will swell with splendor as we watch thousands of fireworks burst in the night, shooting up like hot comets then fanning out into brilliant umbrellas of twinkling light.

There’s no question that we humans love fireworks. Some of us have risked serious burns to the face and hands attempting to set them off and awe our friends. In 2017, more than 250 million pounds of fireworks erupted, generating $1.2 billion in revenue, according to the American Pyrotechnics Association.

But what about fireworks makes them so appealing and euphoric? The answer might not be what you expect.

Daniel Glaser, a neuroscientist and the director of Science Gallery London at King’s College in the United Kingdom, says the reason we like fireworks so much is because they scare us. Like lightning, the bright flashes warn us something—like the booming clap of thunder or the hollow pop of a firework—is about to happen. This activates the amygdala, a little ball of nerves in the brain that detects fear. After the lights have stimulated the anticipation of a threat, the resounding crack of the firework confirms this perception in our brains. In response, our reward centers release a surge of dopamine—a chemical that regulates pleasure.

But why would something that we fear generate glee? According to Glaser, unlike the unbridled terror of the unknown, fireworks-induced fear is controlled. After seeing these light-up shows over and over again, our brains anticipate the bang that comes after the flashes of light. That’s unlike a thunderstorm in which we know thunder follows lightning, but when or how loud the next boom will be is out of our control. This also explains why these celebratory pyrotechnics often terrify dogs. While we know a sound is coming after the firework takes flight, dogs are caught off guard by the sudden, loud noise.

Glaser says suspension in music, a technique where a note is drawn out as the harmony beneath changes, has a similar effect. Listen closely to classical composers like Bach. While prolonging a note, the harmony switches. The suspended notes create tension, compelling you to hang on until the next shift in harmony relieves you.

But fireworks might also be especially mesmerizing to us because of their novelty. As we watch these magnificent pyrotechnic stars explode, Glaser says we’re exposed to injections of color we don’t normally see.

“Fireworks genuinely synthesize new wavelengths of color,” Glaser says. “Basically chemists have hijacked the system when it comes to fireworks, they can cook up colors outside the spectrum.”

We can thank metal salts for these neuron-stimulating hues. As these compounds heat up and eventually go ka-boom, the changes in color produce a dazzling effect—an ooh at the initial blazing beam, and an aah as the glittering tails dissolve in the dark.

These surprising bursts of color also explain why fireworks look super lame on TV or in an Instagram post—and why we’d rather risk injury to get up close and personal to the action. Screens on computers and televisions are made up of red, green and blue pixels that our brain scrambles up, kind of like an artist mixing paint on a palette. If we mix red and green paint, we’d get yellow, but yellow originally was never there. Because pixels also vary in brightness, our brains can create all sorts of color combinations based off of the primary RGB three, but those colors don’t actually exist on the screen itself. When we watch fireworks “live,” we’re witnessing an authentic representation of color very different from the RBG-combos we’re accustomed to.

This unexpectedness of color is also why fireworks are so captivating; even if we wanted to, we’re hardwired not to look away from the light. The rapid fire pops and bright, new pigments force us to freeze as the brain investigates the sudden influx of sound and color.

So as you watch the skies ignite, keep in mind that your brain’s having a little celebration all on its own.