Bugs, hares, and other unexpected animals that control wild fires

The picture is much bigger than grazing mammals. 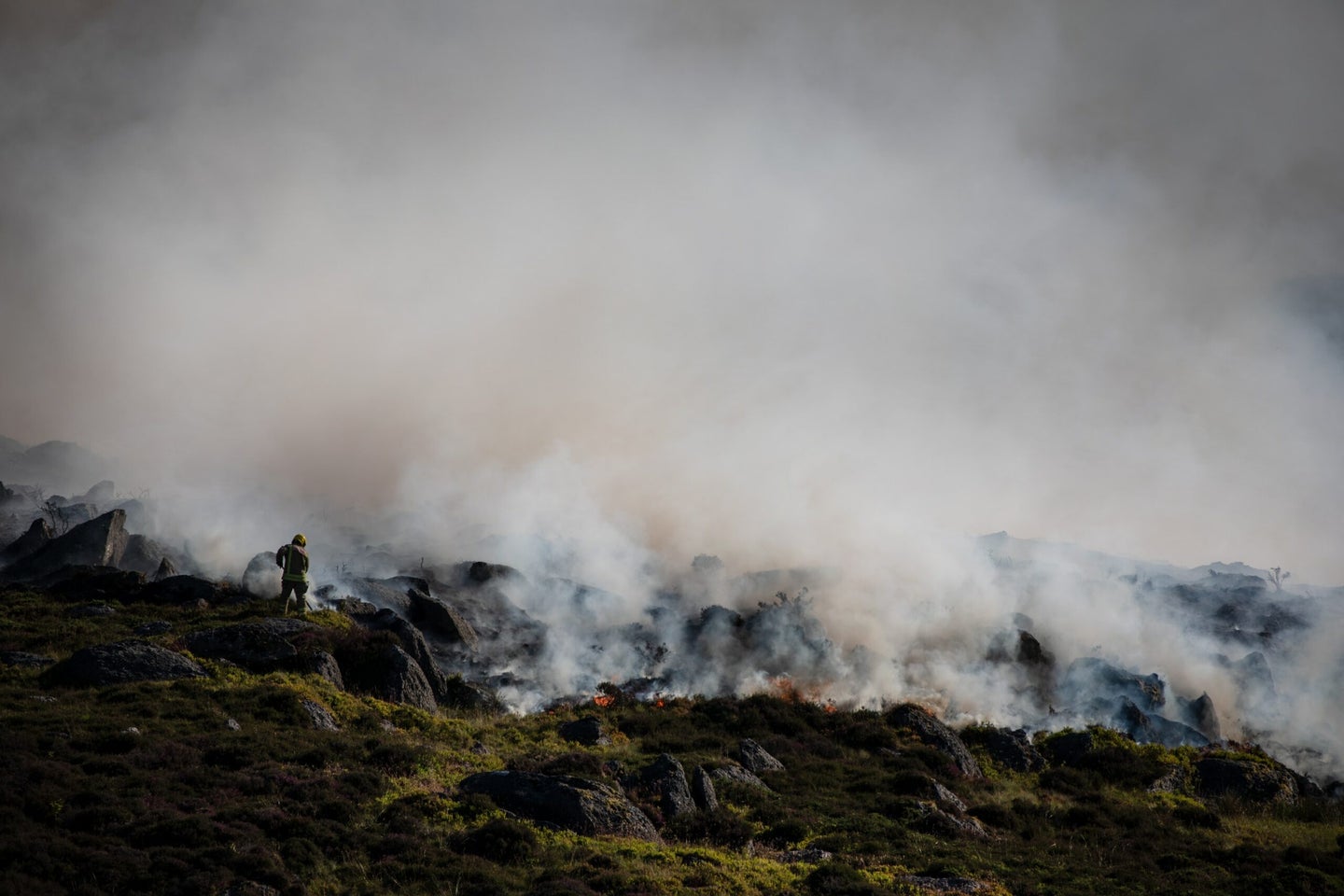 We’re used to hearing about how humans have changed the way landscapes burn, but in recent years biologists and ecologists have increasingly come to realize how much influence animals have on blazes. In California, for instance, cities are now investing in goat herds to mow down hillsides covered in weedy, dry vegetation that serves as tinder during the state’s fire season.

But the relationships between animals and fire are far more varied and complex than just herbivores cutting down on wildfire fuel, a new review in Trends in Ecology & Evolution reveals. Grazers don’t always reduce wildfires, and large animals aren’t the only organisms modifying fuels—small mammals, birds, and insects also play important roles. “I think when it comes to thinking about what animals might influence fire, there’s been an emphasis on large animals,” says Claire Foster, an author of the review and a terrestrial ecologist at Australian National University. “We found a huge variety of animals that can influence fire.”

Thus far, the way large grazers affect the amount of fuel (flammable plant material) has been the main focus for fire ecologists studying animals. But there are a lot of other factors beyond simply the volume of fuel in a landscape that influence the size and intensity of a fire. It also matters how that fuel is distributed, what plants it consists of, and how compact it is. Foster says that in her research she’d already seen how wallabies can change the vegetation structure of their habitat, which could affect fire spread. She was curious what other interactions we were missing by only looking at big herbivores. “I decided to take a global approach,” she says. “My colleagues and I got together and tried to find all the examples we could.”

Their findings reveal just how much influence even tiny creatures can have on an ecosystem, and could help us understand fiery landscapes much better.

Grazers can go both ways

In grasslands, large grazers like cows, rhinos, and buffalos eat lots of so-called “fine fuels,” highly flammable plants (like grass) that spread fires, which can reduce the size of fires and the area burnt. In dry landscapes, these animals can play an important role in managing wildfire. But that interaction doesn’t work the same in all ecosystems.

In some places, the plants most tasty to grazers are also the least flammable, and the herbivores’ selective appetite can leave behind the hottest-burning vegetation. In mixed deciduous-conifer forests in the United States, studies have found that cattle prefer eating deciduous plant seedlings—such as aspen, cottonwood, and willow—and leave behind conifers. Those young pine and fir trees can then act as “ladder fuels” during a wildfire, creating a vertical bridge from the forest floor to canopies, which can start crown fires.

In northern Patagonia, researchers observed that when cattle and invasive European hares graze a subalpine forest after a fire, they prevent tree seedlings from taking root. In turn, the area shifts to a shrub-dominated ecosystem—one that’s more flammable.

Don’t forget about the bugs

“One of the things I really started to appreciate in this review was insects and other invertebrates,” says Foster. “There are means by which they could have an important effect [on fire].” Researchers already knew about bark beetles in the American West, whose attacks can weaken and kill trees, reducing their moisture content and thus making them readily ignite in a fire.

But there are some more obscure things bugs do. When lace bugs eat bur oak leaves, their chemical composition changes. Leaf litter from trees attacked by lace bugs is higher in lignin, a type of fiber that decomposes very slowly. One study found that the leaves decompose 25 percent slower if the tree was attacked by the bugs. This also means more leaves can build up on the ground, creating a thick litter layer that’s excellent fuel for fires.

The little rollie pollies and other invertebrates living in leaf litter also influence fire, Foster points out her review. Those bugs chow down on dead leaves and twigs, breaking them into smaller pieces and making it easier for microbes to feast. In recent studies of the eucalyptus forest in Australia, decomposition of leaf litter slowed down by over a third when researchers excluded invertebrates.

It’s not just the amount of fuel that matters

Without even ingesting any plants, animals can reshape how a landscape burns. Trampling and digging can compact plants by crushing them or covering them in soil. With less air running through them, these fuels don’t ignite as easily. Elephants trample mini roads through dense vegetation, creating gaps that can stop a fire from spreading as far.

Small animals do their part, too. The Malleefowl bird in Australia uses its feet to rake up a big pile of leaves and then lays its eggs in the pile (the composting leaves then create heat and keeps the eggs warm!). This activity removes some of the litter layer around the trees in its woodland habitat. So, while the birds don’t necessarily change the total amount of fuel, they make it more patchy across the landscape. Foster says that this kind of fuel spotiness can influence burn rates. Without a continuous blanket of dead leaves to feed on, a fire might slow down when it hits the “raked” parts of the landscape.

Moving forward, Foster says we need to pay more attention to the smaller animals that are helping shape their environment and how it burns. “Insects are ubiquitous, but we know very little about their role,” she says. “I think that’s something that should be looked at further.”

Further research into some of these finer-scale interactions can help us better understand wildfires. Finding out where animals are creating patchiness in fuels in their ecosystem could help with modeling how fires behave, for example. “But the fire models that we have don’t necessarily let us simulate how those patches might affect the fire in the landscape,” says Foster. “I think it could be really useful to work with firefighters to create some models, or adapt some of the existing models, so that we can look at these things at finer scales.”

And there’s still a lot more to know about animal-fire interactions. “My take home message is there’s potentially some really ecologically or management-useful interactions happening that we don’t yet know about,” Foster says. “It could be fruitful to explore some of those.”