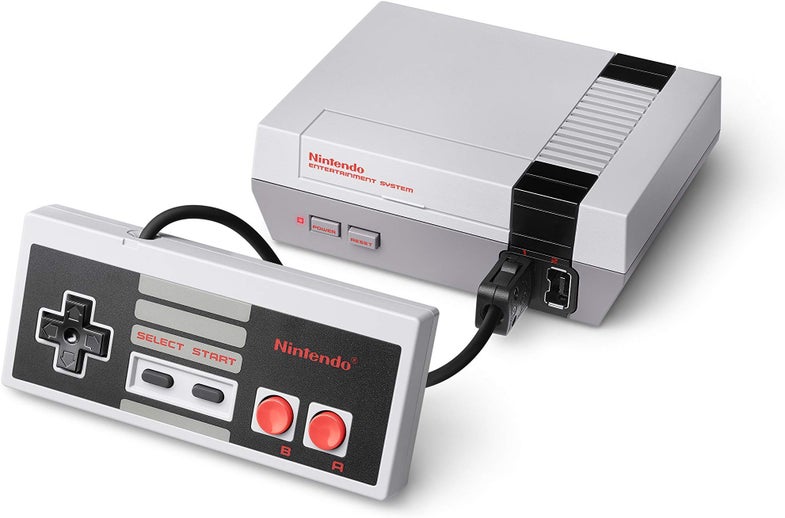 Want a zero-hassle way to relive your youth? The NES and SNES Classic are back on store shelves. They only come with a few dozen games though, so if you have a vast collection buried in your closet, you might be tempted to pull out your old retro systems instead. The only problem: They look and play terribly on modern TVs.

When you plug an old game console into an HDTV, you’ll see an underwhelming mess of blurry, laggy video with muted colors. You could get better picture quality by using an emulator to play those games on your PC, but emulators aren’t perfect. Some obscure games have bugs, or don’t work at all with this type of software and unless you plan on illegally downloading the games you want, you’ll still need specialized equipment to connect those old cartridges to your PC.

If you want a true retro gaming experience, you’ll want to use the original consoles. And thankfully, you can do a few things to make them look great on modern TVs, from tweaking the settings to buying a dedicated video upscaler. Here are your options.

Get a cleaner picture with the right cables

So how should you connect your console to your television? Many classic video game consoles had multiple outputs, and some were better than others. On older systems, you’ll find support for some or all of the following.

This video showcases the difference in picture quality you’ll see between composite, S-video, and component cables on the Sega Genesis console.

If you want to hook an old system up to your TV, first see what outputs that console supported and pick the best one. Then buy a compatible cable online and plug it into your TV or receiver.

Because each console is different, and even variations of the same system may require different cables, you may have to search a little before you find the right cable. But choosing a good connection is the cheapest way to improve the video quality of those old consoles.

Modern televisions do a lot of work to make your picture look good. For example, when your 1080p or 4K HDTV has to upscale the 240p picture from a gaming console, the television may perform motion interpolation or other post-processing in the background. This can cause “input lag,” in which you experience a delay between pressing a button on the controller and seeing a reaction on the screen. This is a problem for lots of video games, but it’s especially noticeable on older, difficult, fast-twitch ones like Tetris or Super Mario Bros.

You can alleviate this by turning on your set’s so-called Game Mode. As we’ve mentioned in the past, Game Mode disables a lot of your TV’s post-processing to reduce input lag.

If you feel like Mario’s not jumping until long after you press the A button, head into your TV’s settings and make sure Game Mode is turned on. This won’t eliminate lag completely—for that, you have to replace your modern set with an old-school CRT TV—but it’ll still provide a noticeable improvement.

While a good cable will give you better colors and less noise, it won’t put the best possible picture onto a modern TV—after all, it’s still carrying a low-resolution, analog signal. If you want something more comparable to the high definition output of the NES and SNES Classic—or something even better—then your setup can get pretty complicated (and expensive).

If you think that picture is still worth it, you can achieve HD output on old systems using an external scaler designed for video games. These convert your console’s low-res 240p signal to a high-definition signal for modern HD sets.

The XRGB-Mini Framemeister is the most versatile and well-known of these devices, and while it’s been discontinued, you can still find systems on Amazon and eBay for about $400. Just plug it into any console via composite, S-video, or RGB, and send the output to your TV over an HDMI cable. (On consoles that support it, RGB will provide the best picture. However, that will require a SCART cable for your console along with a SCART-to-XRGB-Mini adapter for the Framemeister.)

The result is a much cleaner, high-quality picture than you’d get with any of those analog signals alone.

Check out this video at 11:10 for a side-by-side comparison of the picture with an external scaler and with analog signal alone.

The Open Source Scan Converter (OSSC) is a more readily available alternative, and it has less input lag than the Framemeister. At £162.00 (about $210), it’s significantly cheaper too. And the latest models have an HDMI output that you can plug right into your TV. On the negative side, the OSSC is significantly less versatile, since it only accepts SCART, component, and VGA inputs. That means that you’ll need a component or SCART cable for many of your systems, and consoles that don’t support those outputs—like the original Nintendo and Nintendo 64—won’t work with the OSSC at all (unless you modify the console’s innards for RGB output). In addition, it may have compatibility issues with some TVs, so you’ll need to try it to figure out whether it will work at all.

An even newer $99 device called the RetroTINK-2X can accept component, S-video, and composite inputs. It isn’t quite as powerful as the others, with fewer features and a maximum resolution of 480p, but for the price, it’s a great budget option. It’s currently backordered, however, since it’s still ramping up production.

Although you can also find other cheaper options, they introduce more input lag than I’d generally consider acceptable. You’re better off just plugging component cables straight into your TV.

Is your head spinning yet? I don’t blame you. The results can be fantastic, but buying a setup like this will lead you down a complex, winding rabbit hole. That’s why some folks have opted for updated “clones” of retro consoles instead—like the Analogue Super NT, which plays all your old Super Nintendo cartridges using built-in upscaling and HDMI. They don’t exist for every system, and they’re still expensive. But if you only want to rediscover one older console, it won’t cost much more than an upscaler—and it’ll be much easier to use.