Bears usually avoid skunks, but in this throwback clip, both mammals stand their ground for an epic showdown. 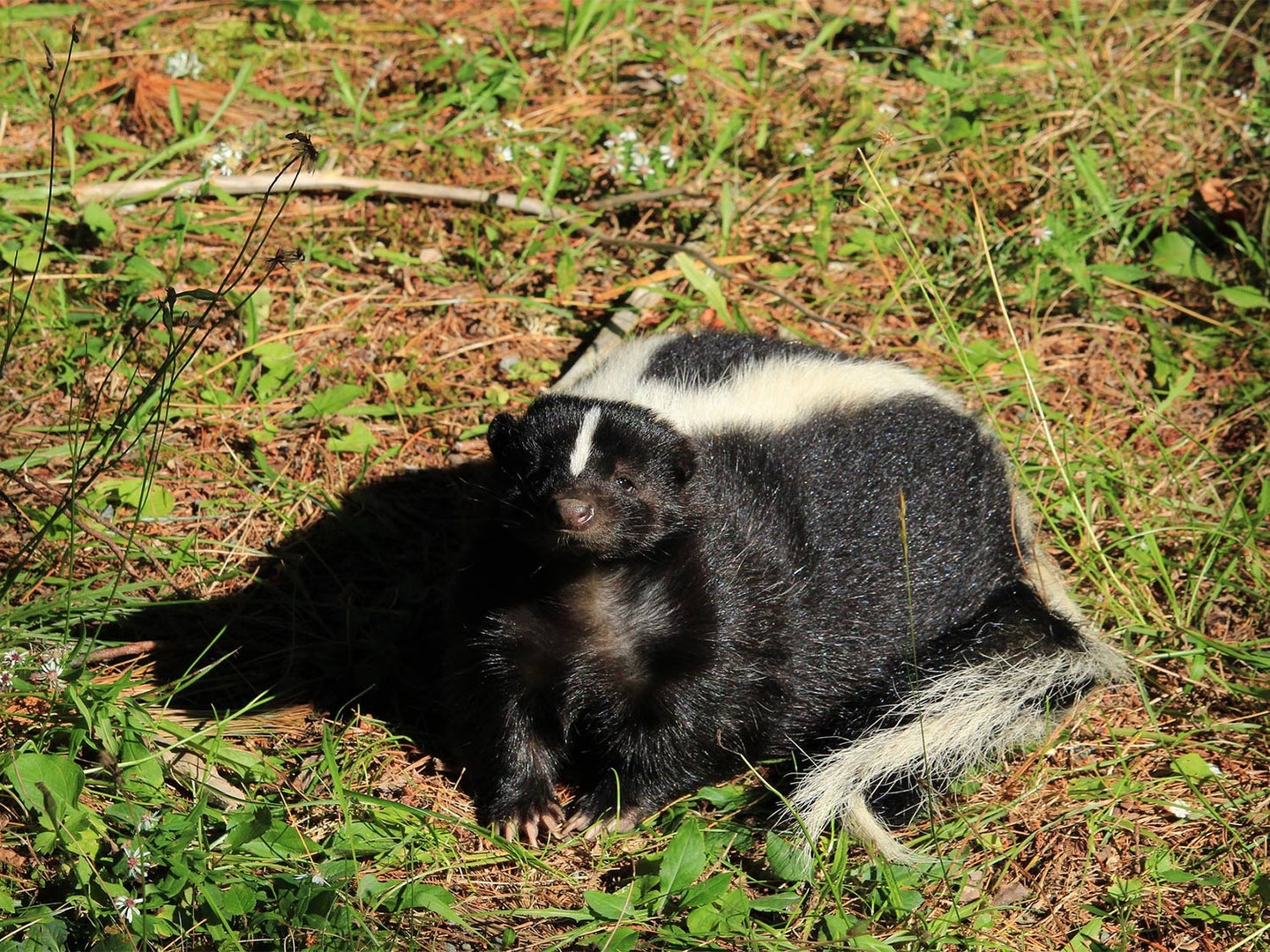 A spraying skunk can hit small targets up to 10 feet away. LeniG from Pixabay
SHARE

Coyotes, foxes, bobcats, mountain lions, and bears can all eat skunks, but they usually avoid them. Still, you have to be impressed with the pluck of your average skunk, and this video, shared this week by New Country 99.1 in Windsor, Colorado, is a fine example, as a young bear apparently learns his place in the order of things the hard way.

The bear confronts the skunk at close range, but rather than fleeing, the skunk takes a few steps toward the bruin, rocks forward and back, and raises its tail. We know this is a good time to retreat, but the bear apparently doesn’t. He stays put while the skunk swaps ends and delivers a visible spray to the bruin’s face. Exit bear, running flat out.

This is a testament to the both the skunk’s hutzpah and to its anal scent glands, which are arranged one on each side. Skunks are pretty good shots, too, able to hit small targets at distances of 10 feet, and they carry enough for five or six sprays. The spray itself is a sort of yellow oil that clings to most things. It contains volatile sulfurous compounds that are detectable by the human nose from up to a mile away in the right conditions. As anyone with skunk experience knows, you don’t want to mess with it. It makes pepper spray seem like perfume.

Incidentally, the old standby remedies for bathing a skunk-sprayed dog—tomato juice and vinegar—won’t cut it. There are specialized skunk treatments for dogs, but skunk attacks often take place at night after stores are closed. Your best bet is a mixture of a dash of hydrogen peroxide with baking soda and a teaspoon of dish detergent. This is reasonably effective at removing the oil from fur but will also probably bleach your dog’s coat. So, keep it away from the dog’s eyes and mouth.

Skunks are pretty effective at warding off most predators. They turn the tables on rattlesnakes, for example, eating the serpents. They are effectively immune to snake venom. Great horned owls are considered their major predator. In one case, the bones of 57 striped skunks were discovered in a single great horned owl’s nest. Owls have almost no sense of smell whatsoever, which is a good thing to lack when messing with skunks. Bears are not so fortunate.