How to stop snoring and spread the gift of better sleep 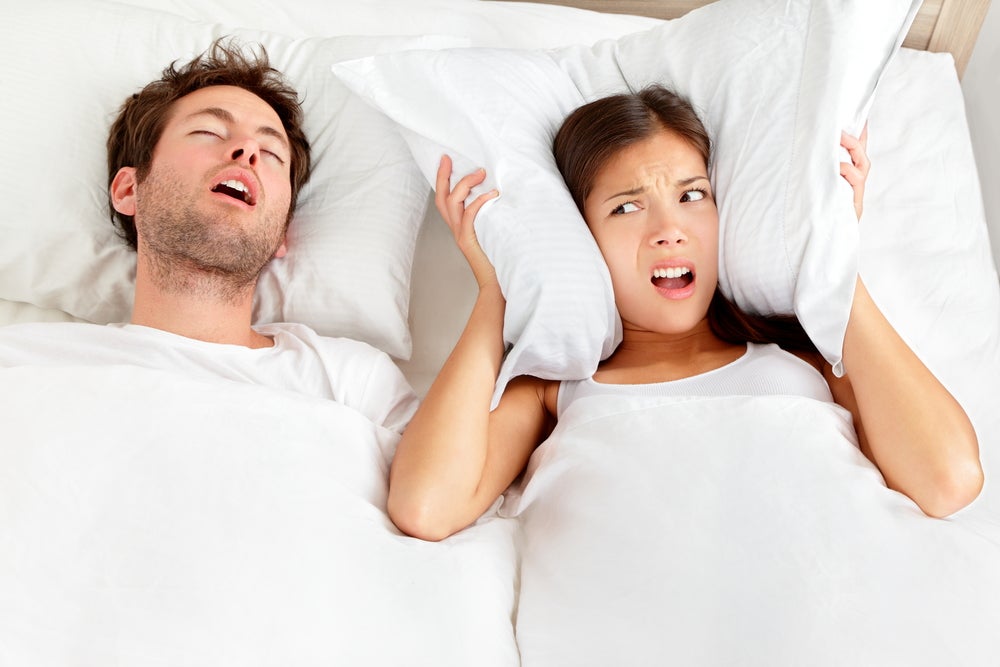 This story has been updated. It was originally published on June 25, 2018.

Snoring is one of humanity’s great uniters: We’ve all lost sleep from someone sawing logs in the next room. In fact, one Italian study interviewed thousands of participants and found that nearly one-fifth of the subjects snored habitually.

This habit isn’t just a nuisance—it actually affects your health. Luckily, science has figured out how to stop snoring, or at least a few ways to help stop it.

You probably didn’t need science to tell you this, but “snoring can affect your quality of sleep as well as your bed partner’s,” says Neil Kline, a sleep physician with the American Sleep Association. If you don’t believe us, take a look at this 2006 study, which found evidence of sleep disruption in children and adolescents who snored, or this 1999 one, which found that people slept an entire hour longer each night after their spouses stopped snoring. This is important because we know that good-quality sleep improves your overall health.

However, sleep disruption may be one piece of a larger, far more worrying health issue. Snorers produce that gravely sound because the tissues in the back of their throats are obstructing their airways, vibrating as they inhale and exhale. In some cases, the obstruction can be so bad that the airway closes entirely. This is called sleep apnea, and it’s a huge problem. It means you’re essentially suffocating for a few moments until your brain wakes up and restarts your breathing.

[Related: Skip the wearables and track your sleep with these apps]

Apnea can cut off your breathing as rarely as a few times a night, or as frequently as a few times per hour, causing a host of very real health risks. According to the American Sleep Association, sleep apnea can “increase the likelihood of high blood pressure, heart attack, stroke, obesity, and diabetes,” not to mention other risks like driving accidents due to lack of sleep.

Snoring is almost always a symptom of sleep apnea, but apnea isn’t always the cause of snoring, so it can be hard to tell whether your nighttime noise is a mere annoyance or a more serious health problem. Kline says, “If you have snoring accompanied by excessive daytime sleepiness, witnessed pauses in breathing during sleep, gasping during sleep, or the presence of other health disorders, a visit to the doctor is recommended.”

How to stop snoring and sleep better

If you’re concerned you may have sleep apnea, don’t just rely on your partner to diagnose you, as non-experts may not notice when others stop breathing during sleep. Instead, a doctor will likely recommend a sleep study with a specialist. You can undergo one of these diagnostic tests in a sleep center or using an at-home kit. A specialist can also take your medical history into account and offer options for long-term treatment.

Even if you don’t seem to have sleep apnea, your loud sawing can still annoy your partner and disrupt your own z’s. According to Kline, you can take several steps to alleviate it.

For starters, most snorers sleep on their backs. Changing your sleep position can change this habit. Alcohol also increases your likelihood of a noisy night, so try to avoid a nightcap before bed.

If these measures fail, you can move on to more significant interventions. Klein says, “If you’re overweight, weight loss may be very effective at decreasing the size of the tissues that surround the airway.” With less surface area vibrating at the back of your throat, the sound of your breathing will grow quieter. Klein also recommends an anti-snoring mouthpiece, which can help widen your airway.

In certain cases, you can even ask an ear, nose, and throat doctor about performing one of several surgeries that reduce snoring. Klein says, “While there is no guarantee of success with any surgery, and there are risks, these options may offer an option to eliminate snoring—without other concurrent treatment options.” If you’re a good candidate for this type of procedure, you’ll be able to dispense with other anti-snoring measures.