Just in time for a birthday party 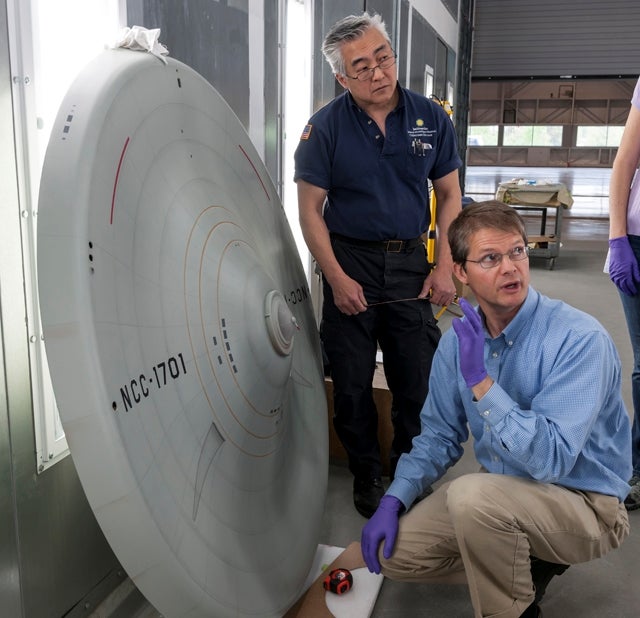 Star Trek is everywhere these days. There’s a movie coming out next month, a series coming out next year, and 2016 marks the 50th anniversary of the series. Is that enough? Never.

On July 1 there will be another opportunity for Star Trek fans to celebrate. The fully restored model of the USS Enterprise (NCC-1701) which was used as a prop in the original series, will go back on display at the Smithsonian’s National Air and Space Museum in Washington, D.C., after a two year hiatus.

The model was donated to the Smithsonian’s National Air and Space Museum by Paramount in 1974, and first went on display in 1976 when the building opened. In 2000, it was moved to the museum’s gift shop. It hung there until 2014, when it was removed for restoration.

Now the model has paint and markings that match the original 1960’s color, and new LED lights. Visitors will be able to see both the camera-ready side and the working back of the model, which remains unfinished (just like it was when it first had its close-up).

The model will be part of the re-opened Boeing Milestones of Flight Hall, which is reopening to much fanfare on July 1, the 40th birthday of the National Air and Space Museum’s building. To mark the occasion, the museum will stay open all night, offering music, treats, an all night webcast, and a movie marathon of classic space-and flight-related movies including Galaxy Quest, 2001: A Space Odyssey, and Top Gun.