Why Futurama Was The Greatest Show About The Future Ever Aired 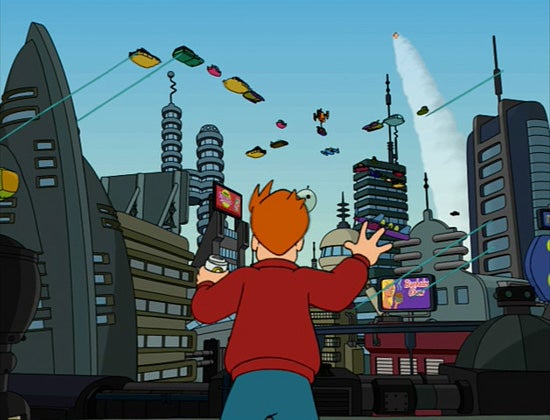 The first time I saw Futurama, the long-running (but off-and-on) animated series from Simpsons creator Matt Groening, I was a kid watching it on summer afternoons at my grandmother’s house. I don’t think I’d ever laughed that hard–not at its colossally influential older cousin The Simpsons, and possibly not at anything since. The show ended its run (again) last night.

Here’s the setup, if you haven’t seen it (and if you’re reading this site, which I assume means you have at least a passing interest in The Future, I’d recommend you give it a shot): a pizza delivery man-child accidentally cryogenically freezes himself in New York on New Year’s Eve 1999, then wakes up on New Year’s Eve 2999, where he is, uh, also a pizza delivery man-child. Except a space-exploring one.

The show did the only reasonable thing: revel in all the ways the future could be absurd.I bought the DVDs of the show, and would turn on re-runs I had seen more times than I’d like to admit here. I couldn’t put my finger on it then, but the show always struck me more than other TV sci-fi, even the more challenging, adult Star Trek, which I’d flip on after Futurama was over.

But I think I understand now why the show mattered to me. While most TV science fiction is an exaggerated metaphor of the creators’ ideas–or, at its worst, a sterile attempt at imagining the future–Futurama understood that the future would always subvert our expectations. So the show did the only reasonable thing: revel in all the ways the future could be absurd, wild, poignant, hilarious, bizarre, terrible, wonderful, and so, so close to reality without being a thinly veiled version of the present.

Compare that to the other great works of sci-fi television, and even the most daring of them seem conservative. There are the time-traversing tales of shows like Doctor Who, where the future isn’t something we barely make out in the distance, but a malleable tool for the hero. Then there are those works where the future is just a re-imagining of the present. You can find it in The Twilight Zone, where surreal morality plays became metaphors for Cold War-era paranoia. If you’re digging for a more recent example, consider Battlestar: Galactica, which is a re-imagining of the Iraq War with Star Wars tropes.

It’s not that I don’t like these shows–in fact I think The Twilight Zone is one of the greatest shows ever to make it to the small screen–but I also think it’s disingenuous to think of them as shows about the future when they’re blatantly about the present–and only the present.

Futurama, meanwhile, understood that making a show about the future meant really embracing the uncertainty of the future (without ignoring the past and present). In one episode, the ex of Fry, the show’s lead, is cryogenically frozen and wakes up in the future, too. She says she’s having trouble “adjusting to all the strange stuff here in the future,” when another character replies, “I’m from Mars.” 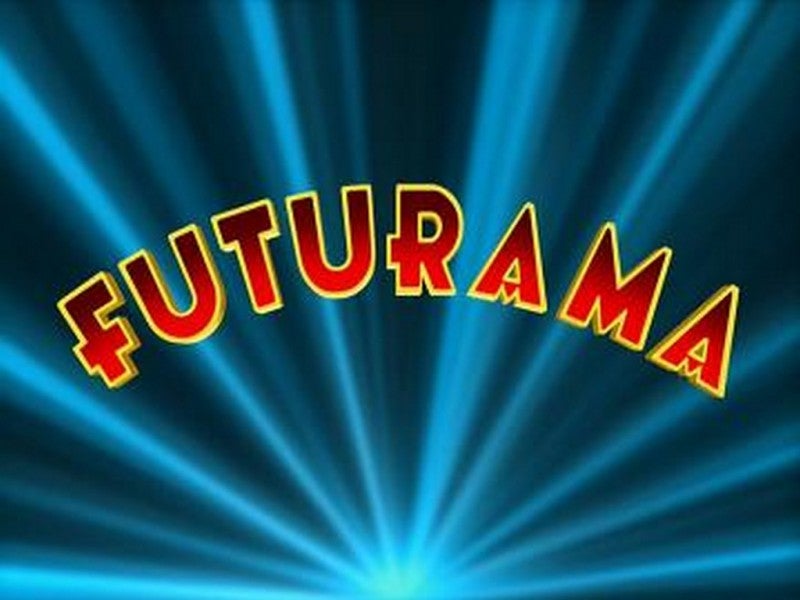 The show’s strange sensibility certainly wasn’t for everyone. But it was always strange for the right reasons. Consider this snippet of conversation between Fry and his friend and occasional love interest, Leela:

Leela: Once and for all, Fry, even though it’s the future, most objects are still just objects. Not Aliens who look like objects.

Fry: So my efforts to establish diplomatic relations with the cactus people were doomed from the start.

Weird! Funny! And like the best satire, it gets at a truth: our predictions of the future are, more often than not, terrible. You can check out the Popular Science archives for proof. We’re not embarrassed! Futurama understood that it’s unreasonable to even try to make predictions–that messy uncertainty is the future’s only real certainty, so why not own it?

Which ties in perfectly with the herky-jerky trajectory of the show. It aired for a while, got canceled, came back, and now it’s gone again–except it may come back on another network, possibly, Matt Groening has said. Or maybe it won’t! Who knows.

I haven’t seen the series finale yet. But I will, sometime in the future. Maybe.