Squishy robots now have squishy computers to control them

Driven by a soft-drive. 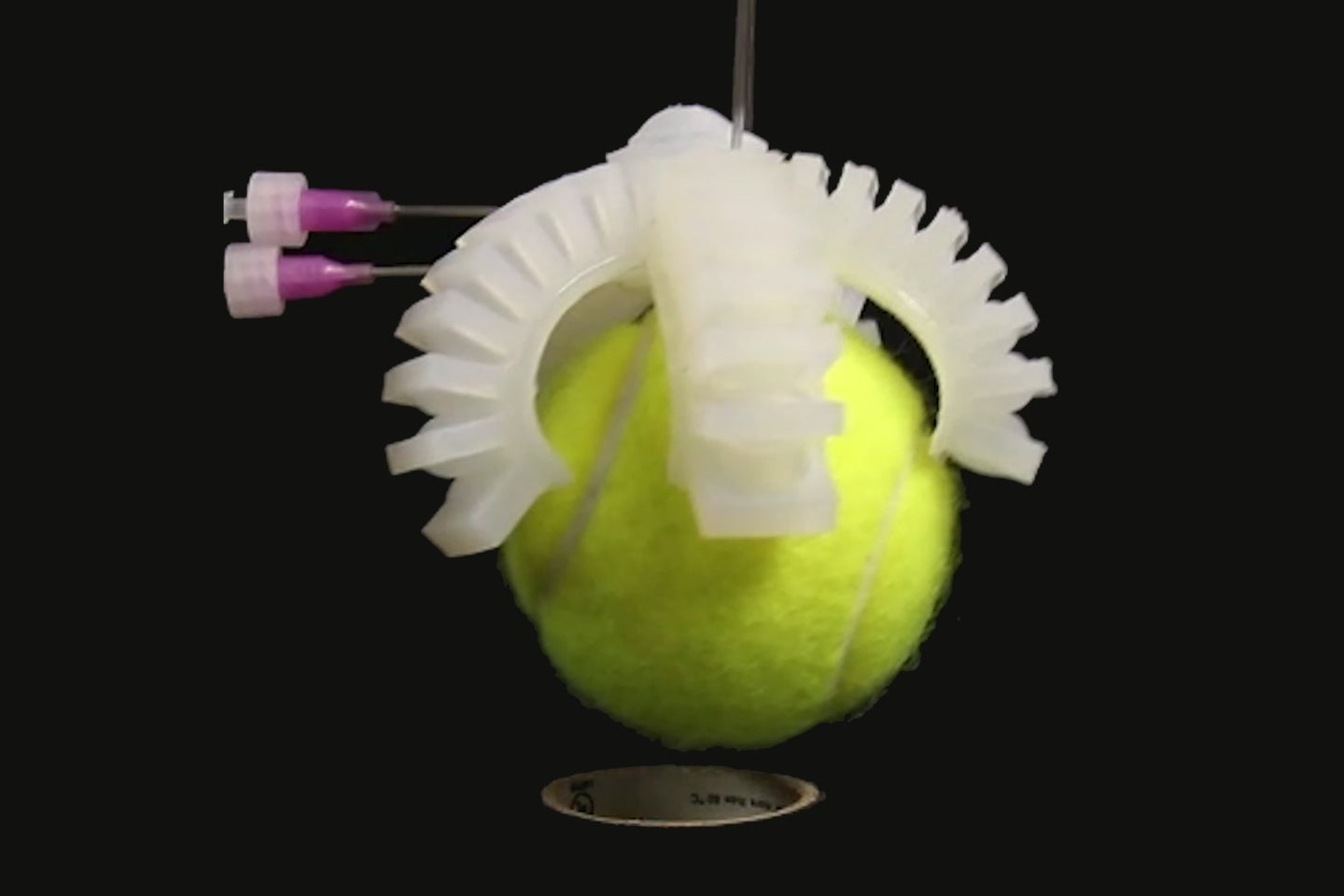 Robots made out of flexible materials have huge potential, and in recent years they’ve been the subject of a lot of research and development. But the field still has far to go, and one hurdle is the fact that robots are usually controlled using computers—which tend to be hard and inflexible. Now, a team of researchers from Harvard University has come up with a soft replacement for those hard electronic components, in the form of a rubber computer that runs on “digital logic.” Robots that have this computer as part of their design will be completely made of soft parts.

Soft robotics has “really come a long way over the past decade,” says study first author Daniel Preston. “What’s really been missing is the ability to control things with a completely soft computation,” he says. Autonomous soft robots would be able to take some of the benefits of squishy mechanoids—being relatively simple, durable, and long-lasting, as well as interacting safely with humans due to their soft touch—much farther.

Completely soft robots do already exist, and their movement is powered by pressurized liquid moving through tiny channels, in a process called microfluidics. But those devices are generally small, says Preston, and not able to provide the levels of airflow most robots need to move around and grip things. Low levels of airflow also make computations slower. “We designed our devices at a little bit larger scale,” he says. Higher airflow rates using their technique allow the soft robot to make computations in about a second, using pressurized air flowing through channels that are about one millimeter (0.03 inches) in diameter.

The computer works on the same principles as any other: a series of gates that open and close, transferring information down pathways. In this case, the soft computer is made out of silicon tubing and pressurized air. The air moving through “gates” in the rubber acts in the same way as electricity does moving through the computer chips in your laptop or smartphone: it triggers inputs and outcomes at each stage in the rubber, thereby dictating the bot’s movements.

The robot is far from being as sophisticated as your smartphone, but that’s just a matter of how many computations it can do, and how quickly. The robot can do about one computation per second, says Preston, and in time they hope to speed it up slightly. By comparison, your smartphone makes billions of calculations per second. But because of the advantages of soft robots and the fact that they’re best used to perform relatively simple tasks, they don’t quite need the processing power you use to watch videos and check Twitter.

Currently, the team’s robots have 10-20 logic gates, and in future research, they hope to design robots with up to 100 or even 1000, he says. Each of those extra moves would make the mechanoid more sophisticated. Each gate transmits a message, in the form of air, to the next, telling it what to do. The more complicated the network of gates, the more actions the robot can take.

An all-soft robot can interact with humans more effectively, which is what Preston is most excited about. After all, we’re pretty soft, and hard metal or plastic robots need to be carefully calibrated in order not to hurt us. Soft robots simply can’t exert enough force to cause harm by accident, which makes them ideal for performing surgical procedures.

Right now, “the field of soft robotics is attempting to augment or find new abilities,” says Robert Shepherd, a Cornell University soft roboticist who was not involved in the current study. Mimicking something we know a lot about—digital logic, the sort underpinning smartphones and computers—is a logical way to move forward with making soft robots that think for themselves, he says.

If it works out in the field, Shepherd says, the Harvard researchers’ innovation could have “great applications.” Soft robots are generally cheaper to make, safer to work with, and need to do fewer computations to work than their hard-shelled counterparts, which means they could be easier to manufacture, work alongside, and use. If they can think for themselves, too, they might come in handy for things like search and rescue, picking up and sorting animals like mice in a laboratory environment, and even working in a manufacturing setting, where their soft bodies make them better coworkers for fragile humans.