Last week in tech: A gaggle of new Google gadgets, more info on the Facebook hack, and robot parkour

Check out the latest episode of our podcast! 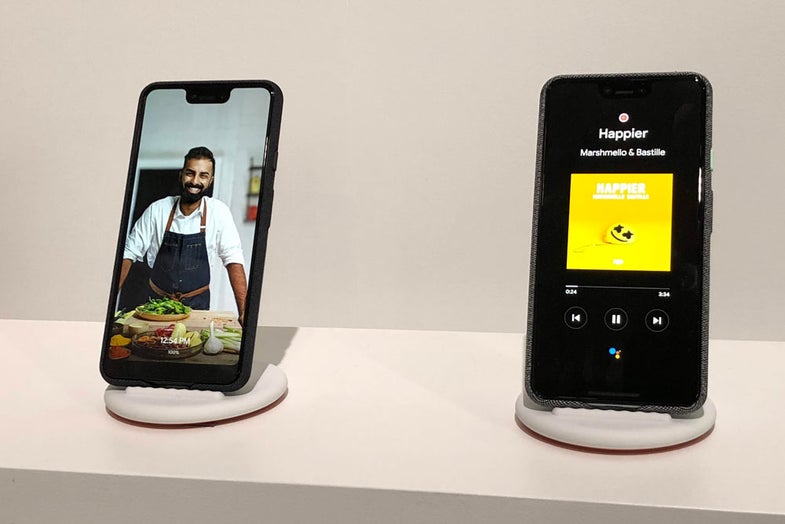 New gadgets have been dropping from the sky faster than leaves falling from the trees. Last week, it was Google’s turn to unleash its latest products. But, new flagship smartphones weren’t the only thing happening in Tech Land last week. Here’s a look at the stuff you missed—and a video of a robot running around all over the place.

Listen to the latest episode of the podcast!

This week’s show takes a deeper look at the new Google stuff, including the Pixel 3 smartphone, the Home Hub smart screen, and the Pixel Slate convertible tablet. We also discuss the demise of the Google+ social media network, and a font that helps you remember what you read.

You can listen in the player above, subscribe on iTunes, follow us on SoundCloud, add us to your Stitcher, and now you can listen on Spotify, too!

The week didn’t end all that well for Facebook. On Friday, the company announced that information from roughly 30 million accounts got into the hands of malicious folks (here’s how to see if you were one of the victims). Earlier in the week, however, the company celebrated the release of its new hardware offerings, Portal and Portal+. Both devices are video-calling stations with microphones and cameras (which you can turn off) that you’re supposed to put in your house. Yes, these announcements happened in the same week. No, the timing was not great.

Dyson made an air-powered curling iron

If there’s one thing Dyson truly seems to love, it’s using air to push and pull things around. First it was dirt with its vacuums, then water with its hand dryers. Last week, the company introduced a tool designed to style long hair with airflow instead of heat. The $500 Airwrap styler creates a vortex of air around its cylindrical body that creates big curls without the risk of scorching your locks. If my mom had this when I was five, I wouldn’t have a burn scar on my arm to this day.

The first time Microsoft started offering up its latest Windows 10 update, a few people found out that a bug deleted some files from their documents folders. After a temporary pause to find a fix, the update started making its way to computers once again.

There have been some interesting advancements in processing products lately, and now Intel has announced its first Core i9 chips, which are optimized for fast gaming performance. If you really want bragging rights, just buy the most expensive one (about $600) and then put its name in your signature on the PC gaming forums you frequent.

The Boston Dynamics robot did some fancy running

It’s endlessly entertaining to watch a robot run around. Perhaps, though, it’s not quite as entertaining as watching a robot fall down, but this clip of a Boston Dynamics Atlas robot doing his best Ninja Warrior impression is still a pretty good time.

Lego made an awesome Overwatch set

On the other end of the robotic spectrum, Lego created a set dedicated to Overwatch character, Bastion. The kit even comes with enough blocks to make Bastion’s bird buddy, Ganymede. It doesn’t do parkour, but it sure would look great on a video-game bric-a-brac shelf.

Old videogames used to be hard. In fact, some of them were really, really hard. Now, Nintendo is releasing a version of Legend of Zelda to the NES app on the Switch. The key difference between the new version and the original is that you can now start with a full inventory of money and weapons, including the fancy legendary stuff that should let you cruise through the game with no problem. I get the appeal, but I also pity those players that will never get the true NES experience of wanting to crack your controller in half out of frustration.