Super-Intense Laser Stretches Farther Than Ever

This is the same kind of laser technology scientists have examined for triggering lightning bolts. 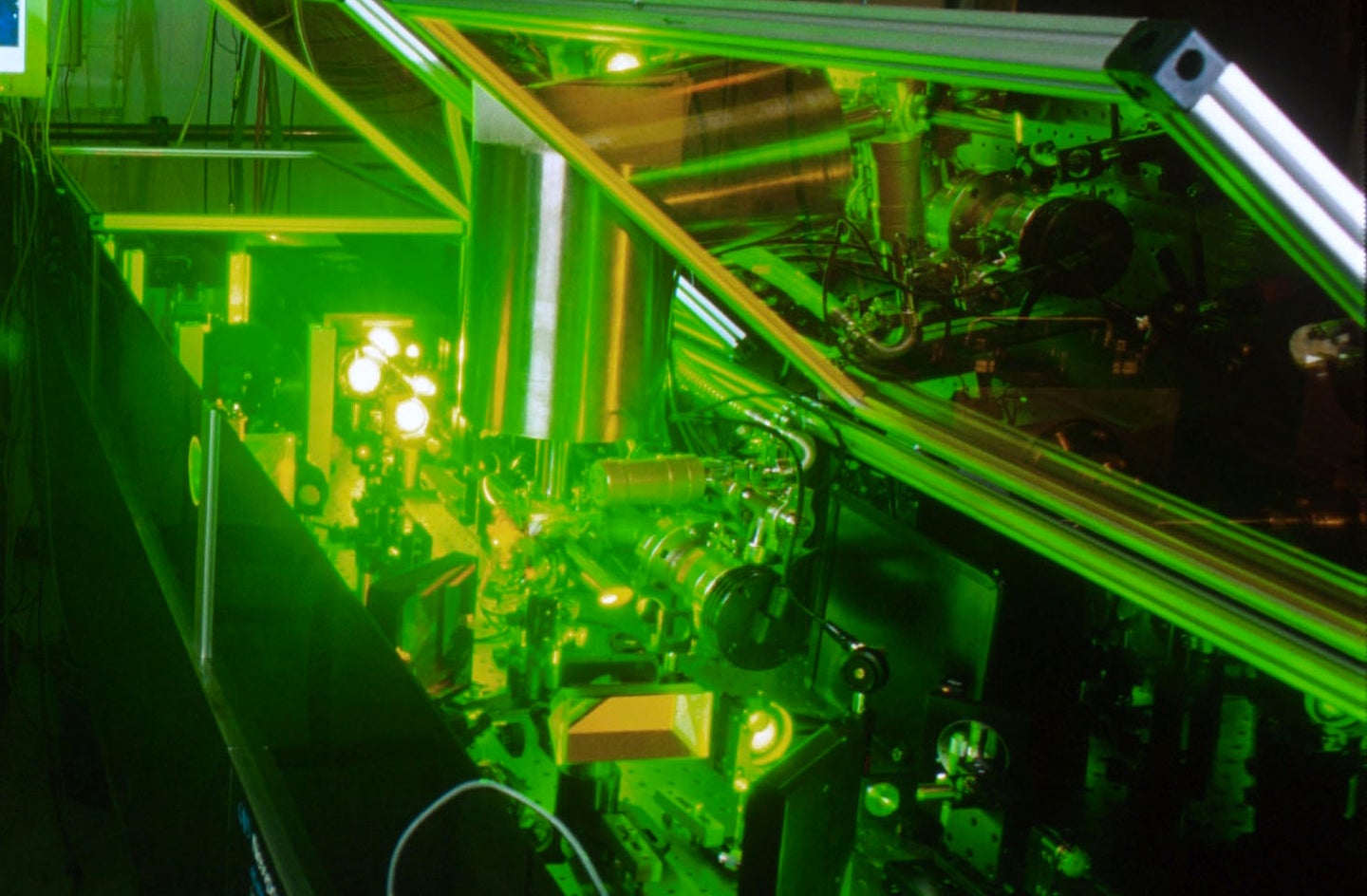 Scientists have been able to get a super-high-energy beam of laser light to travel farther than ever—a little more than seven feet, in a lab demonstration.

In the future, such lasers could go into long-distance sensors, or chemical-identifying spectrometers. One more unusual application scientists have thought of is directing lightning. In 2008, a team of European physicists used high-intensity laser pulses to trigger “electric events”—though not lightning bolts—in a thundercloud. It will take more development to trigger lightning bolts, the scientists wrote in a paper they published at the time. This new experiment is a step toward that development.

The laser pulses we’re talking about are very high energy, so they don’t act exactly like your cat’s favorite toy does. Intensely energetic laser beams move through the air differently than ordinary laser beams, forming something physicists call optical filaments. The filaments tend to lose energy quickly and dissipate.