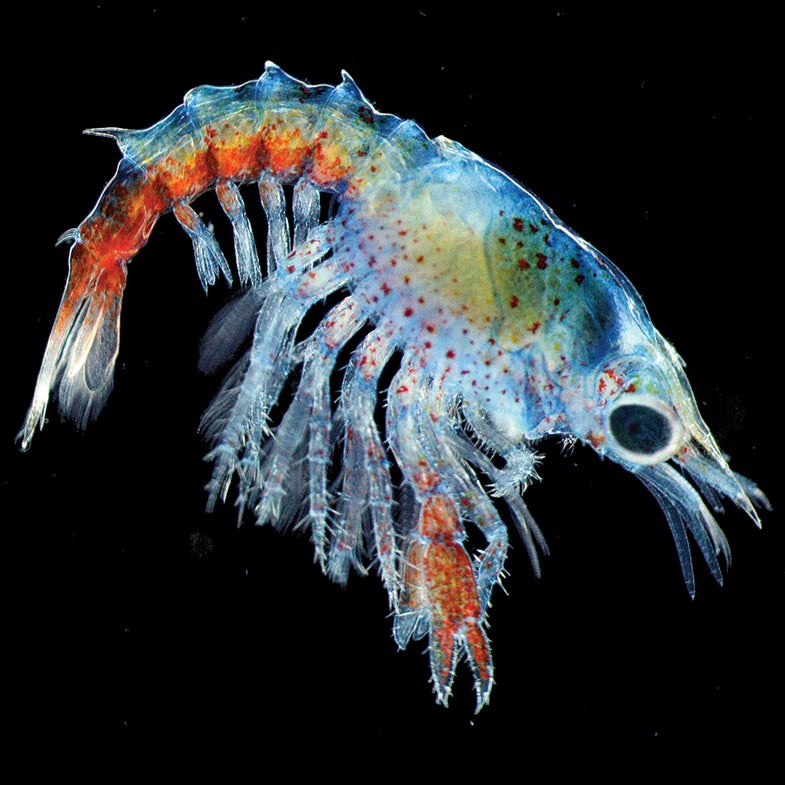 This incredible photo of a three-week-old lobster larva captures all the details of the tiny organism right down to the whisper-thin hairs on its legs. The photo is one of the winners of the 2016 Vizzies, a Popular Science and National Science Foundation contest celebrating the year's best science imagery. Jesica Waller, Halley McVeigh, and Noah Oppenheim
SHARE

As a master’s student in marine biology at the University of Maine, Jesica Waller spent the summer taking pictures of baby lobsters. Increasingly warm and acidic oceans affect many marine species, and so Waller raised thousands of lobsters in the lab—no easy task, since young lobsters tend to eat one another—to see how different climate-change scenarios alter their development. This image of a live three-week-old specimen was one of thousands Waller took. It captures the distinct, delicate hairs on the legs. Since lobsters have very poor vision, they rely on their leg hairs for sensory tasks such as finding food. Adults have them too, meaning baby and grown-up lobsters alike taste with their feet.

“American Lobster Larva” won the People’s Choice award for Photography in the 2016 Vizzies. See all 10 of the winners.