Sinuses could give forensic anthropologists a hand. 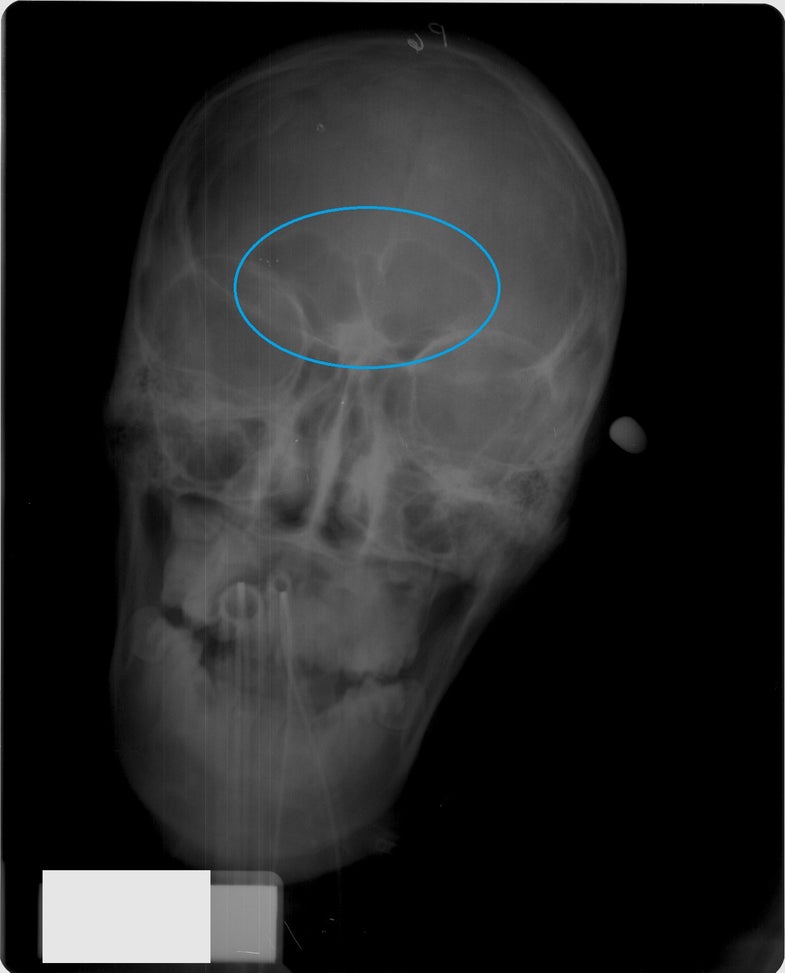 What started with a trip to the pediatrician has now led North Carolina State University researchers to develop new ways of figuring out the age of young human skeletal remains. The new technique uses X-rays of the frontal sinus, a large cavity behind the forehead which fills with mucus that drains into the nose, to determine the age of developing skulls.

The key to the new method is the fact that these cavities don’t fully form until young adulthood, and don’t even exist at birth.

“Even as an expert in skeletal tissue, I was unaware that children’s sinuses were not visible radiographically until about six years of age,” says Ann Ross, a professor of anthropology at NC State. But when Ross took her young son into the pediatrician for what she thought was a sinus infection several years ago, she learned something new.

“He had snot running down his nose, and I went in and said, ‘I think he has a sinus infection’ and she looked at me and said, ‘hm, no, he doesn’t have those yet,'” Ross recalls. In fact, babies do have sinuses capable of getting infected—their maxillary and ethmoid sinuses are too tiny to see on an X-ray, but they exist—but they totally lack the frontal sinuses that often cause grown-up headaches (and as it turns out, her son had an ear infection).

A study published by Ross and former graduate student Kaitlin Moore in The Anatomical Record on Thursday describes the development of the frontal cavity in relation to the age of a growing skull. Unlike other sinuses, like the ones located near our cheeks, the frontal sinus begins development around two years of age, often only becoming visible under an X-ray at around age six.

Forensic anthropologists typically look at dental eruption and development in a juvenile skull when determining age, or long bones in a full skeleton.

“There are things that happen to bones, the way that they fuse, the way they grow, you can see how old someone had been,” says Marin Pilloud, an assistant professor of anthropology at University of Nevada, Reno who wasn’t involved in the new study. “You could look at dental eruption, which is pretty tight with age.”

But teeth aren’t always the answer. “The teeth tend to fall out,” Ross says of juvenile skulls found without a skeleton. But even in fragmented, incomplete remains, these sinus cavities are likely to be identifiable. “They are pretty permanent in there, so they would be useful in that respect.”

So in the future, forensic scientists and anthropologists could have another option in their toolkit for pinning down the age of unfortunate young subjects. Research suggests that X-rays of the frontal sinus aren’t useful for determining sex—despite the skull being the most reliable sex-determinant skeletal feature besides the pelvis—but they may be useful for identifying more than just age. Ross says that frontal sinuses have been found to be as unique to an individual as a fingerprint. However, most of the research done in the past decade has been performed on fully-formed adults.

“It would be interesting to see if in the earlier stages they are also unique,” she says.