I come from the land of the ice and snow... and lava 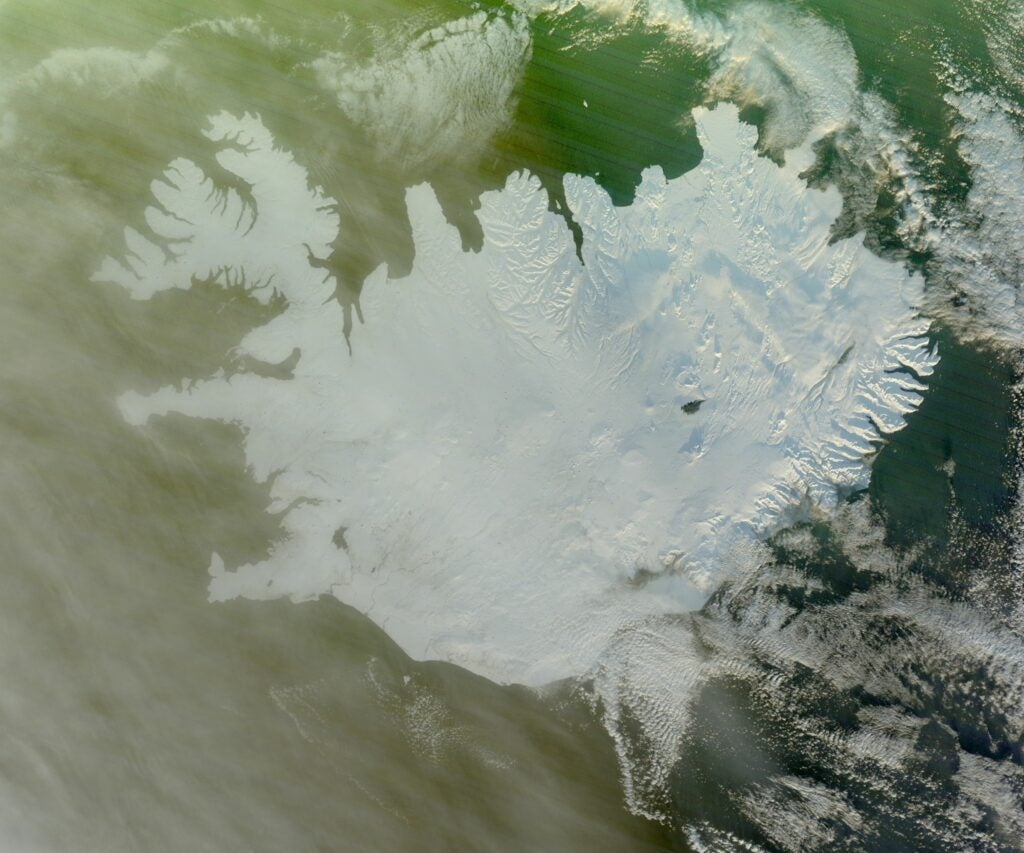 Satellite imagery of the new lava flow in Iceland

Sometimes Iceland really lives up to its name. For instance, in the picture above, the entire country is basically covered in snow and ice. With one notable exception. See that big black dot in the middle? No, not in the lower left–that’s the largest natural lake in Iceland, Lake Þingvallavatn, which is a favorite for snorkelers and scuba divers. We’re talking about the beauty mark in the center-right, which is an absolutely massive lava flow originating from a fissure of the volcano Bárðarbunga.

It might not look like much from that angle, but there’s a lot going on in there. Here it is in an image taken by NASA on January 3, where you can see the lava lakes and steam rising from the eruption: 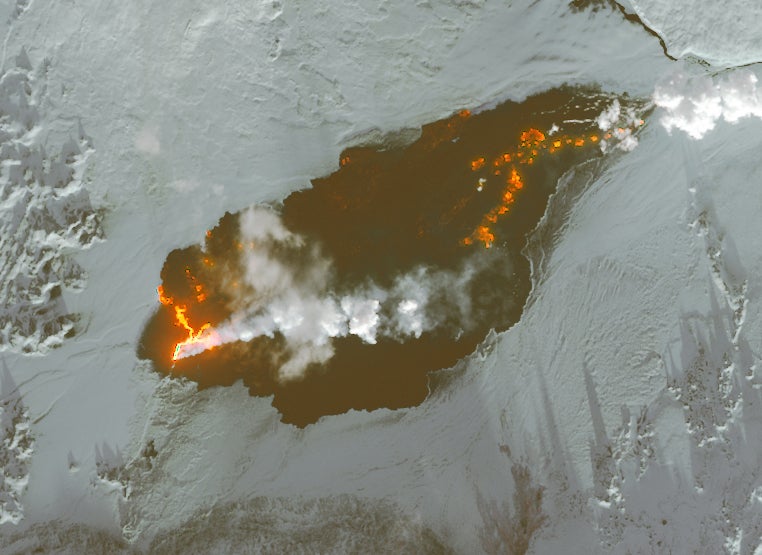 As of January 18, when the picture at the top was taken by NASA’s MODIS instrument, the lava field measured 84.6 square kilometers in size, or about the area of Manhattan. It has already eclipsed the size of Lake Þingvallavatn. Just so you can make a full comparison, here is an image of Iceland taken in the winter of 2004: 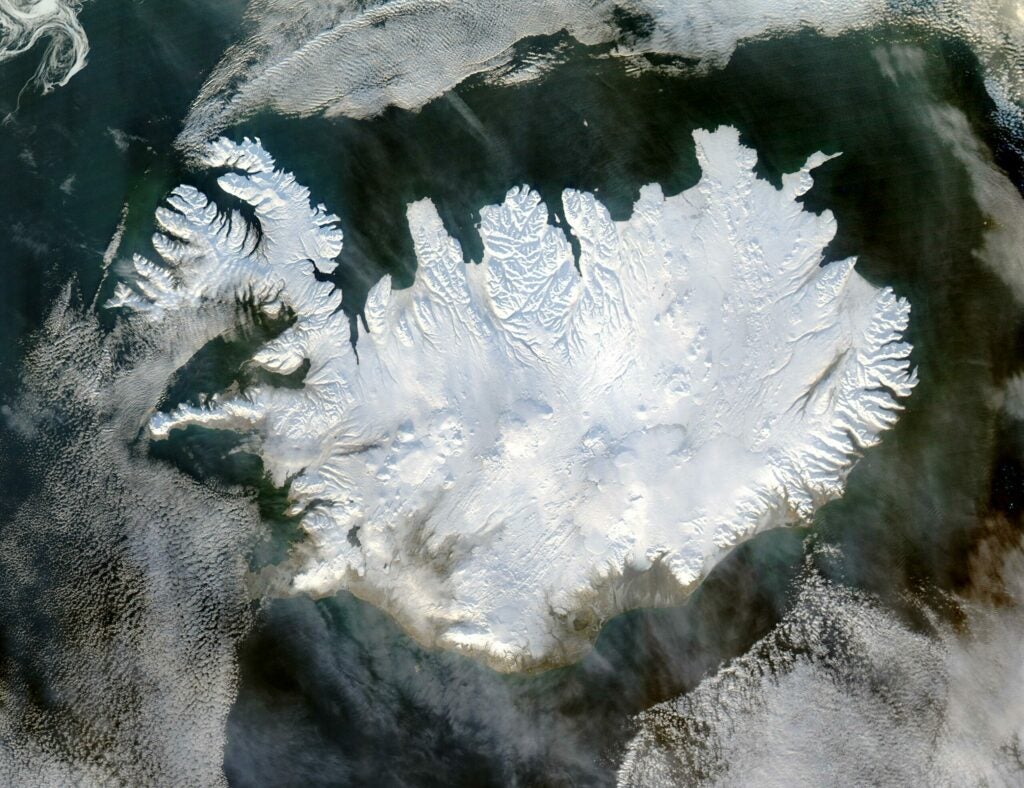 Erik Klemetti over at Wired notes that the lava field, which has been referred to as Holuhraun, will probably be getting a new name soon. Holuhraun is technically the name of the older lava field that this one is superseding. By law, the local community in Iceland gets to decide what the name of the new feature will be.

And just because it’s great, here’s a picture of the eruption from September 2014, just a month after Holuhraun Part 2 began erupting: 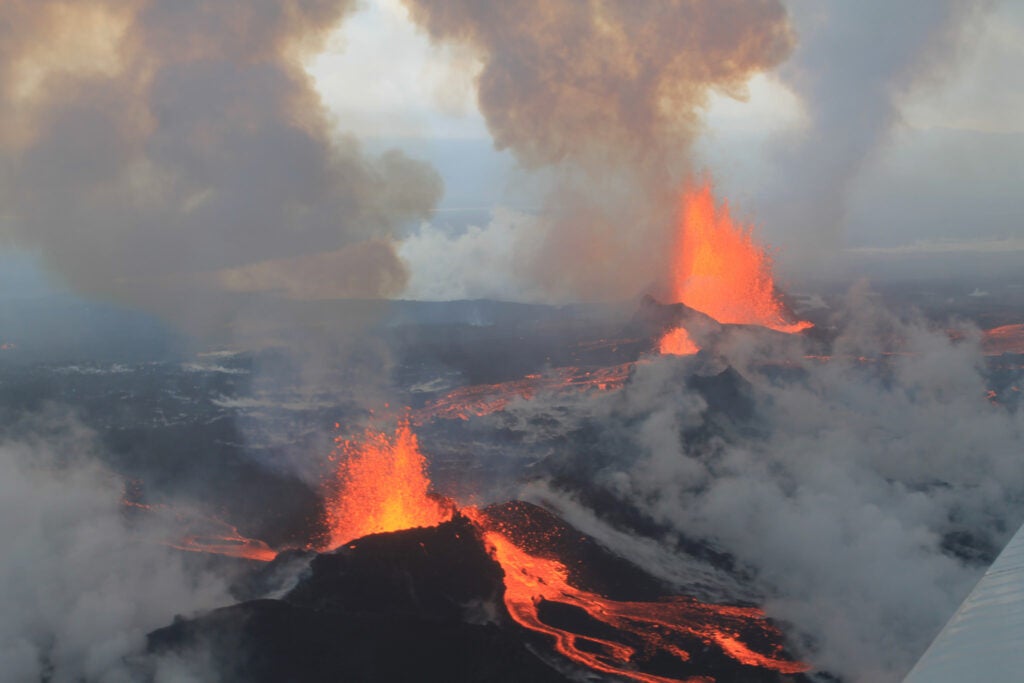