This could be his Christmas card pic 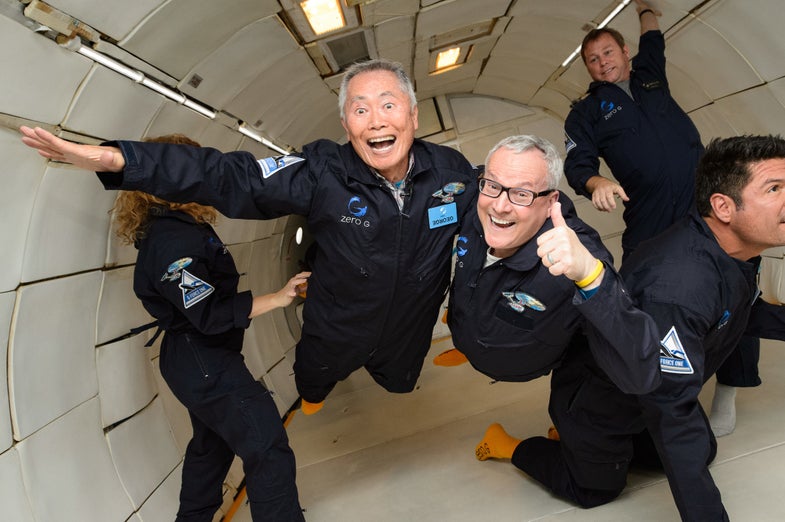 George Takei and his husband in zero-g. Al Powers
SHARE 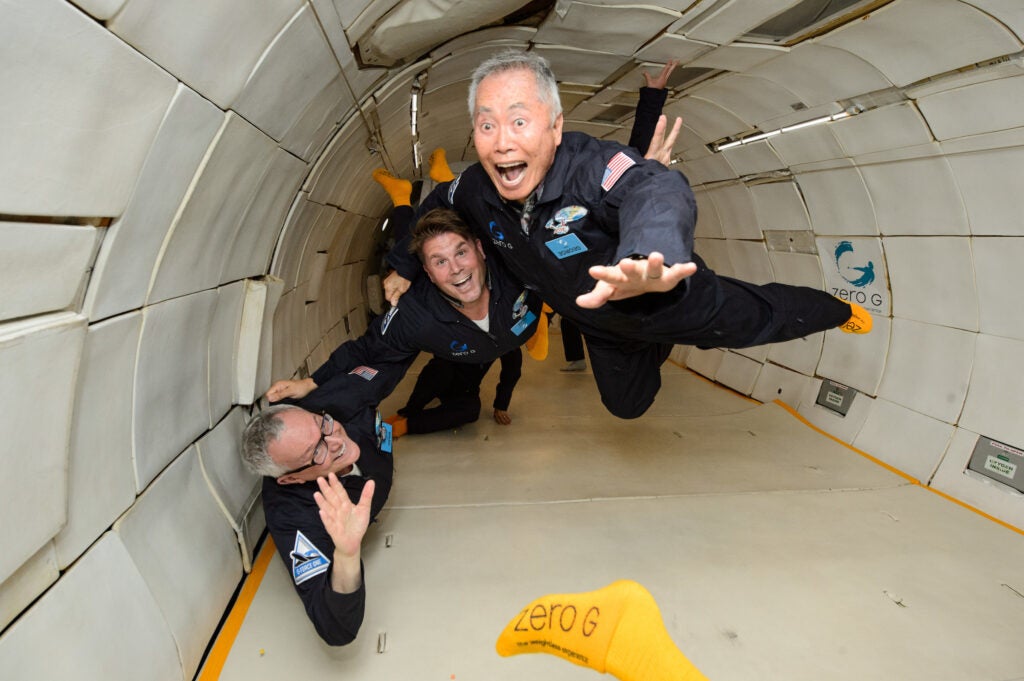 Unlike real astronauts, the people of Starfleet only rarely have to deal with low-gravity environments.

That doesn’t mean that the actors who play Starfleet officers can’t have a little fun now and again. George Takei, who originated the role of Hikaru Sulu in the original series, became the first Star Trek cast member to experience weightlessness on a Zero-G plane.

To achieve the feeling of weightlessness for passengers like Takei, a plane will fly in a parabolic arc, flying steeply into the sky, then entering a sharp descent, leaving people or items floating for about 30 seconds, which is a perfect photo opp. Takei is reported to be interested in using one of the pictures taken in flight as a christmas card.

“The flight was an out-of-this-world adventure for everyone involved,” said Terese Brewster, President of Zero-G, the company that provided the weightless flight. “Flyers got to interact with George, chat about Star Trek and have a sci-fi adventure of their own. We are so happy we could celebrate the anniversary with George and his fans.”

Also on board was Takei’s husband Brad Altman, Rod Roddenberry, the son of Star Trek creator Gene Roddenberry, and 20 fans who paid $6,500 for the privilege of flying with Takei, 50 years after Star Trek first premiered.

Roddenberry helped to organize the outing through his company Roddenberry Adventures, an adventure club “embedded with the philosophies of Star Trek“. 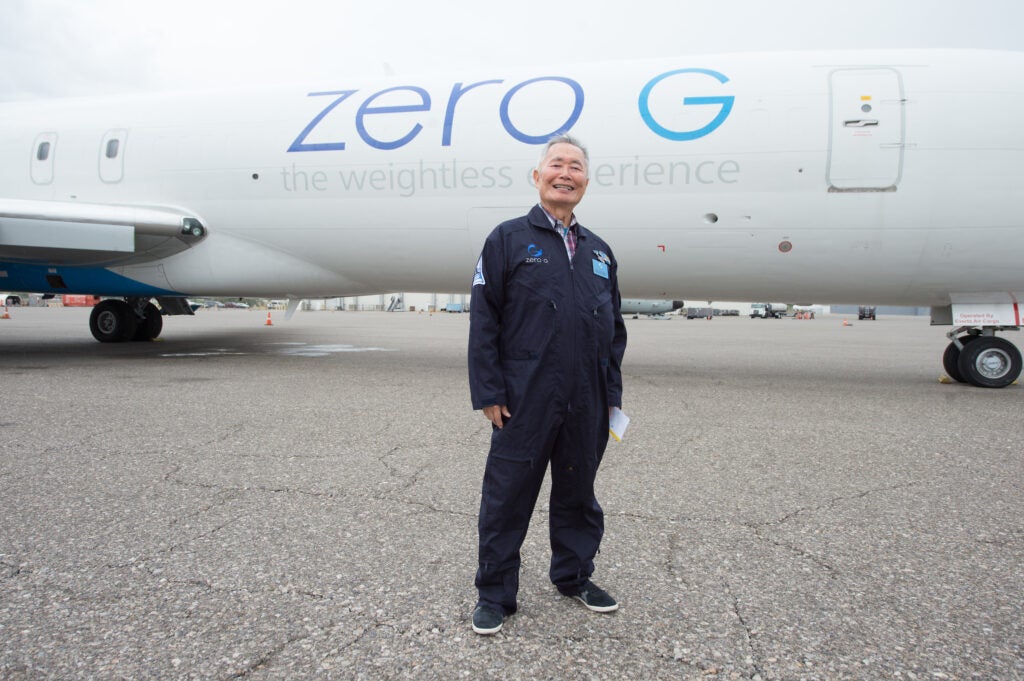 Getting Ready For Takeoff

George Takei stands in front of the Zero-G plane. 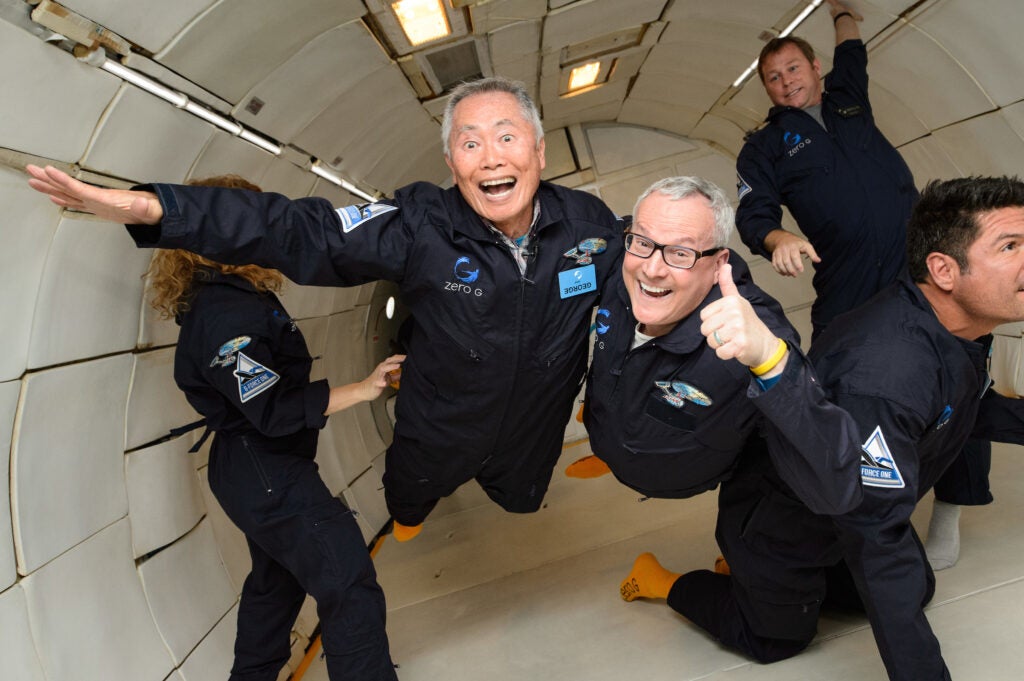 George Takei and his husband in zero-g 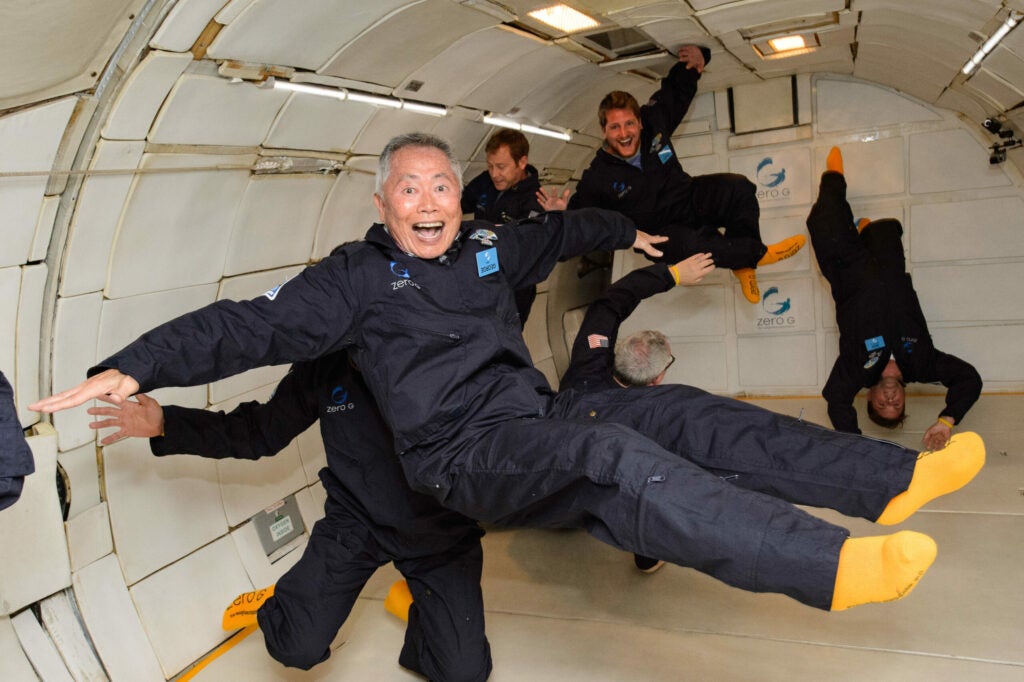