The Real Journey to the Center of the Earth 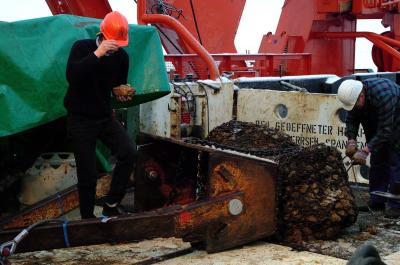 No, you can’t hike or spelunk or even tunnel down to the center of the Earth, even if movies like The Core or this summer’s 3D adventure flick, Journey to the Center of the Earth, suggest otherwise. To find out about our planet’s insides, scientists rely on very different tricks. And, apparently, a little luck.

A group of researchers led by University of Houston geoscientist Jonathan Snow recently announced the discovery of a collection of two-billion-year-old rocks that were spat up and onto the sea-floor from Earth’s mantle. The rocks could change scientists’ ideas about how the mantle works, and how often its rocks are churned and mixed up. “We can’t exaggerate how important these rocks are,” Snow says, “they’re a window into that deep part of the Earth.”

A paper describing their findings is published in the most recent issue of Nature.