Add a whiff of cheer. 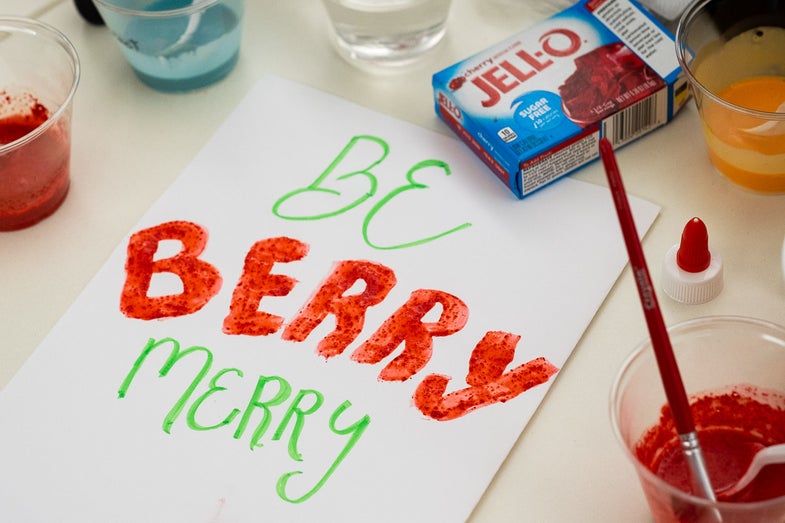 Homemade holiday cards have a charm that the store-bought variety just can’t match. This year, give your notes the smell of the season by enlivening them with DIY scratch-and-sniff paint.

This project is great for younger children, especially if you stick to edible ingredients. Some recipes—like this one by PBS Parents—are based on flavored gelatin. If the tasty smell overcomes a child’s self-control, that main ingredient won’t hurt them, although the powder doesn’t taste great solo.

We experimented with this formula, but most Jello mixes come in fruity flavors not often associated with winter holidays. So we also mixed up some paints based on cooking extracts—which kids should not sample on their own.

In general, this project works best if you’re willing to experiment a little with different scents. For example, some of the ingredients had more sticking power than others: Neither vanilla pudding mix nor vanilla extract produced a noticeable smell once dry. However, one paint made with cherry Jello and another based on pumpkin-spice extract both smelled overwhelmingly pungent while wet, and very subtle after they dried.

Because some of these paints lost much of their whiff once they dried, we’d recommend whipping up a mix that errs on the smellier side. We modified the original recipe to get more scent out of the ingredients, but you can tweak the proportions to get the strength you want. Your results may not look as professional as store-bought scratch-and-sniff stickers, but they’ll be much more charming. 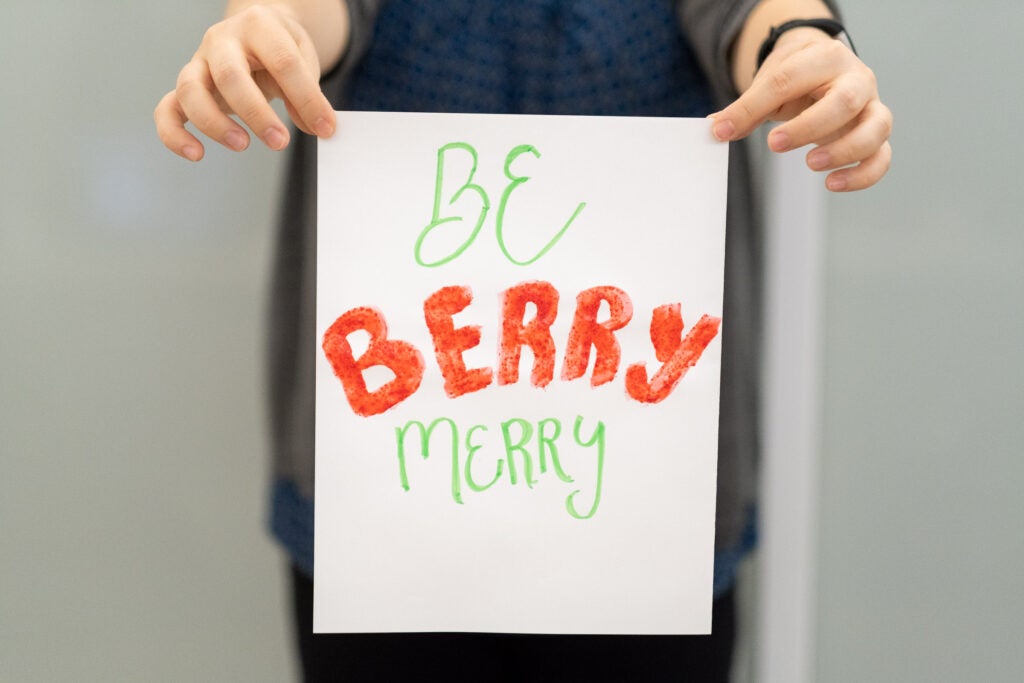 A scratch-and-sniff card with “berry” written in gelatin-based paint.

For more ideas on easy at-home activities, check out our list of 10 easy science projects for kids.