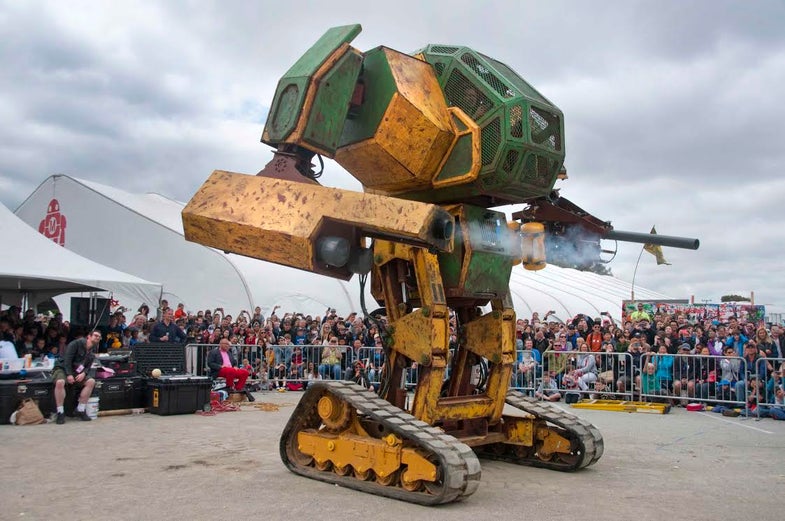 The updated MegaBot prototype at the Bay Area Maker Faire in May. Its pneumatic arm cannon can shoot 6-inch paintballs at 120 miles per hour. Photograph by S.N. Jacobson
SHARE 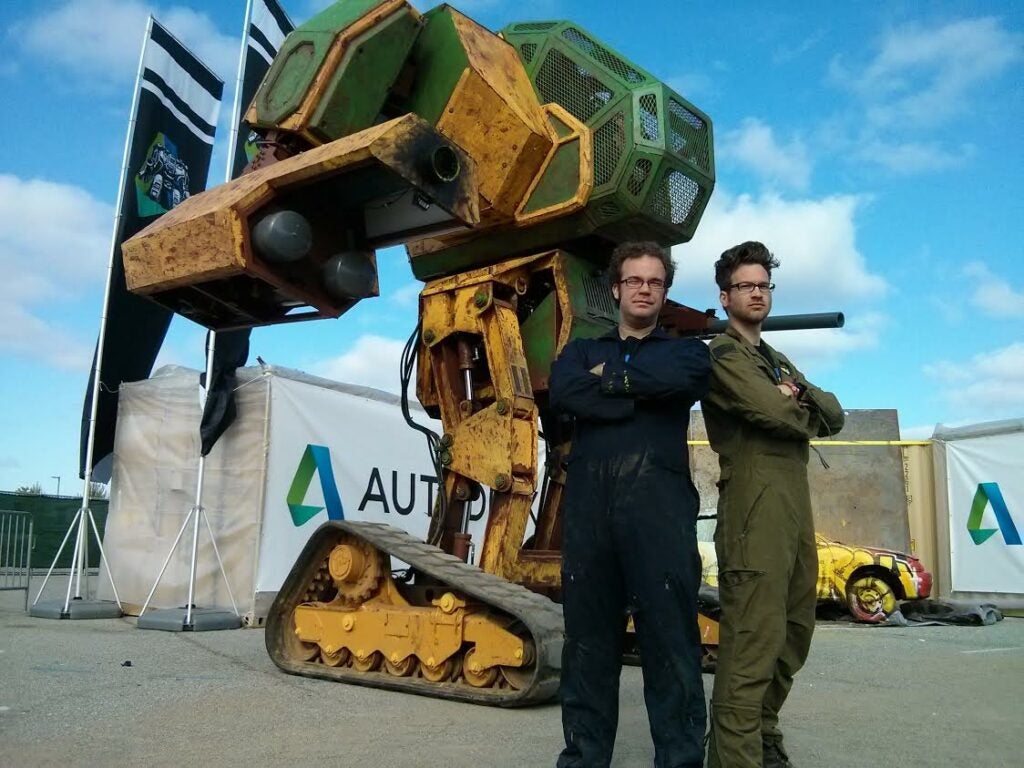 Gui Cavalcanti and Matt Oehrlein with their latest MegaBot prototype

In 2013, mechanical engineer Gui Cavalcanti and aerospace engineer Andrew Stroup were competing on a reality TV show where contestants tackled invention challenges. They bonded over a shared lament: the fact that oversize battle robots—a staple of video­games and movies—hadn’t yet crossed into the real world. “I told Gui, ‘If you find some investor crazy enough to give us money, I promise that wherever I am, I’ll come help you build giant robots,’” Stroup says. Cavalcanti found an angel investor the next year, and then software company Autodesk offered its support. Stroup packed his bags and headed to Boston.

Over the course of three months, a “MegaBot” took shape at the Boston makerspace Artisan’s Asylum. Stroup was the primary builder, Cavalcanti acted as designer, and Matt Oehrlein, an electrical engineer, handled the electronics and code. The first prototype, made of welded steel covered in sculpted foam, was just a torso on a trailer. An updated model stands 15 feet tall and can roll forward on treads at a lumbering 3 mph. This second prototype holds two humans: A pilot controls directional movement, and a gunner rotates the robot’s torso to aim and fire the swappable, arm-mounted weapons. These include a pneumatic cannon that fires 3-pound paintballs and a launcher that can shoot 20 smaller paintballs in a row. If one arm falls off, the other can keep fighting.

This January, Stroup left to work for the Presidential Innovation Fellows program, and Cavalcanti and Oehrlein moved the project to San Francisco. They demonstrated their second prototype at the Bay Area Maker Faire, where it demolished a car, this May. By September 2016, they hope the model will be ready to tackle other giant robots.

Large-scale, live robot battles are the ultimate goal. To that end, Cavalcanti and Oehrlein currently are raising a multimillion-dollar investment round. “We’re working hard to hook into all the nostalgia built up over a childhood of playing with giant robots in combat games,” says Oehrlein. “We want to totally immerse people in that surreal world.”

For more photos of MegaBots, check out the gallery below. This article originally appeared in the August 2015 issue of Popular Science. 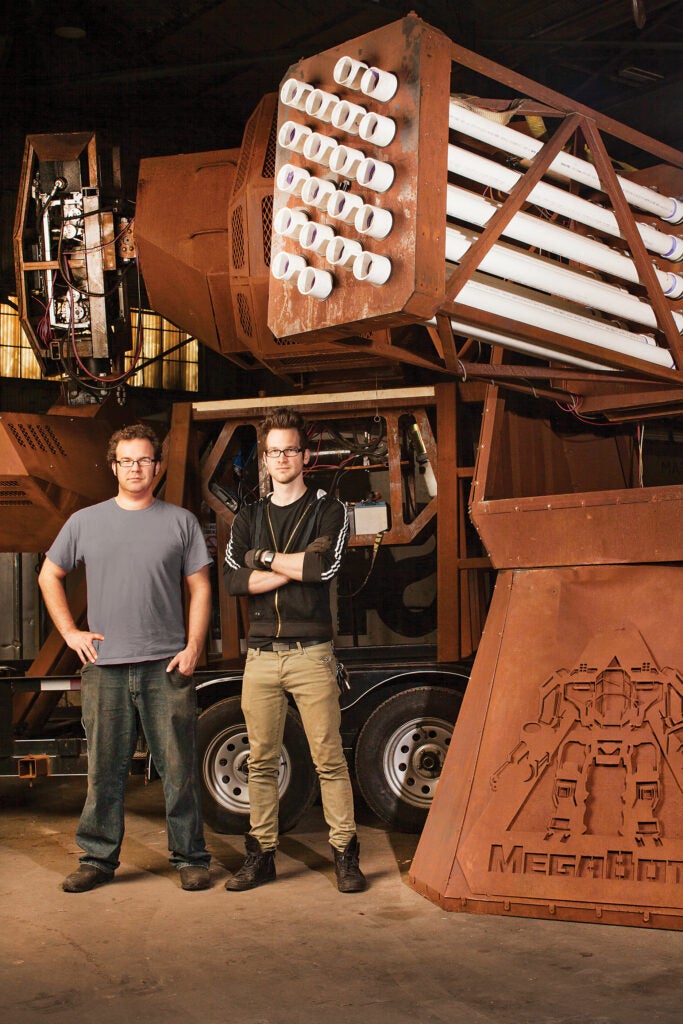 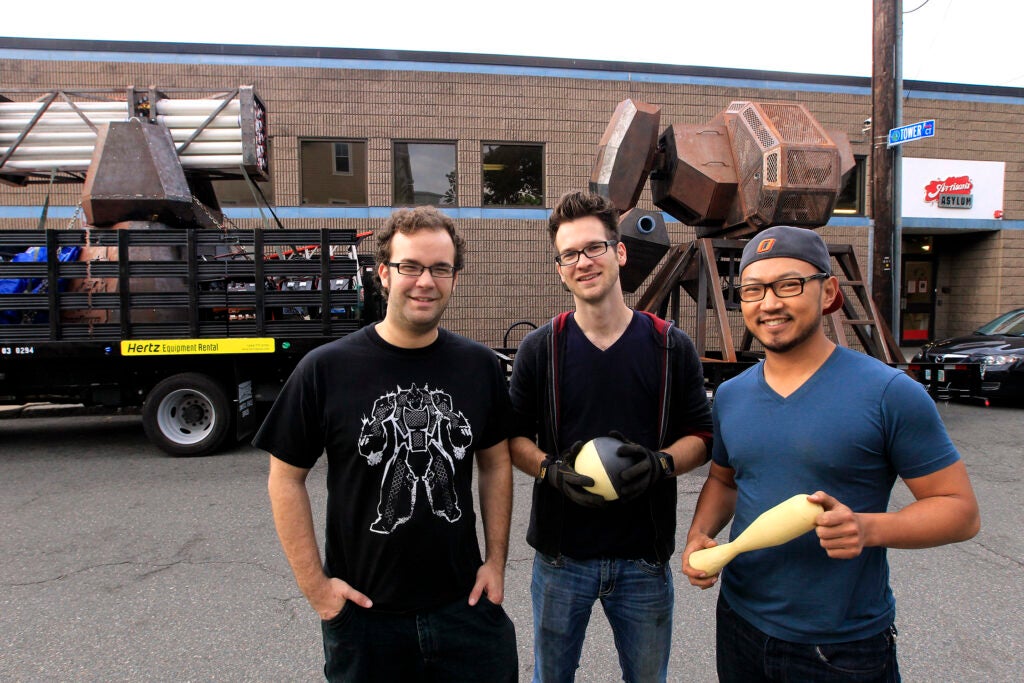 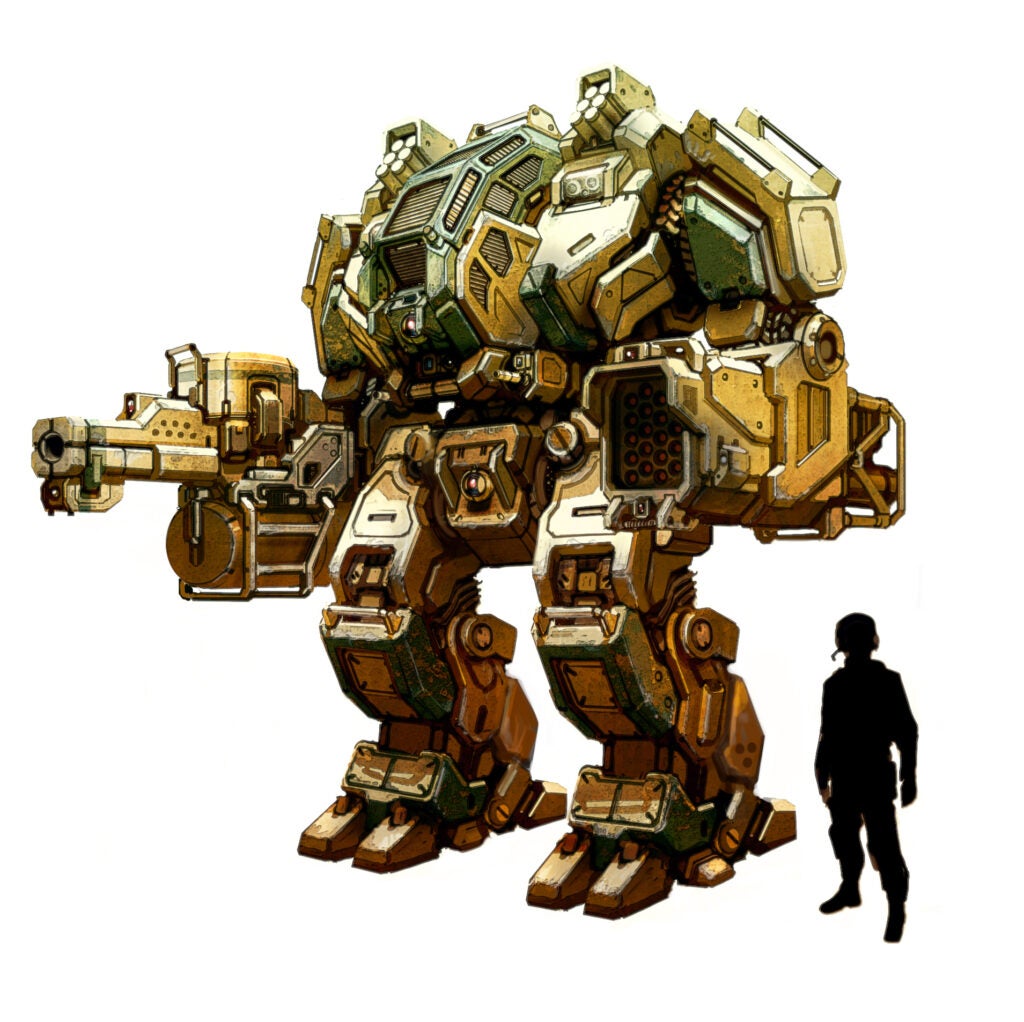 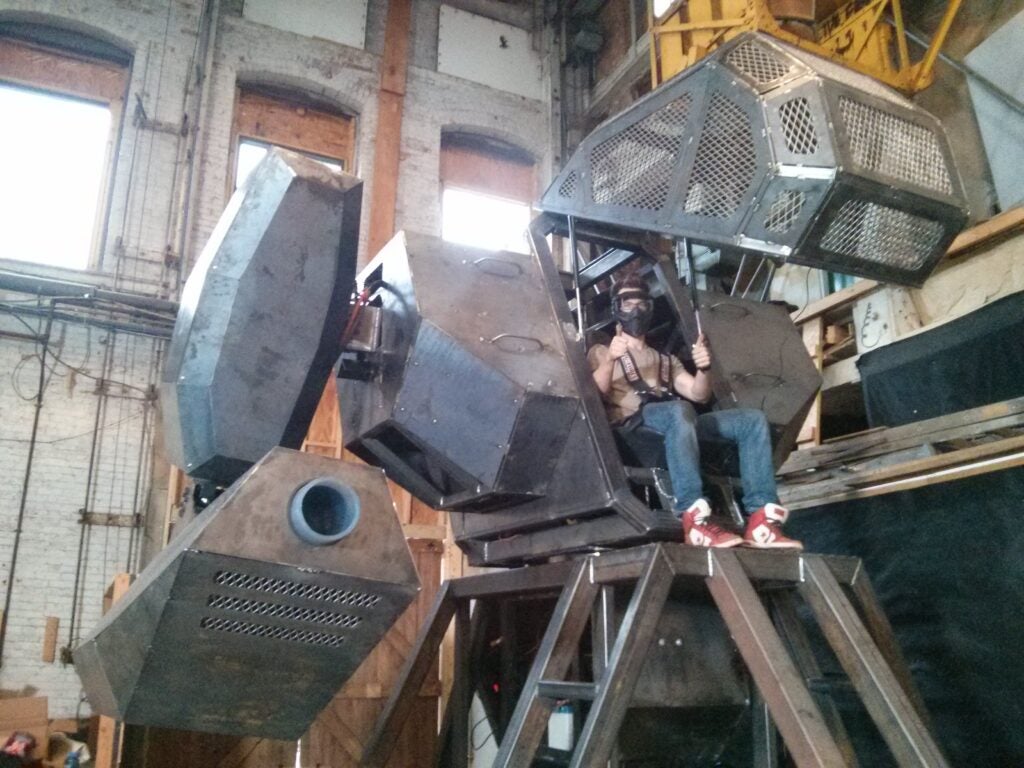 Oehrlein in the cockpit of a MegaBot prototype 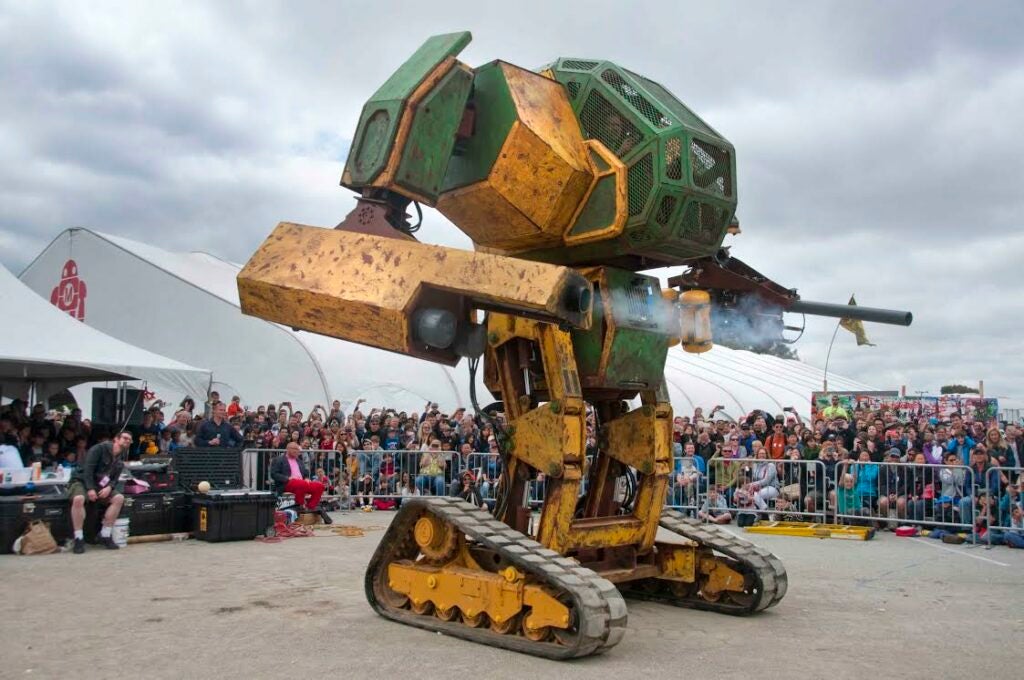 The updated MegaBot prototype at the Bay Area Maker Faire in May. Its pneumatic arm cannon can shoot 6-inch paintballs at 120 miles per hour.
Andrew Zaleski