Space: Not Just For Rocket Scientists Any More 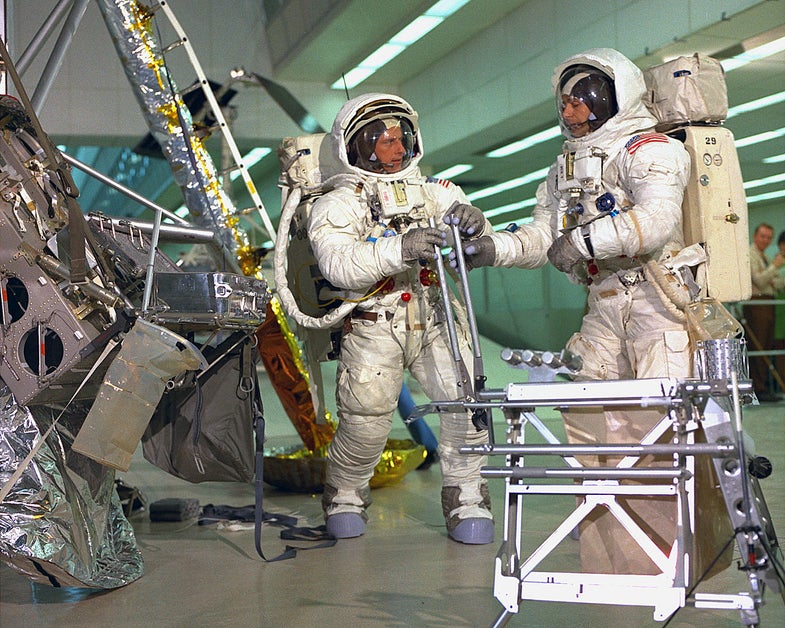 For a long time now, space exploration has been the preserve of a tiny group of highly specialized and highly trained people, funded almost exclusively by public sector organizations. This is in large part due to the fact that space exploration has been prohibitively expensive, but it is also, according to innovators like Burt Rutan and Elon Musk, because politics and bureaucracy have stifled the innovations that would see costs come down.

That’s all starting to change. With several related movements — like open source, maker, and citizen science — gaining momentum and converging, new possibilities are opening up. Here are a few for you to explore:

Spacehack bills itself as “a directory of ways to participate in space exploration” and the projects listed all have a citizen science angle to them. They are broken into five categories, such as data analysis, distributed computing, education, open source, and competition. For instance, one of the projects discussed on this site is Galaxy Zoo Radio, designed to help astronomers discover supermassive black holes.

SpaceGAMBIT is a funding organization that seeks to “tackle everything holding us back from being a spacefaring species.” Previously funded projects include Open Bioreactor, an open-source personal desktop bioreactor; the Space Hacker Workshop, which connects citizen scientists to experiment flight opportunities; and the Asteroid Response Center, an interactive installation designed to explain NASA’s Asteroid Grand Challenge. If you have a worthy project, you might consider applying for funding here.

At the NASA Open Source Software site, developers and coders can pick up copies of software related to space exploration. For instance, there’s a mission simulation toolkit, and a program called JavaGenes that helps to evolve more efficient software.

Finally, there is NASA’s Data Portal. As the name suggests, it’s a catalog of publically available datasets that you can download, search, parse, explore, and otherwise mash up with other data. You can grab things like the Lunar Orbiter Photo Gallery, an extensive collection of over 2,600 photographs produced by all the Lunar Orbiter missions. Or you could download a 3D model of Canadarm, the robotic arm that has been critical to many shuttle missions.

So now you have all the sites you need to spend a little less time watching Star Trek reruns, and a bit more time actually… making it so.