A Giant Parachute Pulls Orbital Debris Back to Earth

Having scrubbed the notoriously squalid streets of Paris spotless, the French have set their sights on a bigger clean-up project:... 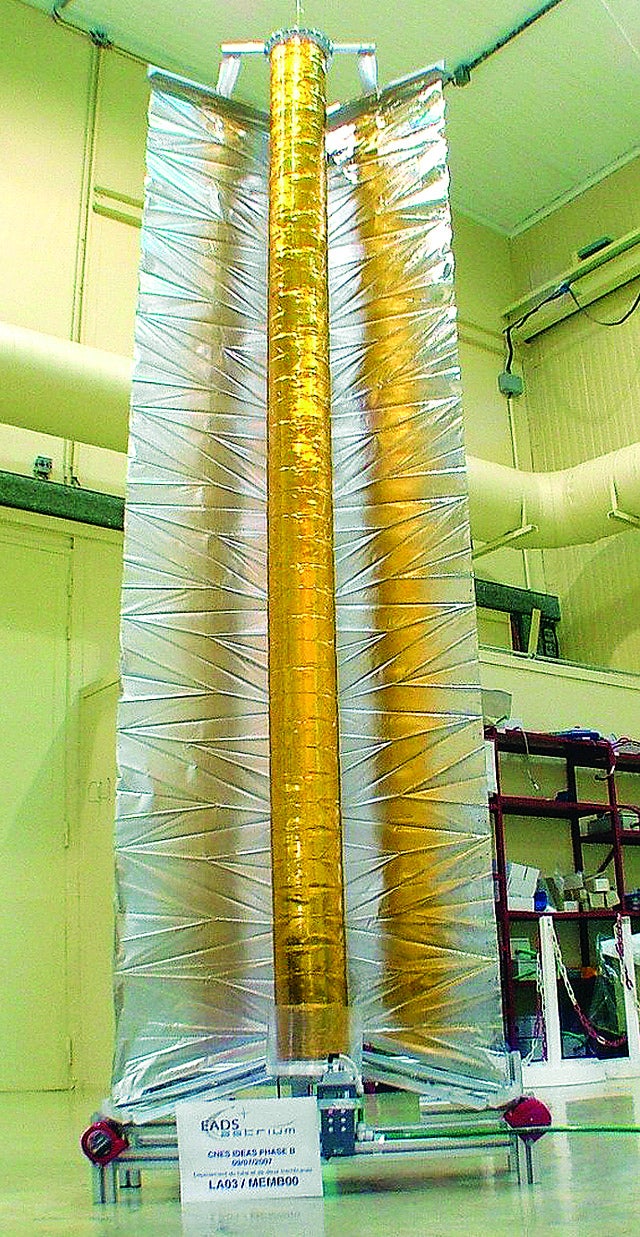 The Aerobraking Sail's wings sprout from its golden central boom. A planned larger version could pull the fuel tanks from Europe's Ariane 5 rockets out of orbit. Courtesy EADS Astrium
SHARE

Having scrubbed the notoriously squalid streets of Paris spotless, the French have set their sights on a bigger clean-up project: the expanding swarm of space debris circling the planet. French spaceflight engineer Brice Santerre of the European aerospace company EADS Astrium has constructed the Aerobraking Sail for bringing defunct satellites out of orbit.

When a satellite dies, the built-in braking system will deploy two inflatable booms, which release a pair of heat-resistant polymer “wings.” The wings increase the friction drag that slows the satellite’s orbit and allow gravity to tug it into the lower atmosphere, where it will burn up in 25 years instead of the typical 50 to 100, Santerre says.

The 50-square-foot sail will get a test run on France’s Microscope satellite in 2016, three years after its launch. Santerre’s team is also applying the tech to the rockets used to put satellites in orbit, which can explode and create thousands of smaller chunks. Santerre says the sail won’t work on things smaller than a beach ball, which regularly ding the space shuttle’s windows on reentry, but it should help mop up the big stuff.