In a paper published last week, MIT physicist Lorenzo Maccone hypothesizes that, yes, quantum physics is messing with our minds.... 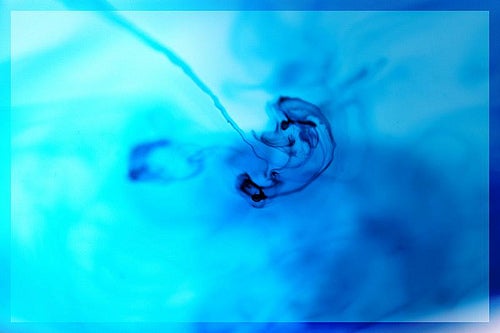 In a paper published last week, MIT physicist Lorenzo Maccone hypothesizes that, yes, quantum physics is messing with our minds. The laws of physics work just as well if time is running forwards or backwards. But we all seem to experience time running in only one direction, and in the same direction as everyone else — a mystery of physics that’s yet to be solved.

So life as we observe it presents a quandary. Randomness — or entropy — naturally increases. A drop of food coloring in water will spread out. Heat from a pizza dissipates. But the laws of physics that govern the tiny particles that make up everything could just as well run backwards, so something doesn’t jibe. Why don’t we see more instances of molecules ordering themselves (sugar un-dissolving itself from my coffee, ice cubes spontaneously forming in my water) if it’s just as likely according to the laws of physics?

Maccone says that we do see these events. We just don’t remember them, because some quantum weirdness erases the memories. Using a bunch of math, he says that your memory and the event are in a state of quantum entanglement, and that when that state gets broken, the memory is erased.

What do you think is going on? Is time running backward sometimes? Are molecules organizing themselves behind our backs? All I know is that my brain hurts right now.