A couple gets married while weightless 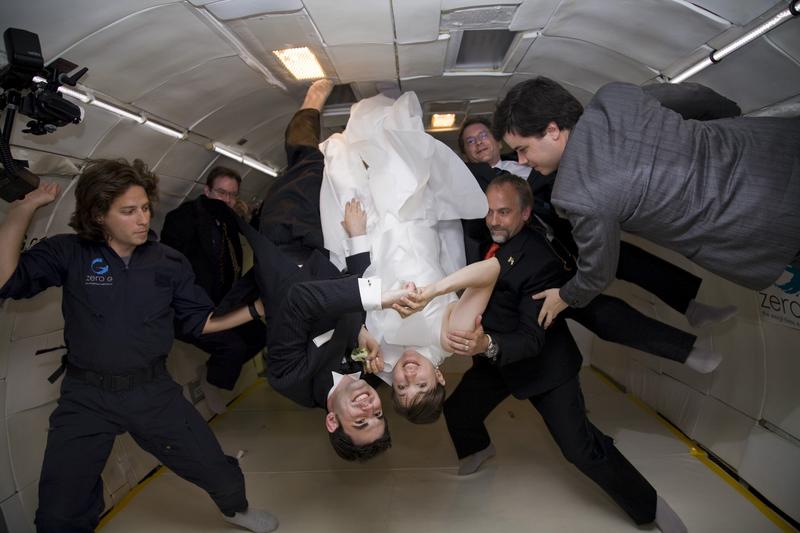 Not inclined to wait for a suborbital ride on Virgin Galactic, Noah Fulmor and Erin Finnegan became the firt couple to be wed in microgravity this past weekend over the skies of south Florida.

They did it aboard G-Force One, a modified 727 similar to the Air Force’s “Vomit Comet” which can provide periods of weightlessness lasting several minutes via a parabolic flight path. It’s operated by Zero Gravity Corp., the first and so far only company cleared by the FAA to offer simulated-weightlessness flights to the general public.

The couple, of course, wanted to be married in space. But failing the availability of space tourism, they went with the next best thing. Richard Garriott, an actual space tourist who has flown to the ISS, officiated the ceremony for the lucky couple and their wedding party of ten. I’m jealous.

For more on their zero-g nuptials, the couple has created a website: Zerogravitywedding.com.