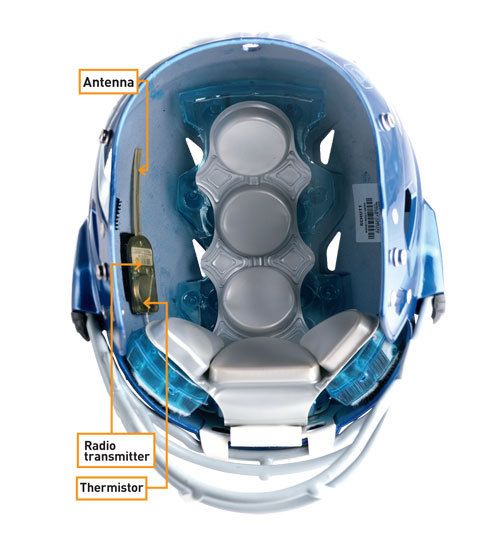 Football championships, coaches say, are won during preseason workouts. So football players, from high-schoolers up to the pros, report to mini-camps every summer to run windsprints and engage in full-contact drills. Broken bones and blown-out knees are the typical player’s biggest concern, but 39 football players, mostly high-schoolers, have died from overheating since 1995. 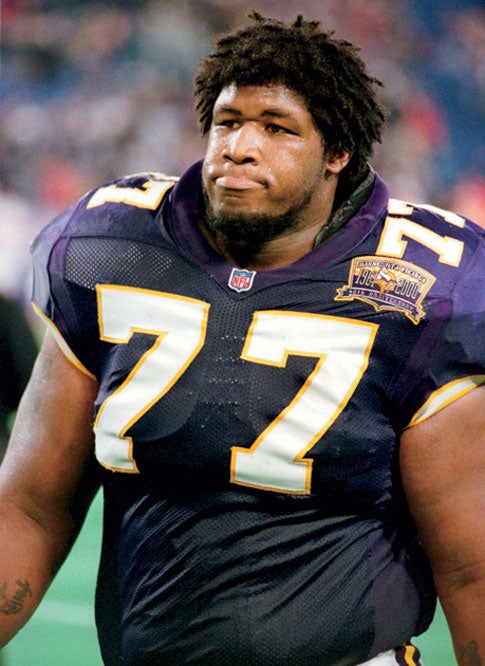 Now Hothead Technologies in Atlanta is introducing a helmet that monitors the temperatures of an entire football team in real time so coaches can pull players off the field before it’s too late. The Heat Observation Technology (HOT) system uses an electric thermometer called a thermistor, a spoon-size device made of metals whose electrical resistance vary with temperature. Inserted under the padding of a standard helmet, the thermistor measures the temperature in the player’s temporal artery and uses a built-in radio to transmit temperatures between 99.9° and 110°F — heat illness typically sets in around 104° — every 10 seconds to a PDA monitored by a coach or trainer on the sidelines. Rain, sweat and ambient temperature typically skew the results from skin-contact thermometers, but Hothead is nearly as accurate as a rectal thermometer, which sets the standard for the industry.

Simply resting and hydrating overheated athletes would go a long way toward preventing deaths like Korey Stringer’s. The 335-pound Minnesota Vikings lineman collapsed after a sweltering morning practice in July 2001. His body temperature was 108.8°, and he died of organ failure hours later. “It took Stringer some time to get into the danger zone,” says Jay Buckalew, Hothead’s CEO and founder. “I have no doubt that our device would have detected that.”

Hothead is currently wrapping up deals with the major helmet companies, including Riddell and Schutt, and is negotiating with the NFL. Teams with HOT helmets will pay a $50 activation charge per player per year, plus an additional $100 annual team fee for the PDA service. The helmet companies have placed 10,000 orders for this year, and Hothead expects to roll out 400,000, mostly to high schools and colleges, by 2011.