At 245 pounds, Japan's Twendy-One is sturdy enough to lift its elderly patients clear off the ground, and force sensors in its fingertips and humanlike joints mean it can do it without crushing them 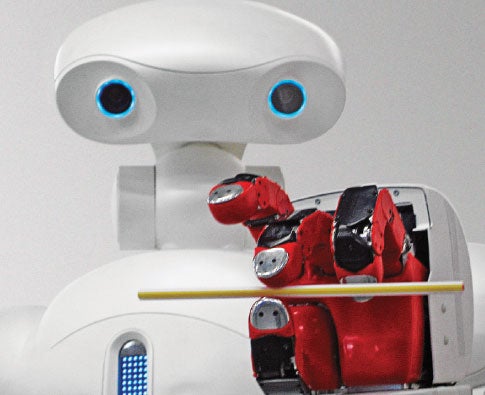 In the movies, entrusting human life to robot helpers and sophisticated machines inevitable ends in fire, destruction and death. But in reality, the automatons are actually saving lives. We featured six Machines that Heal in our July issue, one of which is Twendy-One, a Japanese robot nurse straight out of the comic books built to assists the elderly.

What: A robotic servant that can help the elderly live more-independent lives
Where: Tokyo
Why: About 85 percent of people over the age of 65 suffer from at least one chronic health condition.
Wow: Lightly tapping force and pressure sensors in Twendy-One’s chest tells the robot to back off. 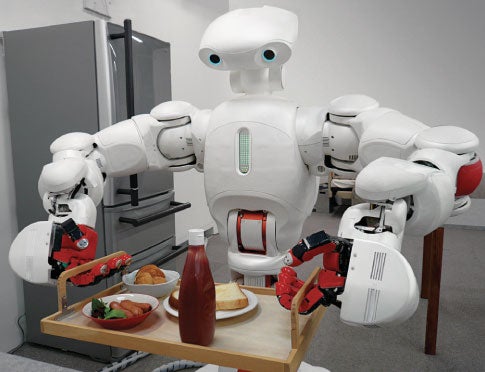 Twendy-One, the bedside nurse-bot, has soft fingertips nimble enough to delicately grip a drinking straw and arms with the strength to lift an adult out of bed. The machine is designed to help Japan’s growing population of frail and elderly continue to live in their own homes. Researchers at Waseda University in Tokyo say Twendy-One can clean floors, carry patients, and even bring them breakfast in bed. The next task is refining the software and mechanics to allow it to safely respond to commands to do things like fetch medication or refreshments. But start saving now: Scientists expect Twendy-One to go on sale within a decade for about $200,000.

See the holo-patient, the psychiatric laser, and the rest of our roundup of healing machines.