Scientists Create Electronic Eggs That Can Spy On Vultures 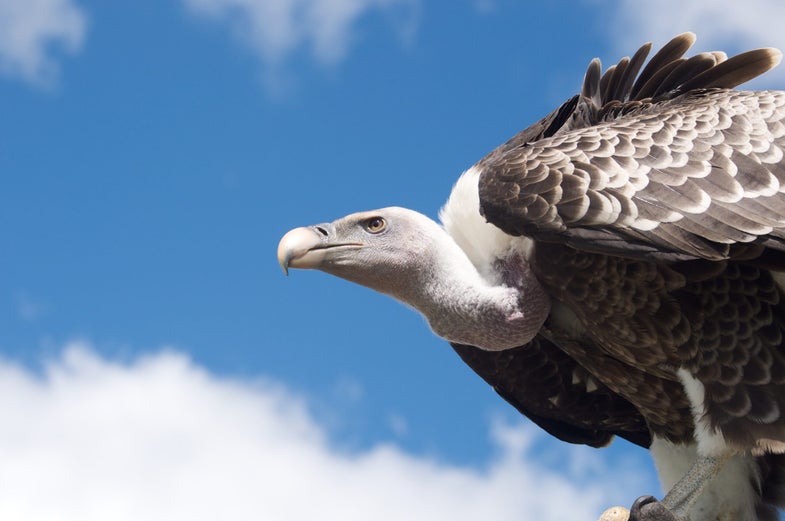 The image of vultures circling might be disconcerting, but these feathered scavengers are a valuable part of the ecosystem. Unfortunately, in many places around the world, vultures’ numbers are declining as they face threats from habitat loss and a drop in edible food sources. Knowing more about vultures could help scientists save them from extinction.

In an article published in this month’s IEEE Spectrum, Bin Feng, Bruce Liu and Kejia Pan from Microduino describe how they built an electronic egg that will help conservationists get a peek into the mating and breeding habits of vultures.

The team built a small sensor that can monitor temperature, humidity, and pressure for up to 70 days, sending the information to a nearby terminal that backs up all the data. And best of all, the tiny sensor is enclosed in a case that looks exactly like a real vulture egg.

Scientists have plenty of other ways to infiltrate a bird’s nest. From webcams that watch bald eagles, to penguin-shaped remote-controlled cars, researchers use all kinds of ways to monitor nests. But they can only get so much from visuals, which is where the egg comes in. Other data like temperature and humidity can provide more information about the health of a nest.

But this isn’t a one way street. Even as we spy on vultures, scientists are also using vultures to spy on us. A program in Peru is using vultures equipped with cameras to hunt down illegal dumps caused by humans.

This April, the electronic eggs will be placed in nests monitored by the UK International Centre for Birds of Prey.