This meteor shower produces up to 120 shooting stars an hour at its peak. 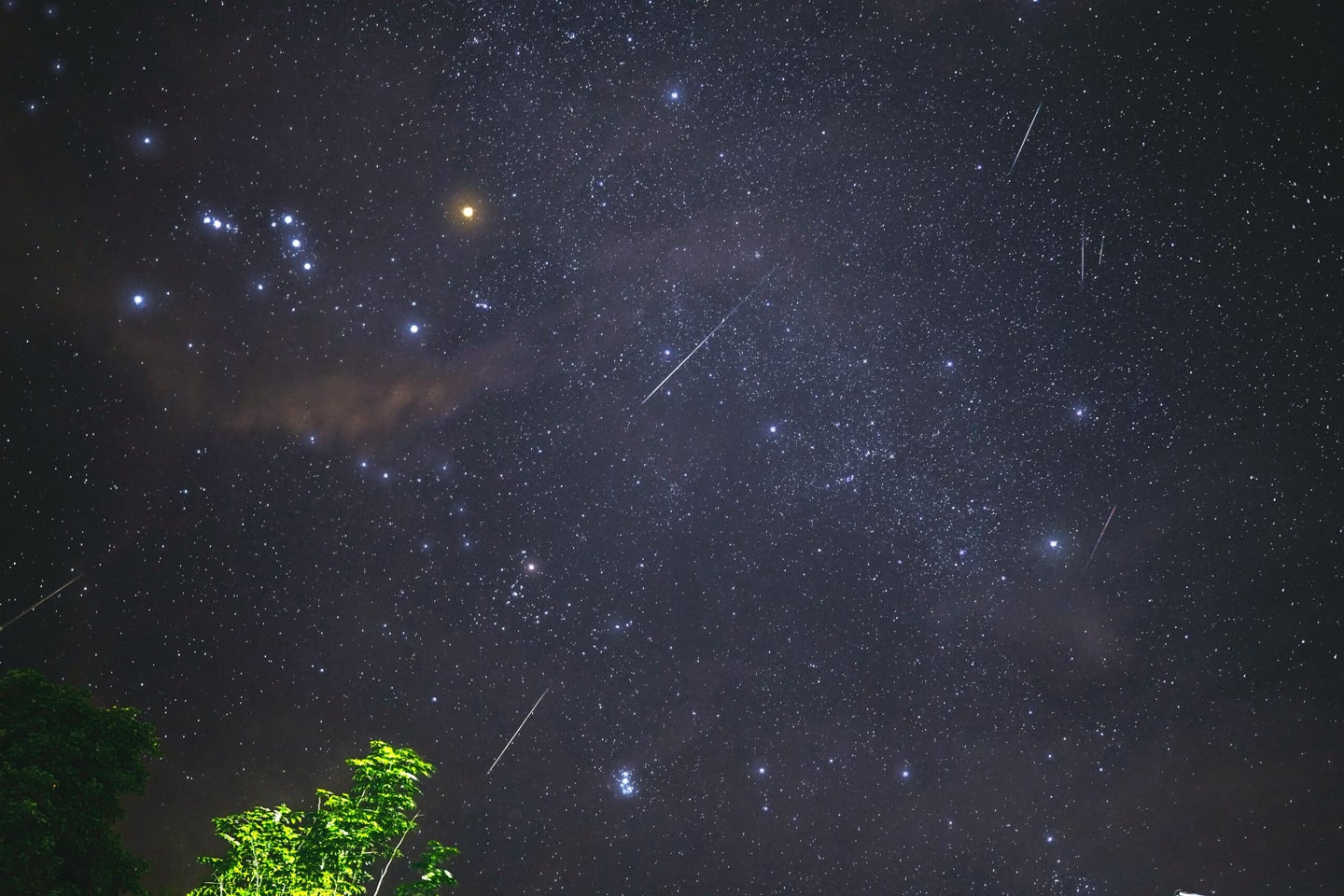 The meteor shower seen from the Philippines. Arman Alcordo Jr. via Pexels
SHARE

Every December, one of the most reliably visible meteor showers returns to Earth’s view: the Geminids. This year it peaks today, December 13, in the late evening and early tomorrow morning, with the highest visibility expected at 2 a.m. local time around the world, when the moon has started to drop below the horizon.

Skygazers can see up to 120 meteors per hour at the shower’s peak, if viewers are watching from a dark location. But this year such a high count seems unlikely, because the glow of a nearly full moon will dim the shower’s light. Metropolitan areas will also have a tougher time seeing the streams of cosmic debris. Realistically, meteor watchers in the Northern hemisphere can expect to see 30 to 40 per hour, says NASA.

“The rise of big cities and stuff has made it more and more difficult to see meteors,” Bill Cooke, lead astronomer for the Meteoroid Environment Office at NASA’s Marshall Space Flight Center in Huntsville Alabama, told The Washington Post. But luckily, for the most part, “you can still enjoy them even with some light pollution,” he added.

The Geminids are visible almost all around the globe—though NASA says that more meteors will be visible to observers in the Northern Hemisphere than to those in the Southern Hemisphere. The flaring space rocks are visible with the naked eye, so telescopes are not required. In fact, telescopes may even hinder your ability to see the shower, since the scopes limit the swath of sky you can see at once.

To spot the Geminids in the sky, look to the constellation Gemini. Gemini is “the radiant” for this shower—the point in the sky where the meteors seem to come from, when viewed from the ground, though the constellation is not the actual source of the shower.

[Related: How to watch a meteor shower like a pro]

While most meteors originate from comets, the Geminids all originated from the asteroid 3200 Phaethon, which astronomers are thinking of reclassifying as a “dead comet” or a “rock comet” since it seems to have exhausted all the volatile elements that made up its flaming tail. Phaethon, which orbits the sun every 1.4 years, regularly loses bits and pieces of rock that form new Geminid meteors.

If you are interested in peeping the Geminids but cannot make it outside, NASA will be livestreaming the event starting at 9 p.m. Eastern time.