It’s pretty hard to measure nothing, but these engineers are getting close

The US still uses Cold War-era tech to calibrate vacuums for manufacturing. Is there a more precise (and fun) option out there? 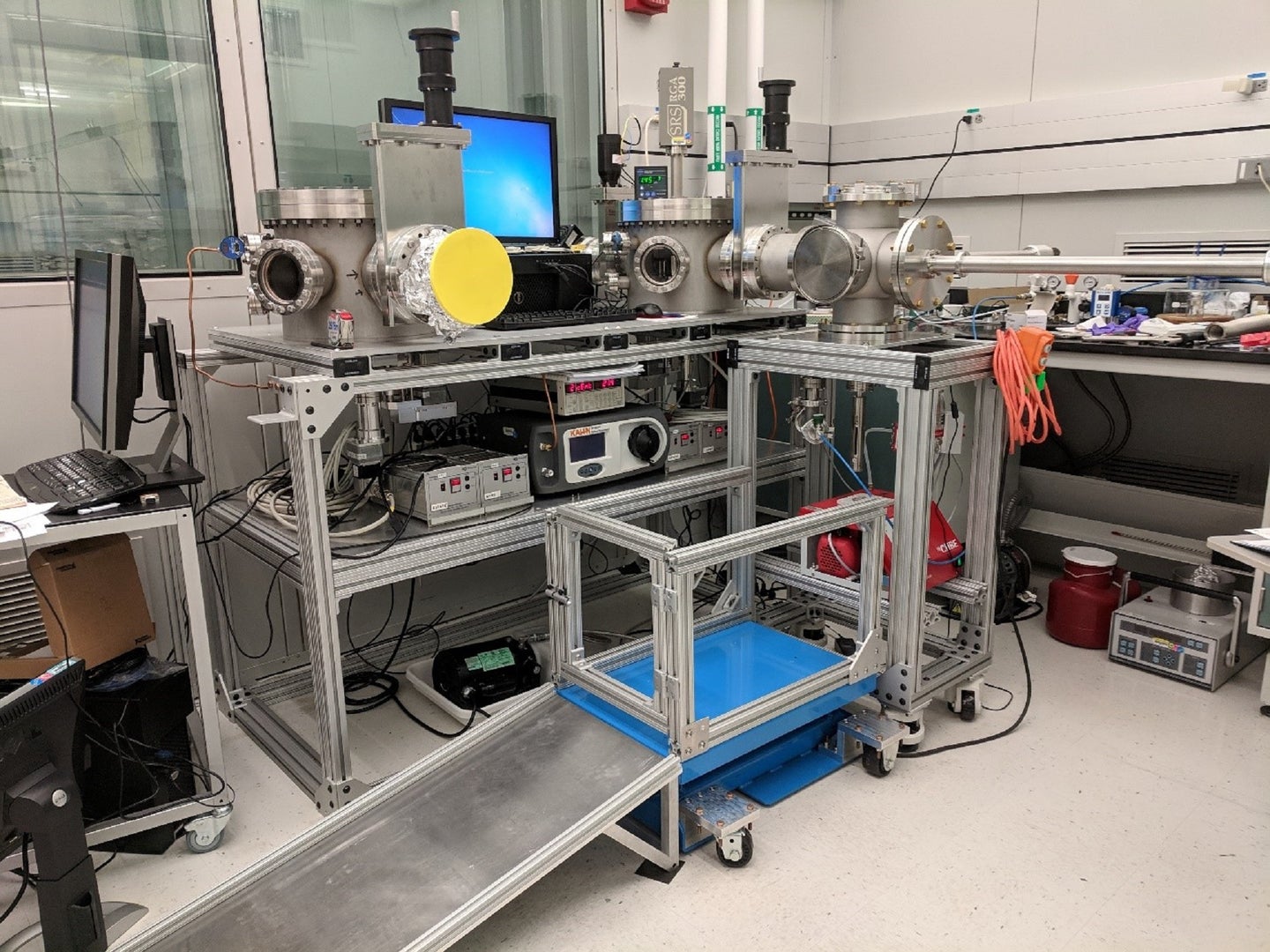 The National Institute of Standards and Technology sets the bar for precise vacuum measurements. NIST
SHARE

Outer space is a vast nothingness. It’s not a perfect vacuum—as far as astronomers know, that concept only exists in theoretical calculations and Hollywood thrillers. But aside from the remnant hydrogen atom floating about, it is a vacuum.

That’s important because here on Earth, much of the modern world quietly relies on partial vacuums. More than just a place for physicists to do fun experiments, the machine-based environments are critical for crafting many of the electronic components in cutting-edge phones and computers. But to actually measure a vacuum—and understand how good it will be at manufacturing—engineers rely on relatively basic tech left over from the days of old-school vacuum tubes.

[Related: What happens to your body when you die in space?]

Now, some teams are working on an upgrade. Recent research has brought a novel technique—one that relies on the coolest new atomic physics (as cool as -459 degrees Fahrenheit)—one step closer to being used as a standardized method.

“It’s a new way of measuring vacuum, and I think it’s really revolutionary,” says Kirk Madison, a physicist at the University of British Columbia in Vancouver.

What’s inside a vacuum

It might seem hard to quantify nothing, but what you’re actually doing is reading the gas pressure inside a vacuum—in other words, the force that any remaining atoms put on the chamber well. So, measuring vacuums is really about calculating pressures with far more precision than your local meteorologist can manage.

Today, engineers might do that with a tool called an ion gauge. It consists of a spiralling wire that pops out electrons when inserted into a vacuum chamber; the electrons collide with any gas atoms within the spiral, turning them into charged ions. The gauge then reads the number of ions left in the chamber. But to interpret that figure, you need to know the composition of the different gases you’re measuring, which isn’t always simple.

Ion gauges are technological cousins of vacuum tubes, the components that powered antique radios and the colossal computers that filled rooms and pulp science fiction stories before the development of the silicon transistor. “They are very unreliable,” says Stephen Eckel, a physicist at the National Institute for Standards and Technology (NIST). “They require constant recalibration.”

Other vacuum measuring tools do exist, but ion gauges are the best at getting pressure readings down to billionths of a Pascal (the standard unit of pressure). While this might seem unnecessarily precise, many high-tech manufacturers want to read nothingness as accurately as possible. A couple of common techniques to fabricate electronic components and gadgets like lasers and nanoparticles rely on delicately layering materials inside vacuum chambers. Those techniques need pure voids of matter to work well.

The purer the voir, the harder it is to identify the leftover atoms, making ion gauges even more unreliable. That’s where deep-frozen atoms come in.

For decades physicists have taken atoms, pulsed them with a finely tuned laser, and confined them in a magnetic cage, all to keep them trapped at temperatures just fractions of a degree above absolute zero. The frigidness forces atoms, otherwise wont to fly about, to effectively sit still so that physicists can watch how they behave.

In 2009, Madison and other physicists at several institutions in British Columbia were watching trapped atoms of chilled rubidium—an element with psychrophilic properties—when a new arrangement dawned on them.

Suppose you put a trap full of ultracold atoms in a vacuum chamber at room temperature. They would face a constant barrage of whatever hotter, higher-energy atoms were left in the vacuum. Most of the frenzied particles would slip through the magnetic trap without notice, but some would collide with the trapped atoms and snooker them out of the trap.

It isn’t a perfect measurement—not all collisions would successfully kick an atom out of the trap. But if you know the trap’s “depth” (or temperature) and a number called the atomic cross-section (essentially, a measure of the probability of a collision), you can find out fairly quickly how many atoms are entering the plane. Based on that, you can know the pressure, along with how much matter is left in the vacuum, Madison explains.

Such a method could have a few advantages over ion gauges. For one, it would work for all types of gases present in the vacuum, as there are no chemical reactions happening. Most of all, due to the fact that you’re making calculations from how the atoms’ behaviors, nothing needs to be calibrated.

At first, few people in the physics community noticed the breakthrough by Madison and his collaborators. “Nobody believed that the work we were doing was impactful,” he says. But in the 13 years since, other groups have taken up the technology themselves. In China, the Lanzhou Institute of Physics has begun building their own version. So has an agency in the German government.

The NIST is the latest test subject on the list. It’s the US agency responsible for deciding the country’s official weights and measures, like the official kilogram (yes, even the US government uses the SI system). One of NIST’s tasks for decades has been to calibrate those persnickety ion gauges as manufacturers kept sending them in. The British Columbia researchers’ new way presented an appealing shortcut.

A new standard for nothing

NIST’s system isn’t exactly like the one Madison’s group devised. For one, the agency uses lithium atoms, which are much smaller and lighter than rubidium. Eckert, who was involved in the NIST project, says that these atoms are far less likely to stay in the trap after collision. But it uses the same underlying principles as the original experiment, which reduces labor because it doesn’t need to be calibrated over and over.

“If I go out and I build one of these things, it had better measure the pressure correctly,” says Eckel. “Otherwise, it’s not a standard.”

NIST put their system to the test in the last two years. To make sure it worked, they built two identical cold-atom devices and ran them in the same vacuum chamber. When they turned the devices on, they were dismayed to find that both produced different measurements. As it turned out, the vacuum chamber had developed a leak, allowing atmospheric gases to trickle in. “Once we fixed the leak, they agreed with each other,” says Eckel.

Now that their system seems to work against itself, NIST researchers want to compare the ultra-chilled atoms against ion gauges and other old-fashioned techniques. If these, too, result in the same measurement, then engineers might soon be able to close in on nothingness by themselves.