The world’s largest active volcano simmers down after eruption

Mauna Loa began spewing molten rock at the end of November for the first time in almost 40 years. 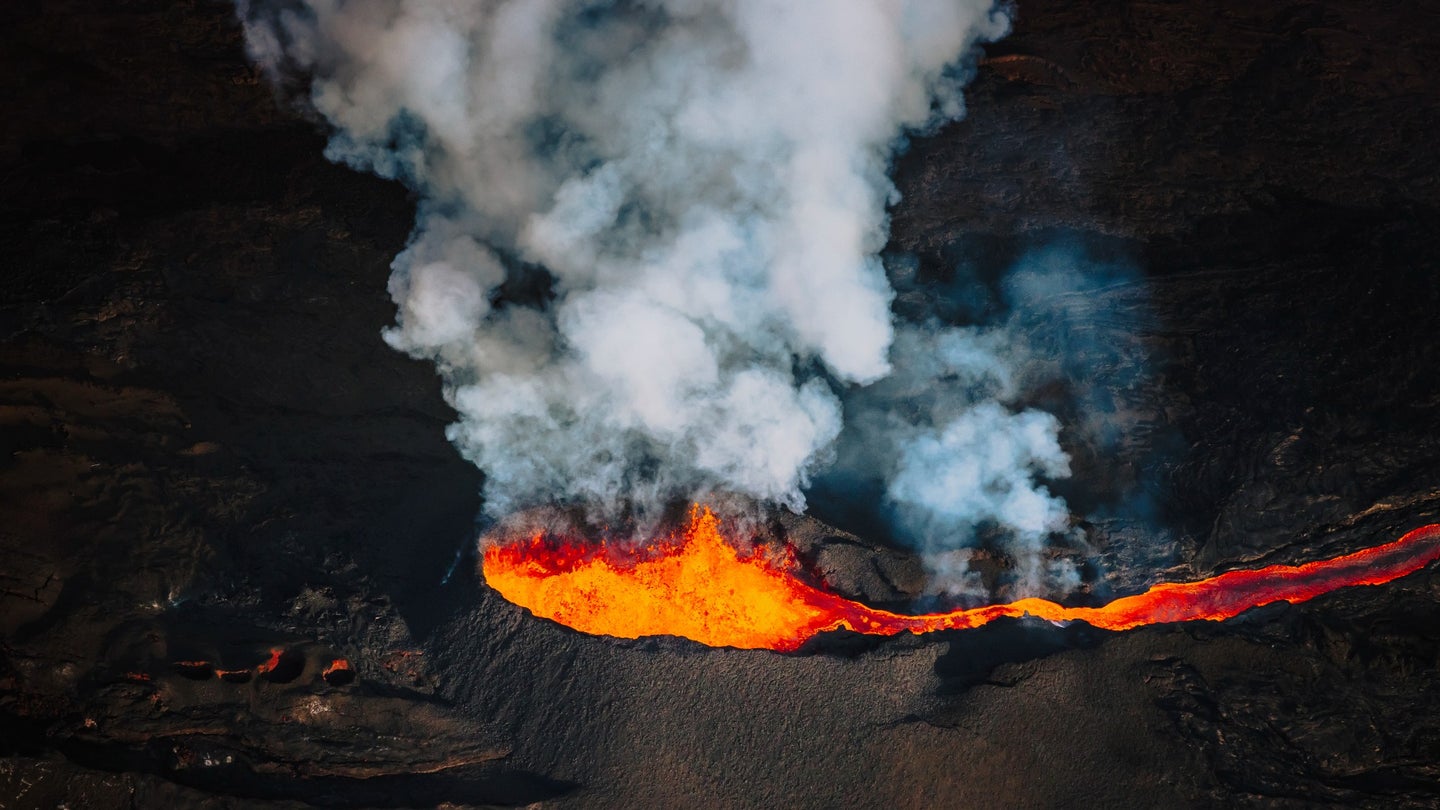 Over the weekend, officials in Hawaii lowered the alert level for the current eruption of the Mauna Loa volcano from a warning to a watch.

“We have good news to report,” said Ken Hon, the scientist in charge of the US Geological Survey (USGS) at the Hawaii Volcano Observatory, during a briefing, according to the Associated Press. “The eruption is still at an extremely low level at this point.”

Hon added that the eruption is currently contained within the volcano’s cinder cone. The USGS also said that a small amount of light can still be seen at night through a vent within the cone, but the channels below that vent, “appear drained of lava.” As the lava settles, the inactive front of the lava flow may move northward.

The USGS’ Hawaiian Volcano Observatory said that while the eruption on the mountain’s northeast rift zone is continuing, the lava output and volcanic gas emissions were “greatly reduced.”

“High eruption rates will not resume based on past eruptive behavior and current behavior suggests that the eruption may end soon,” the observatory said. “However, an inflationary trend of Mauna Loa’s summit is accompanying the decreased activity and there is a small possibility that the eruption could continue at very low eruptive rates.”

The nearby Kilauea volcano has also reached a “full pause” with its lava lake not moving and crusted over, according to Hon.

Mauna Loa is the world’s largest active volcano, and it began to erupt on November 28th. The eruption followed weeks of warnings from officials that an event like this was possible and the closure of the summit of the volcano and the trail leading to it earlier in November. The USGS said that this “heightened unrest” began in mid-September, when earthquakes beneath the summit jumped from about 10 to 20 per day to 40 to 50 quakes per day.

[Related: Tonga survived the largest volcanic plume in the planet’s history this year.]

The state’s National Guard was activated on December 5, to help with traffic control and other tasks as the lava inched towards a highway, according to the Hawaii Emergency Management Agency. The eruption began to show some signs of slowing on December 8.

Mauna Loa has erupted 33 times since 1893, making it the world’s most active volcano, according to the USGS. The most recent 1984 eruption ended what was then the longest quiet period in the volcano’s recorded history, a period of about nine years. Within hours of it’s first eruption on March 25, 1984, the mountain “expanded both mauka (toward the mountain) and makai (toward the ocean), creating a curtain of fire, a solid line of lava fountains over a mile long,” according to the National Park Service.

Another eruption occurred in 1950, when Mauna Loa’s lava traveled 15 miles to the ocean in less than three hours and lasted 23 days.