K2 could be one of the largest comets Earthlings have ever seen. 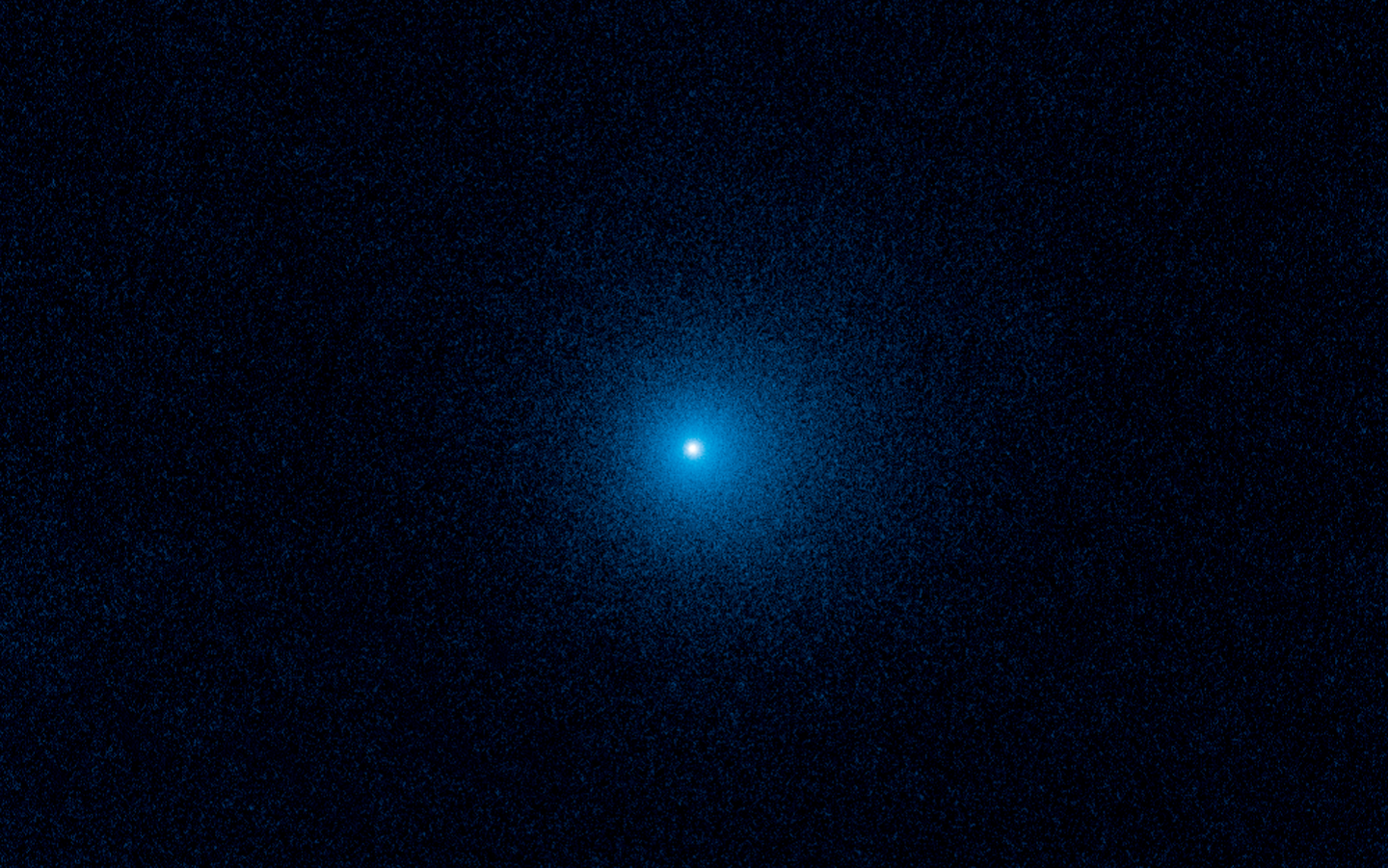 Hubble snapped images of K2 in 2017 when the frozen visitor was 1.5 billion miles from the Sun, just beyond Saturn's orbit. Even at that remote distance, sunlight is warming the frigid comet, producing an 80,000-mile-wide coma that envelops a tiny, solid nucleus. NASA/ESA/D. Jewitt (UCLA)
SHARE

Skygazers will have an eventful night this coming Wednesday. An enormous comet is cruising through our solar system, which coincides with a so-called supermoon—the biggest and brightest view of a full moon in 2022. The comet, named C/2017 K2 (PanSTARRS) and nicknamed K2, is estimated to be about 18 to 100 miles wide. Astronomers from NASA expect it to make its closest approach towards Earth on July 13 with the most visibility on July 14.

The K2 comet was first detected through the Hubble Space Telescope in May 2017 between the orbits of Saturn and Uranus—about 2.4 billion kilometers from the sun. NASA reported it was the farthest they have seen a comet enter the solar system’s planetary zone. The K2 comet is believed to have originated from the Oort Cloud, a spherical layer of icy objects where the temperature reaches -440 degrees Fahrenheit. The Oort Cloud is located in the outermost region of our solar system.

NASA experts speculate most long-period comets—meteors that take more than 200 years to complete their orbit around the sun—come from the Oort Cloud. The city-sized comet of ice and dust may have been gravitationally expelled from the Oort Cloud, beginning a journey spanning millions of years that includes a passing visit to the Earth.

[Related: The biggest comet ever found is cruising through our solar system’s far reaches]

Despite the comet’s massive size, it might be hard to spot at first. While it makes its closest approach to Earth on July 13, it will still be about two Earth-sun distances away. ” It would easily have been a naked-eye comet had it arrived half a year earlier or later,” Quanzhi Ye, an astronomer at the University of Maryland who specializes in comets, told Space.com.

For a first-hand look at K2, your best bet is to use a small telescope or binoculars. You’ll want to scan for a dim patch of light, which is likely the tail of the comet, at around 11 p.m. EDT on July 14.

Depending on which night you hunt for it, the comet will appear in different places in the sky. On July 14, it will seem to be located near the star cluster called Messier 10; by mid-August, it will be positioned as though it’s at the tip of the constellation Scorpius. (A stargazing app such as Stellarium can be a big help to find celestial objects on the move.)

The comet will remain viewable for people living in the Northern Hemisphere with a telescope until September as it makes its way toward the sun near the end of the year. A live-stream for the K2 comet will be available Thursday at 6:15 p.m. EDT.

The supermoon will also be visible the evening of July 13 through the morning of July 14. The Virtual Telescope Project is live-streaming the event starting at 3 p.m. EDT on Wednesday. Because the moon will appear at its brightest, without the right telescope, the dazzling light could make it hard to see fainter objects in the heavens like the K2 comet and summer stars.

Correction (July 12, 2022): On readers’ requests, this story has been updated to include additional information for locating K2. The times were also changed from EST to EDT.