The most precise atomic clocks ever are proving Einstein right—again

One of the atomic clocks can track time to within one second over 300 billion years. 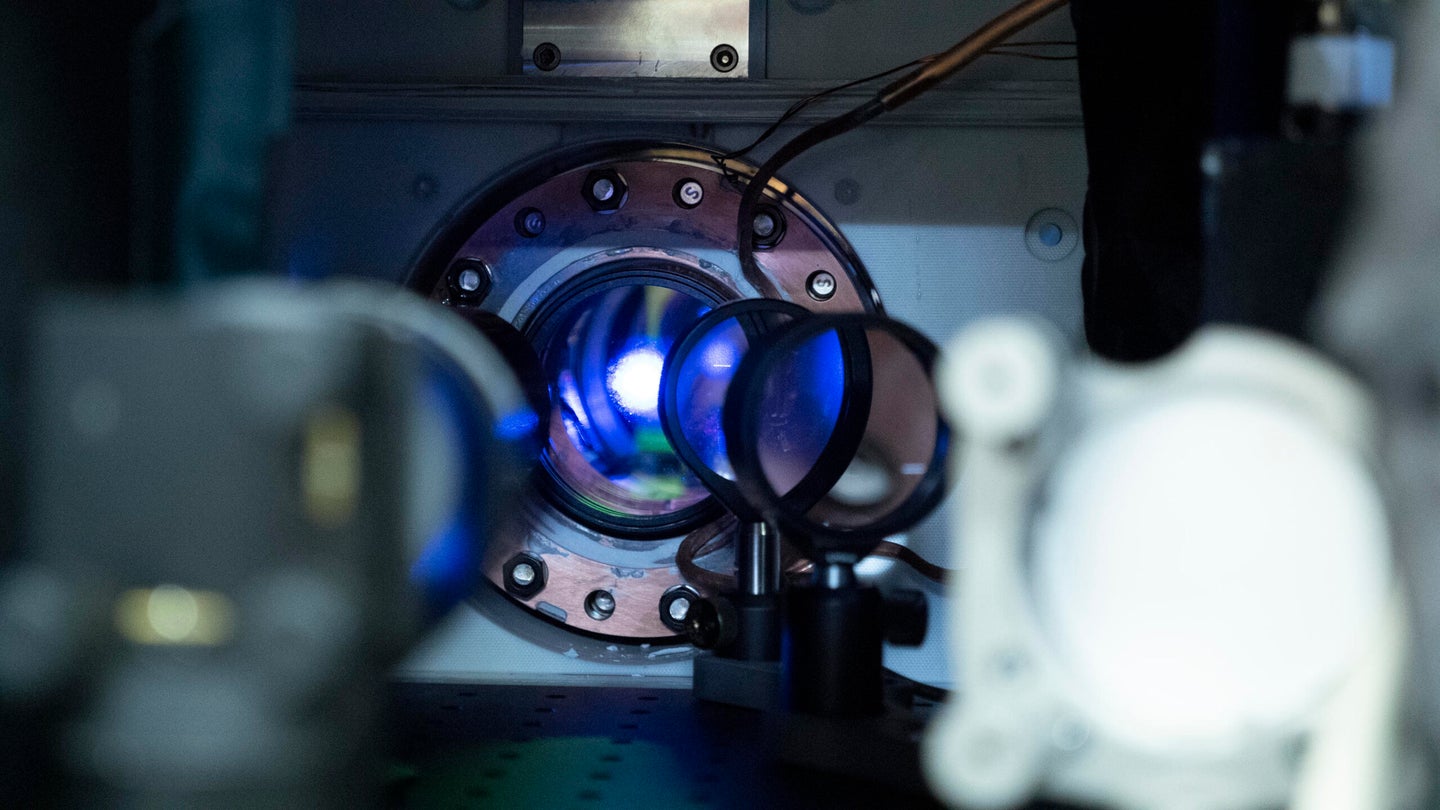 An atomic clock at the National Institute of Standards and Technology's JILA. Jacobson/NIST
SHARE

For most of human history, we kept time by Earth’s place in space. The second was a subdivision of an Earth day, and, later, an Earth year: The timespan was defined by where Earth was. Then came the atomic clock.

Scientists delved into atoms of the element cesium, where a process called the hyperfine transition emits and absorbs microwaves, which scientists could time very precisely with the help of a vibrating quartz crystal. That underpins the basis of how scientists measure time today, and allowed them to craft a more accurate definition of the second in 1967.

That definition hasn’t changed significantly in over half a century, nor has the timing of the atomic clocks used to create it. Those clocks wouldn’t have lost a second since the extinction of the dinosaurs. But better atomic clocks are here, and they’re good for more than just keeping time—they’re great physics tools, too.

Now, two different groups have created clocks that can measure subtle physics within the clocks themselves. The research teams published their respective results in two different papers in the journal Nature on February 16. These new clocks can measure one of Albert Einstein’s predictions—time dilation due to gravity—on the smallest scale yet.

Cutting-edge atomic clocks such as these use neither cesium nor quartz. Instead, their foundation is pancake-like structures of super-chilled strontium atoms. Their operators can control the atoms using a laser that emits visible light. Hence, they’re called “optical clocks.”

The Madison clock can keep time to within one second over 300 billion years—over 20 times longer than the age of the universe. That would have been a world record, but this clock is not even the most powerful one out there. It’s outmatched by another multi-clock at JILA, a joint project of the National Institute of Standards and Technology (NIST) and the University of Colorado, Boulder.

[Related: Researchers just linked three atomic clocks, and it could change the future of timekeeping]

Having multiple “clocks” in the same device isn’t necessarily useful for timekeeping. (Which clock do you watch, for instance?) But they do allow you to compare the clocks to each other. Since these clocks are very, very precise, they can measure some very precise physics. For instance, the Boulder group could test time dilation within one device.

“It’s kind of been, up till now, something you find by comparing separate clocks over distances,” says Tobias Bothwell, a graduate student at JILA and NIST.

According to relativity, time slows the faster you go as you approach the speed of light. Gravitational fields can cause the same slowdown, too: The stronger the field, the greater the time dilation. Take Earth. The closer you are to Earth’s center the more Earth’s gravity is pulling you down, and the more time dilation you experience.

In fact, you’re experiencing time slower than birds above your head, and the stuff under your feet is actually experiencing time slower than you are. Earth’s core is actually 2.5 years younger than Earth’s crust. That might sound like a lot, but against our planet’s 4.6-billion-year-long history, it’s not even a drop in the bucket of time. Yet scientists have been measuring these kinds of subtle differences for decades, using everything from gamma rays to radio signals to Mars to, indeed, atomic clocks.

In 1971, two scientists carried atomic clocks on board commercial flights and flew them around the world, one in each direction. They measured a subtle difference of several hundred nanoseconds, matching predictions. In 2020, scientists used two clocks, one 1,480 feet above the other at the Tokyo Skytree, and found a difference that again proved Einstein correct.

NIST had already gotten down to the centimeter level. In 2010, scientists at NIST performed a similar measurement using different clocks about a foot apart.

In one of the new studies, two strontium pancakes in a single device were separated by even less: about a millimeter. After 90 hours of collecting data, the Boulder group were able to discern the subtle difference in the light, making a measurement 50 times more precise than any before it.

The record for their measurement before was observing a dilation—a difference in the light’s frequency—to 19 decimal places, says Bothwell. “Now, we’ve gone to 21 digits…Normally, when you move a single decimal, you get excited. But we were fortunate to be in a position where we could go for two.”

Theise, according to Kolkowitz, are “very beautiful and exciting results.”

But Kolkowitz, who wasn’t part of the NIST study, says that NIST’s clock has one disadvantage: It is not so easy to take out of the lab. “The NIST group has the best laser in the world, and it’s not very portable,” he says.

He sees the two groups’ work as complementary to each other. The Boulder clock could measure time and other physical properties with ever-greater precision. Meanwhile, he thinks a more mobile clock, similar to the one at Madison, could be carried to a number of settings, including into space to search for dark matter or gravitational waves.

While it’s pretty cool to prove that basic physics works as Einstein and friends figured it does, there are actually quite a few real-world applications for this sort of science, too. Navigation, for instance, could benefit from more accurate clocks; GPS has to correct for time dilation. And measuring the strength of time dilation could allow you to measure gravitational fields more precisely, which could, for instance, look under Earth’s surface.

“You can look at magma plumes under the Earth, and figure out, maybe, when a volcano might erupt,” says Aeppli. “Things like that.”

Correction March 2, 2022: A previous version of this story stated that Earth’s core is about 2.5 years older than its crust. In fact, thanks to gravitational time dilation, the core is 2.5 years younger.