We talked with judges from two of the world's most prestigious science fairs to get some tips on how to put together a great project and have an even better time. 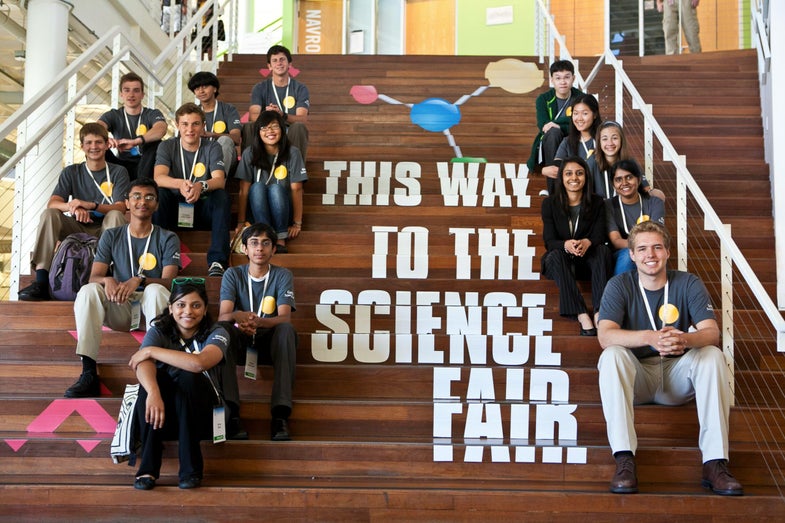 Science fairs offer hands-on experience with the scientific process. Large ones offer their winners tens of thousands of dollars in scholarship funding. Plus, science fairs are really fun. Summer or early fall is not too early to start exploring a project that may not get judged until winter, science fair judges we talked with say.

To get some tips for putting together a winning project, we interviewed judges from two of the world’s most prestigious science fairs, the Intel International Science and Engineering Fair and the Google Science Fair.

Here are the judges we consulted:

Onward to the secrets for a great science project!

Popular Science: How soon should entrants start working on their projects? It’s still summer! What should their first steps be?

Steve Myers: If you have a good idea, start working on it right away, as soon as you can. Get as much information as you can about what has been done before.

There are many things which are well-known truths and proving some of those things is not original. Sometimes people are not trying to cheat or anything like that, but they don’t realize that what they’re doing is proving a very old law of physics, like Newton’s laws or something like that. What they maybe should do is talk to their physics teacher or their math teacher or someone to make sure they’re not going along the wrong path.

Kids nowadays have so much information available to them, they can find things very quickly. It used to take years to do a proper literature search. You had to go to the library because there was no Internet. You had to spend a large part of the day in the library just searching.

Lorna Glaunsinger: Many of the students start maybe in the summer, maybe in the early fall. They maybe explore an area that they’re interested in. They’re not really sure what the crux of the project is going to be. They try a series of experiments.

I’ve been a secondary teacher. If you start in January and you work on it for a couple weeks, it’s not going to make it to the Intel ISEF. 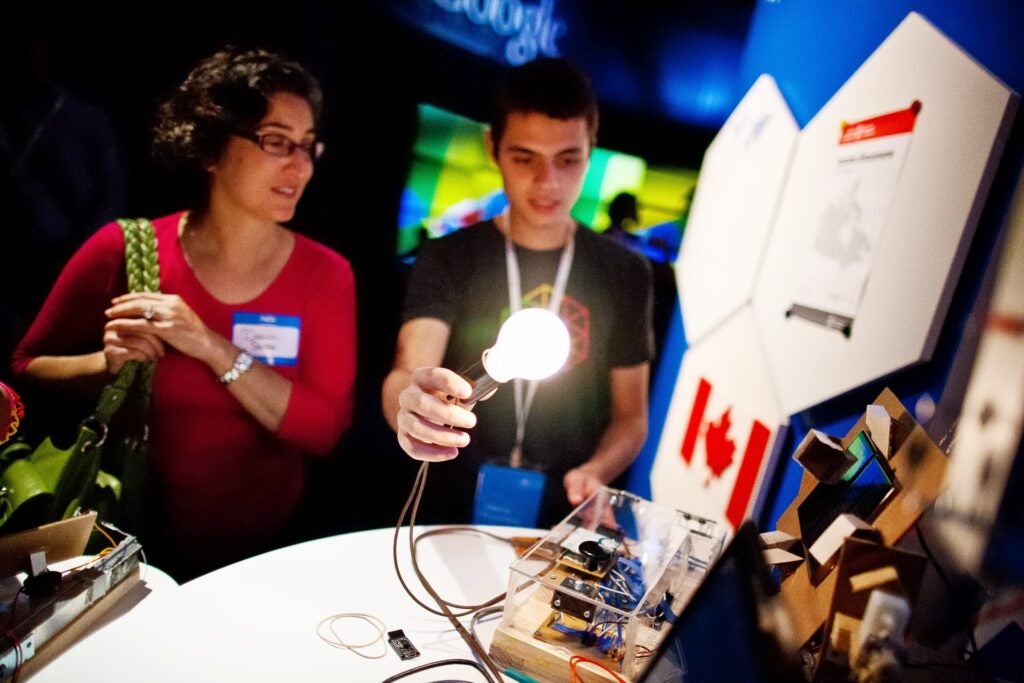 Popular Science: Should students compete in the same fair year after year?

Bill Glaunsinger: That’s also key, to start when you’re young. You have a lot more chances if you do that.

Most students, when they first come to a fair as big and competitive as the Intel ISEF, they might not win a prize. They can come back again. Some come back four times. And they get better and better over time.
It doesn’t need to be sophisticated, if it’s novel and nobody else has thought of it before.

Popular Science: How can students know if an idea is sophisticated enough for the Google Science Fair or the Intel International Science and Engineering Fair?

Steve Myers: I don’t think it needs to be sophisticated, if it’s novel and nobody else has thought of it before. If it’s the application of technology to a field that’s new, that’s fine. I think judges are looking for originality and like seeing you do it from A to Z. You have to have carried it through from the idea to some sort of implementation of it, such as a computer simulation or a prototype.

Bill Glaunsinger: I would refer you to some material that we developed on the Society for Science and the Public website. It’s for the judges, but also the students should pay attention particularly to what’s there. They need to know what the judges are going to look for, how their project is going to be scored.

Another thing that weighs heavily is the interview the judge has at the end. The judges will typically develop a set of questions. Some of them will test the student’s knowledge of basic principles behind the project. Some of the questions will be directed perhaps at the data analysis or the use of statistics. Basically if the student really knows what he or she is talking about and trying to sort out to what extent the work was done independently.

Oftentimes that is scary for the kids, but really the judges are there to support them. The judges fly in from across the country. It’s three or four days of their time. It’s a huge volunteer effort. They do it because they know many of the next generation of scientists and engineers come from this group of kids.

Patricia Bath: I don’t think that the students should even worry about that. I think—just do it. The student should simply submit the application. No, honestly, you don’t want to strike yourself out before you’ve taken a swing at the ball.

Popular Science: What do students get out of entering science fairs, besides the obvious prizes?

Patricia Bath: I think the process is going to educate them about how to conduct scientific research. You don’t just begin the experiment. You think about it. You plan it, you design it and then you use the scientific method.

Steve Myers: It’s all the components of doing research at the university level. I think that’s a very, very useful for thing for children to do, to go through that A through Z.

Lorna Glaunsinger: There’s the opportunity to be able to speak with a professional who understands their project. Because most of the time, the students, when they get to this level, they’re way above their teachers.

There’s the opportunity to talk to their peers who are just as passionate about the work that they’re doing either in science or engineering.

Bill Glaunsinger: There are lots of colleges and universities waiting to find out first or second place at the fair. A lot of times the students will be offered scholarships and internships after the fair. Popular Science: I talked with Google Science Fair finalists in 2011 and noticed a large proportion of the kids had at least one parent who was an engineer or scientist. Many went to very good private schools. That’s really lovely, but I wondered if the playing field wasn’t level in some ways.

Steve Myers: There’s always a danger in these competitions that if you have a very smart engineer or mathematician of a mother or father, they can steer you. It’s very difficult to ascertain where the original idea came from. I think Google is checking that much, much more rigorously now.

There’s always a danger in these competitions that if you have a very smart engineer for a mother or father, they can steer you.There’s the obvious difference between the American contestants and the non-American contestants. [Last year] there were some kids there from Africa. They were so nervous, they could barely speak. The American kids were full of confidence. I think that gives an imbalance to the judging. American schools teach kids to present your ideas, which schools in, say, Spain, don’t. The difference does come out very, very strongly.

I had an idea. You could ask one judge to mentor one of the contestants and help him or her and then when it comes to voting, you don’t have the right to vote for your contestant. I think something like that will normalize it a little bit. But nothing will make that difference go away completely.

Popular Science: Did you enter science fairs when you were in school?

Lorna Glaunsinger: Yes, definitely. At that time, I was just competing at a local level. I never made it past my local fair.

Patricia Bath: When I was a high school student, I was selected to participate in a National Science Foundation project, which I guess is like a science fair. As a result of that, I did research, which was incredible. Not only did I do research, but I actually was a part of a publication that resulted from that research and that was an exciting moment in my life.

Steve Myers: No, never. I don’t think I would have done one, anyway. It wasn’t part of the culture where I grew up, competing in scientific projects.

Popular Science:Where did you learn to do university-level research, then?

Steve Myers: At university. And then later, where I am now, in CERN in Geneva. But I think it’s great kids can get involved in that at a young age. It’s great preparation for university.