Have Modern Scientists Made Any Advancements In Alchemy?

Ancient alchemists tried just about anything to turn lead into gold. But if they had just had a laser, they... 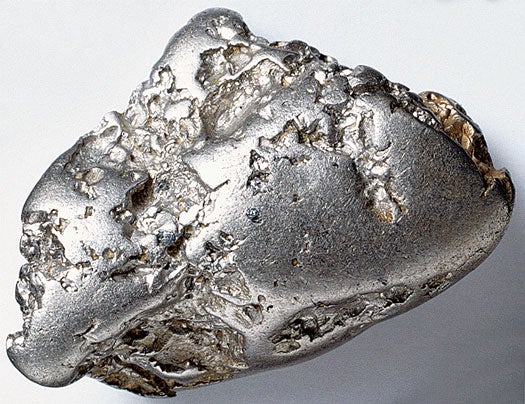 Ancient alchemists tried just about anything to turn lead into gold. But if they had just had a laser, they might have been able to make pseudo-platinum.

More than half of the world’s platinum goes into cars’ catalytic converters, where it helps neutralize the carbon monoxide and nitrous oxide in exhaust. That demand is what drives platinum’s price up. In 2009, Penn State University chemist A. Welford Castleman, Jr., used a laser to kick an electron off a molecule of tungsten carbide, giving it properties that allow it to act as platinum does. Tungsten carbide, a metallic compound just one thousandth the cost of platinum, won’t pass as an engagement ring, but it could bring down platinum’s price by stepping in for grittier jobs.

Castleman hopes to repeat the trick with groups of tungsten carbide molecules, while also finding stand-ins for other rare elements. Like the alchemists, he still hasn’t figured out how to transmute lead to gold, but he’s happy to mimic the rest of the periodic table.