FYI: Did Cavemen Get Athlete’s Foot?

Hard to know, says Will Harcourt- Smith, an expert on early-human fossils at the American Museum of Natural History in... 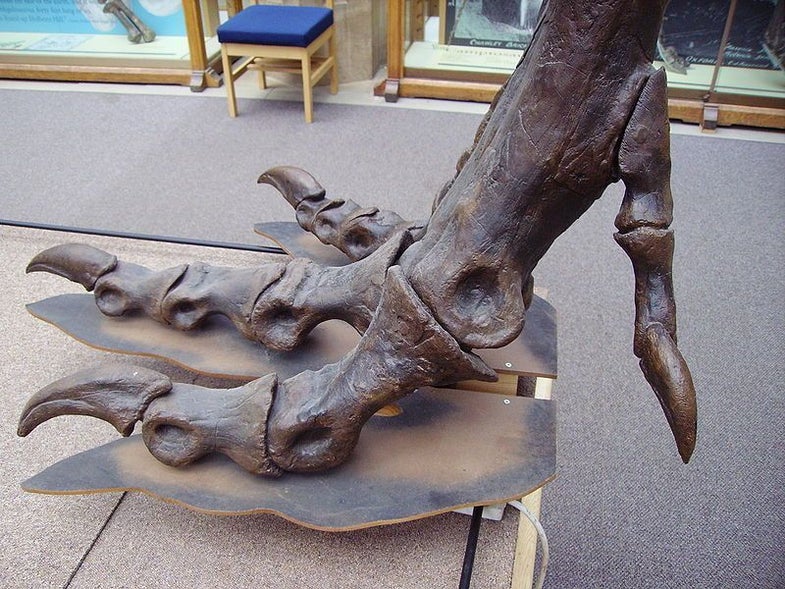 Hard to know, says Will Harcourt- Smith, an expert on early-human fossils at the American Museum of Natural History in New York. “Some infections leave their mark on bones. Athlete’s foot is not one of those infections. But if we make some logical assumptions, we might be able to make a good guess.”

Athlete’s foot is a fungal infection of the skin—typically by fungi of the Trichophyton genus—that causes skin to scale, flake, and itch. Which makes us ask: Did cavemen even encounter this fungus? “The fungus that causes athlete’s foot was definitely around back then, and probably much earlier,” says Tim James, who specializes in fungi evolution at the University of Michigan. “Like all fungi, it thrives in moist, unhygienic environments, which is why most people pick it up in locker rooms. I don’t imagine that a caveman’s dwelling, with a dirt floor covered in animal remains, was a very sterile place.”

Cavemen would have had to have worn shoes.But just walking around in fungus doesn’t cause athlete’s foot. Cavemen would have had to have worn shoes. “It turns out that athlete’s foot is a disease of shod populations,” says Bob Neinast, the lead blogger for the Society of Barefoot Living. “Anyone can pick up the fungus, but the thing to keep in mind is that it grows really well in a warm, dark, moist environment. That’s the inside of a shoe.” People who go barefoot, Neinast says, rarely get athlete’s foot, most likely because exposure to fresh air keeps their feet too dry for the fungus to take hold and multiply.

Which leads us to ask: Did cavemen go barefoot? “Within around 10,000 years ago, people had lovely shoes,” Harcourt-Smith says. Our ancestors might have moved out of caves and into small villages by that time, he notes, but their footwear was still quite primitive, consisting of leather wrappings sometimes stuffed with grass for insulation (at least during cold weather). “If the shoes got damp and the person wore them often enough, that could have encouraged athlete’s foot,” he says.

Even the worst case of athlete’s foot wouldn’t have killed a caveman, but it could have impaired his quality of life. “If the irritation gets bad enough, it will stop you in your tracks,” says Cody Lundin, an outdoor survival- skills instructor who has gone barefoot for 20 years. “That would be unacceptable for a hunter population.” Without antifungal sprays or creams, how would they have fought the burn? They might have been able to cook up a remedy. “If you take the green parts of a juniper plant and boil them, the mix makes a wonderful fungicide that will work on athlete’s foot. Indigenous people might have used it,” Lundin says. “Works great on jock itch, too.”

This article originally appeared in the December 2010 issue of Popular Science_ magazine._