Did I Participate In A Pyramid Scheme?

How college students like me get recruited into multi-level marketing, which seems to defy the laws of mathematics 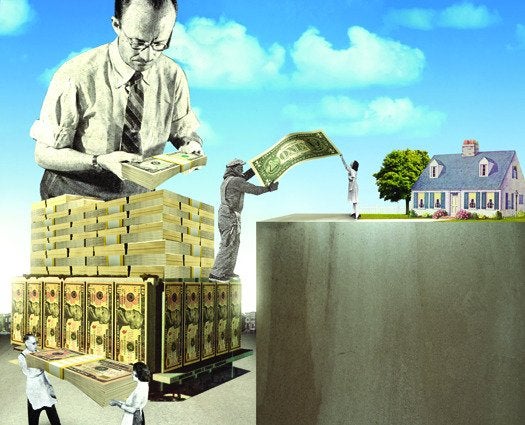 People dressed in business suits, many of them about my age, began to fill the rows of seats inside a private room at the Proud Bird restaurant near LAX. I was brought, along with a couple of other Loyola Marymount students, by a pretty girl who had approached me earlier that week after our theater class with a vague but intriguing invitation to come with her to check out some sort of money-making opportunity. I was a freshman facing years of tuition and other student costs, so “money-making opportunity” had a nice ring to it.

After everyone had taken their seats, a man wearing an expensive-looking suit came up to the stage to introduce himself and the company we were there to learn about. He took us through a PowerPoint presentation about the company’s credentials with the Better Business Bureau and its successful track record in the business of selling legal insurance. He explained the value of these legal insurance plans, which give members 24/7 access to a variety of legal services for a monthly retainer that is a fraction of typical attorney fees.

My initial excitement turned into disillusionment as I began to see the business for what it was.However, the focus of the night’s presentation was to share with us the great opportunity the company provides those who want to make easy money while setting their own schedule. He told us about how the residual income he was earning through the company had enabled him, a young man only a few years out of college, to afford an enviable lifestyle, which included living in a waterfront condominium in Marina Del Rey and having all the vacation time he wanted. He explained that this income came every month in the form of overriding commissions he received on the sales made by those whom he recruited into the business—and in turn by those people that his recruits had brought to the business. Several other speakers shared their own triumphant stories of selling and recruiting for the company.

Then came the crux of the night’s event—the sales pitch. Sign-up forms were distributed, and the main speaker informed us that for only a limited time, those of us present could join in on this exciting opportunity for the low price of $125 and the purchase of a monthly membership. He reminded us that we were all there because we’d been invited by somebody, somebody who’d been getting paid for recruiting us as new members. How hard could it be? That very night, coaxed by the pretty girl’s assurances, I signed up to become an associate, thus beginning my brief but memorable experience with this company.

My story is in many ways typical of the methods many multi-level marketing companies use to recruit thousands of college students into their ranks every year. Multi-level marketing (MLM), also known as network marketing, generates income at least in part through the continuous recruitment of new associates into the business of selling a product or service. Often, these newly recruited associates or distributors have to pay considerable start-up costs or purchase large quantities of the products upfront, in addition to covering any business expenses they incur once they join. These businesses generally feature compensation plans that allow participants to earn income through commissions on their own sales as well as overriding commissions on sales made by their “downline”—anyone whom they recruit and anyone those recruits have subsequently recruited. This multi-tiered system of sales and recruitment grows geometrically in theory from one level down to the next, and if perpetuated indefinitely, in a manner resembling a pyramid with an ever-expanding base.

Since the mid-20th century, a multitude of companies employing variations of this business model have established themselves, with some of the better known being Amway, Avon Products, Herbalife, Mary Kay, Tupperware, and Vector Marketing. Associates working for these companies are independent contractors rather than salaried employees, and are generally expected to utilize relationship referrals and word-of-mouth marketing to sell their products directly to consumers.

My new company’s way of doing business became even more apparent during my team’s first meeting. At a small Internet café near LAX, I met with the pretty girl, our “team leader,” and four other new associates to go over our strategy and goals for the week. To start bringing in new people ourselves, the team leader had us each write down a list of personal contacts, whom we would then call. We were to establish contact with as many of our friends and acquaintances as possible using a script very similar to the one pretty girl had interested me with, which began something like Hey [name], I’ve only got a minute, but I’m working on this really exciting project that I thought you might be interested in …

In the span of a few days, my initial excitement turned into hesitation and eventually disillusionment as I began to see the business for what it was. Once I joined, hardly any mention was made of actually selling the products or services we supposedly offered; it was all about recruitment, recruitment, recruitment. Under pressure from my team leader to try to get my friends involved in this business, I realized that using misleading tactics to get people I knew to make an investment would be necessary if I was going to have any sort of return on mine.

MLMs use business models that seem unsustainable under the laws of mathematics.While the concept of multi-level marketing is nothing new, the pyramid-like structure of this business model is the cause of some controversy. Pyramid schemes are ventures that generate revenue through an endless chain of recruiting new buyers (in this case “distributors”). “My” company seemed to have little interest in the sale of a legitimate product or service to an end consumer. While the sale of a marketable product or service to an end consumer is commonly viewed as the distinguishing aspect between legitimate MLMs and pyramid schemes, there are many who contend that they are one and the same.

Given the many forms of pyramid-structured businesses out there, and the variations amongst them, it is difficult to give an absolute verdict on what is and what is not a pyramid scheme. The Federal Trade Commission has said that a pyramid scheme involves forcing participants to buy more product than they could ever personally sell, and for those sales to occur only within the network of recruited distributors.

But it’s hard to draw clear lines, and not just for impressionable students. The most notorious MLM these days, the nutritional supplement company Herbalife, is the subject of an epic showdown between legendary Wall Street investors, who disagree vehemently over whether that publicly traded company is a booming business or a total pyramid-shaped sham.

By its own design, a system driven by the recruitment of new people into an ever-expanding marketing network, if perpetuated successfully, will lead to market saturation—with too many sellers peddling to too few buyers. If a pyramid scheme started by six people who each recruit another six people continues to grow in that fashion, the number of people involved at level 11 will exceed the population of the U.S. Level 13 would contain more than twice as many people as populate the Earth. Well-run franchise businesses, in contrast, limit “membership” to the club of sellers: imagine how much less valuable your McDonald’s franchise would be if the company allowed outlets on every block.

Since MLMs use business models that seem unsustainable under the laws of mathematics and the principles of supply and demand, it’s no wonder the vast majority of participants—most statistics put this percentage well into the 90s—in recruitment-driven businesses end up walking away with a net financial loss.

The vibe was more cultish than corporate.I was completely unaware of all this when, on my first weekend as an associate, I was pressured into attending a full-day, unpaid sales conference in Orange County. Company associates from all over Southern California converged on the convention center in Anaheim to hear from some of the top names in the company. The vibe was more cultish than corporate. As if on cue, those in the congregation would rise, clap, and sit back down before and after every speech, and would listen intently to every word being said as if it contained the key to their success.

Despite my misgivings, I still wanted to believe what I was hearing. I wanted to believe, as it seemed everyone else in the audience did, that the opportunity to achieve success with the company was real—and legitimate. But, within a week of joining and after much deliberation, I finally worked up the nerve to call my team leader to say I was quitting. I promptly mailed in the official forms in order to terminate my membership with the company and have my start-up payment returned before the refund period was over. Though I managed to get back most of my initial $125 dollar investment, many who join MLM companies aren’t so lucky.

This spring, I was invited by a friend to an informal sit-down at his buddy’s apartment. “I was wondering if you wanted to check out something one of my friends is involved in so I could have your input,” his oddly vague text message to me read, “its hard to explain over text sorry.” Sure enough, shortly after my friend and I arrived, I found myself among an audience of 15 or so, listening to a presentation on becoming “brand partners” to market a company’s energy drinks. After introducing the product, sharing their stories, and explaining the business model to us, the presenters predictably concluded the event by extending us the opportunity to become “brand partners”—with the purchase of $500 or $1,000 worth of product.

These marketers did such a good job in trying to convince us of the legitimacy of their business that by the end of their spiel I could not say with absolute certainly whether this was a scam or not. But this time I was definitely not about to find out.

Darrin Moret is an L.A. native and recent graduate of Loyola Marymount University. This article was republished with permission from Zócalo Public Square.