Why Deaf People Don’t Achoo When They Sneeze

You may not know it, but peer pressure influences what you sound like when you sneeze. 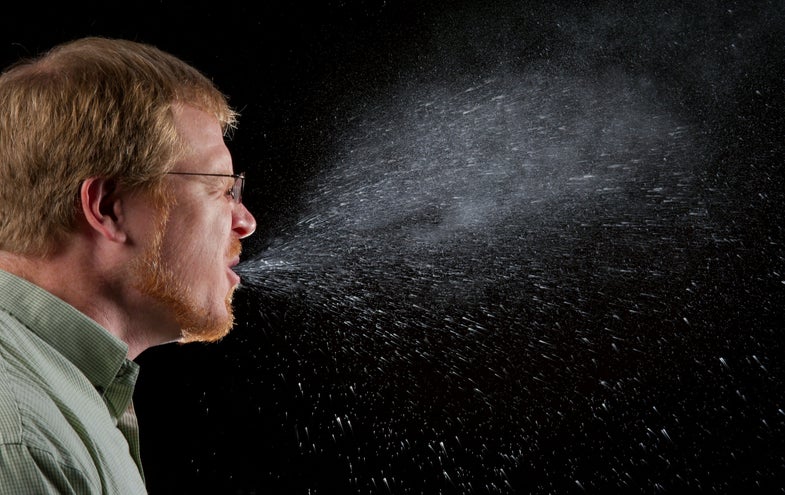 Sneezing feels—and is—so involuntary, yet apparently you do still have some control over what you say when you sneeze. “Achoo!” is particular to English speakers, the BBC’s Ouch blog reports, and deaf people just make the sounds associated with the movement of air a sneeze represents.

In other cultures, hearing people choose different “sound effects,” indicating that achooing is by no means inevitable. French speakers sneeze to achoum, for example, while Japanese speakers say hakashun. Those sound similar to achoo, but aren’t exactly the same. Bencie Woll, a researcher who studies deaf communication at the University College London, explained why for Ouch. Sneezes do make some sound that people aren’t able to control, but people are able to modify the sound, depending on what seems socially appropriate. Laughter works similarly. You gotta make noise when you laugh, but you are able to stifle or amplify it.

Swinbourne seems to have intuited this about hearing people. “As they sense a sneeze coming, the hearing person’s brain sends out an alert saying: ‘EMERGENCY! YOU ARE ABOUT TO SNEEZE. IN PUBLIC. MAKE THIS SOUND NORMAL.’ And, in a split second, they add SFX: Ah-choo,” he wrote in April.

The unconscious pressure to sound like everyone else can be strong enough even to influence partially deaf people like Swinbourne. He wrote that he unconsciously achoos in public, while sneezing more quietly at home.