Can The Expansion Of Cell Phone Coverage Lead To Violent Conflict?

A recent study found statistically significant evidence, but there is still more research to be done. 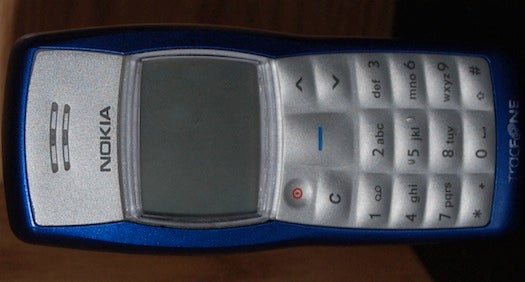 The great promise of cell phone networks is easier, cheaper, more direct communication between more people. There’s no way to tell, once people have a new, easier means of coordination, the kinds of activities people will then use it for. A recent study looks at violent conflict facilitated by the spread of cell phone communication, and concludes “the availability of cell phone coverage significantly and substantially increases the probability of violent conflict.”

The study appears in the print edition of this month’s the American Political Science Review, and it makes a bold claim. The authors, Jan H. Pierskalla of German Institute of Global and Area Studies and Florian M. Hollenbach of Duke University, narrowed their focus to conflicts and cell phone use in Africa. Africa offered an ideal juxtaposition of circumstances: a rapidly expanding cell phone network that connects areas previously not reached by any form of long-distance communication and ongoing civil conflicts.

To plot the conflict, the authors first used a map that divides the continent into squares approximately 21 miles by 21 miles. They then ignored all squares where there wasn’t any violence in 2008, leaving only 3.3 percent left. Accounting for other factors, such as proximity to a border or capitol (either of which can increase conflict) and terrain (such as mountains or jungle favored by insurgents and guerrillas), the researchers plotted increases in cell phone coverage from a baseline of coverage in 2007.

Thus, holding everything constant and extending cell phone coverage to a grid cell is estimated to increase the probability of a conﬂict event occurring by 50% for the standard logit model and up to nearly 300% for the ﬁxed effects model.

Compared to the baseline probability with no cell phone coverage, areas with cell phones are much more likely to experience violent events.

There are reasons to be skeptical. First, the study cannot prove a causal relationship. The researchers themselves acknowledge this, writing:

Our results only imply an association at the aggregate level of the spatial unit and do not reveal the exact causal mechanism in operation or the role of individual-level behavior.

Also, there is an unclear relationship between documenting and coordinating violence. Writing at The Smoke-Filled Room, political scientist Chris Clary argues that the the same data used to claim cell phone coverage increases the probability of violence could be used to say that cell phones enable better reporting on violence–something the researchers didn’t adequately control for. It’s likely that the truth lies somewhere between great incidents of violence and greater reporting.