New findings on what human activities are able to trigger earthquakes, and what kinds of quakes we may be setting off 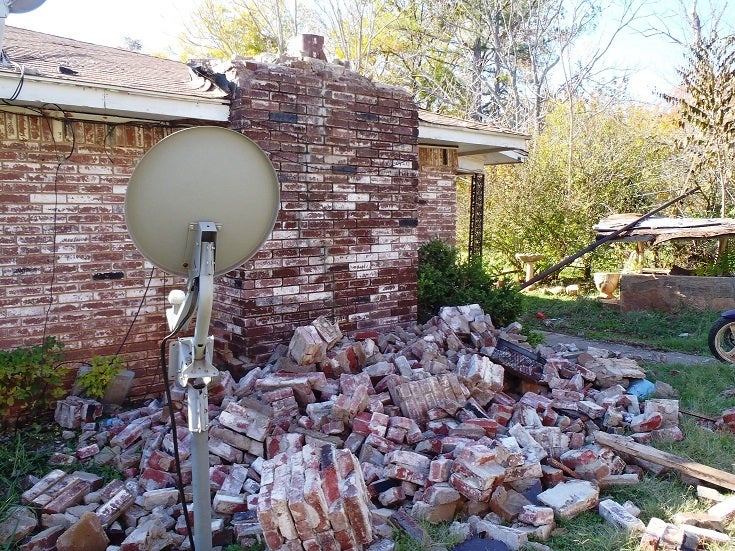 In the past few years, scientists have linked an oil-and-gas industry practice, called wastewater injection, to increased earthquakes in normally quiet places like Oklahoma and Texas. Now, a new study says wastewater injection could make American Midwest faults more vulnerable even to major seismic activity halfway around the world.

The study linked three major earthquakes outside the U.S. to mid-size shakers near injection sites in Oklahoma, Texas and Colorado. Here’s one example: The study found that the enormous earthquake that devastated eastern Japan in March 2011 triggered a swarm of quakes—the largest was magnitude 4.3—near Snyder, Texas. The study also found a distant trigger for the Prague, Oklahoma, quakes that we’ve covered before.

Now, causes and effects are pretty important here, so let’s break down the implications.

Not all Midwest quakes are necessarily related to human activity, as the area does have faults and has hosted natural earthquakes in the past. However, the uptick does seem to be injection-related. * Earthquakes of magnitude 8.0 and higher send big shockwaves all over Earth. In the past, scientists have concluded that such major quakes are able to trigger distant, naturally weak faults. Now, a team of geologists from Columbia University and the University of Oklahoma have determined that the same thing can also happen to faults that people have artificially weakened through drilling activities. * Injection-triggered earthquakes are usually small, magnitude 1 or 2, and barely perceptible to townsfolk nearby. When Prague, Oklahoma, was hit by two earthquakes of magnitude 5.0 and higher in 2011, researchers debated whether those quakes were injection-triggered. A peer-reviewed study said they were; the Oklahoma Geological Survey, which hasn’t yet published their conclusions formally, said they weren’t.

This latest study finds some evidence that those severer quakes may be injection-triggered. At least half of the magnitude 5.4 and higher earthquakes in the Midwest occurred near wastewater injection wells, the Columbia-Oklahoma team found by analyzing earthquake records

This and similar studies could help scientists better predict when and where human activity-triggered earthquakes will occur. In the examples the Columbia and University of Oklahoma researchers analyzed, a big, overseas earthquake preceded a swarm of small quakes around certain wastewater injection sites. Then, months later, a larger quake would hit where the swarm occurred. A swarm could serve as a warning and risk factor for a large quake later, Nicholas Van der Elst, a seismologist at Columbia who worked on the new study, told Nature.

At the same time, there’s more to learn. Quakes also occur near injection sites without a warning swarm, Nature reports.

The new study appeared yesterday in the journal Science, which also published two other studies on human activity that triggers earthquakes. One study looked at earthquakes triggered by a geothermal project in southern California. Another reviewed previous studies of waterwater injection and fracking-related quakes.