It'll spend the rest of its life orbiting the sun. 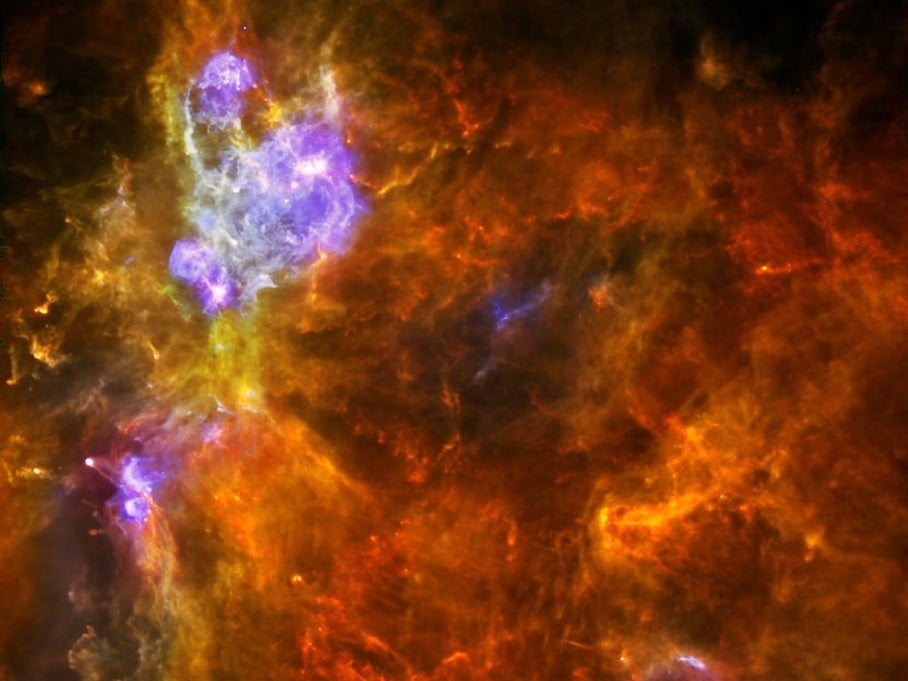 The space telescope known for its images of the puffy birth-clouds of young stars stopped working yesterday. It ran out of the helium it needed to cool its instruments close to absolute zero.

The European Space Agency’s Herschel space telescope, launched in 2009, worked for about as long as scientists expected it to. It’ll now undergo some final tests, and then European Space Agency engineers will pull it into the sun’s orbit, where it’ll stay indefinitely.

Herschel’s mission was to study the origin of stars and galaxies. It was the first telescope to cover such a wide range of wavelengths of light, from far-infrared to sub-millimeter wavelengths. It was able to detect especially cold regions of space that were invisible to other observatories. Data from Herschel helped astronomers determine that galaxies formed far more stars during the first few billion years of cosmic history than previously thought, according to the European Space Agency. 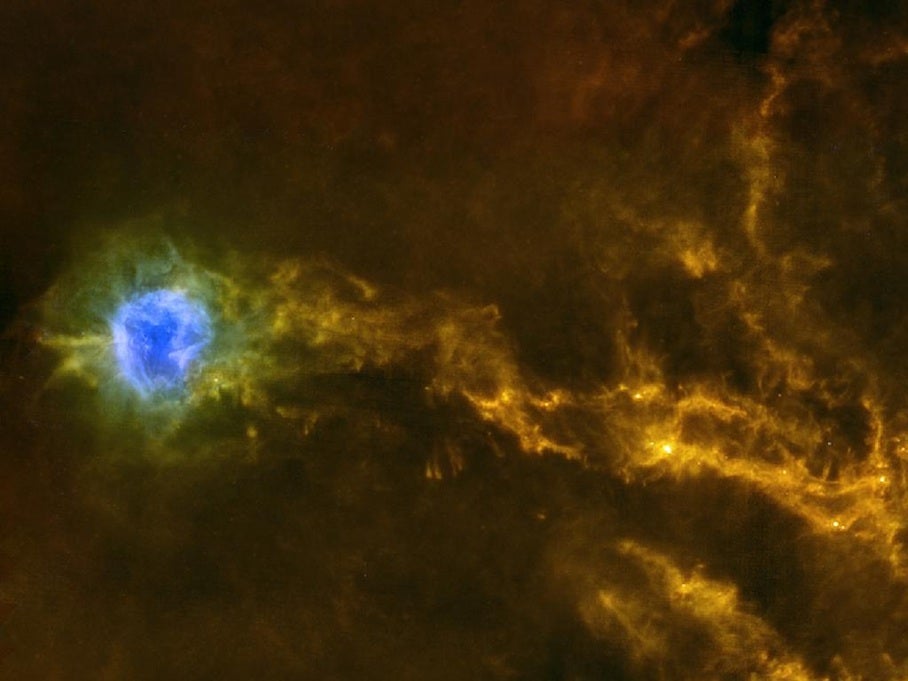 This Herschel image shows dense filaments of gas with stars forming inside. The Cocoon nebula, a star nursery, appears in blue.

Herschel also provided data about chemicals present in other objects in space. Astronomers used the data to find what other places have water, for instance. They found a pre-stellar core in the Taurus molecular cloud has as much water, in the form of ice, as millions of Earths. A protoplanetary disc around the star TW Hydrae has as several thousand times more water than Earth, in the form of water vapor. When that disc forms planets, there should be plenty of water available to cover those planets, Frank Helmich, who leads the science team for one of the instruments onboard Herschel, said in a news release from the European Space Agency. 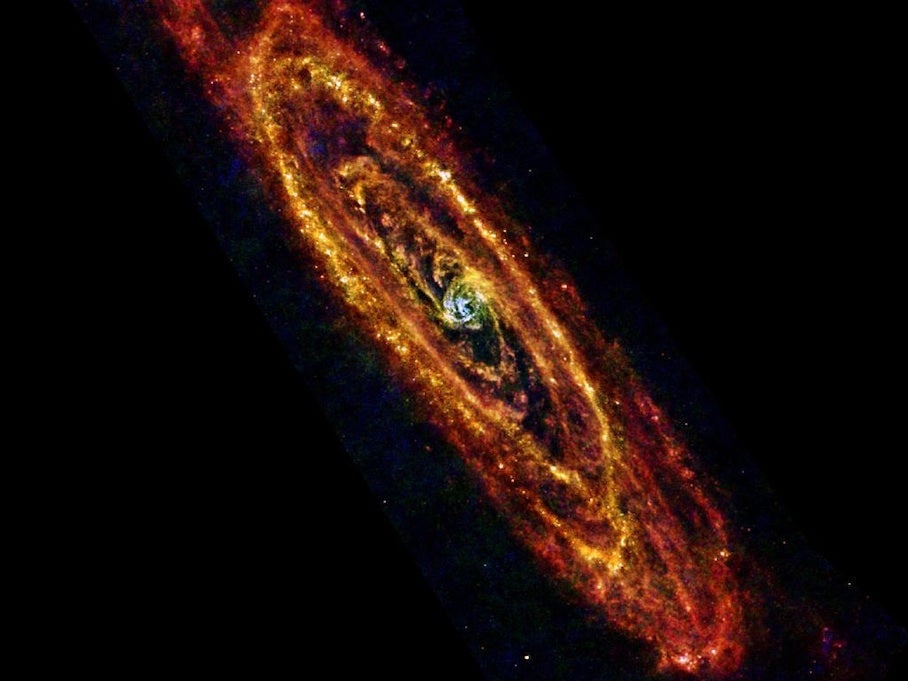 This is a Herschel image of the Andromeda galaxy, the nearest galaxy to the Milky Way, shows new stars forming in the reddish, cooler regions of the galaxy. Older, hotter stars appear in the blue in the middle.